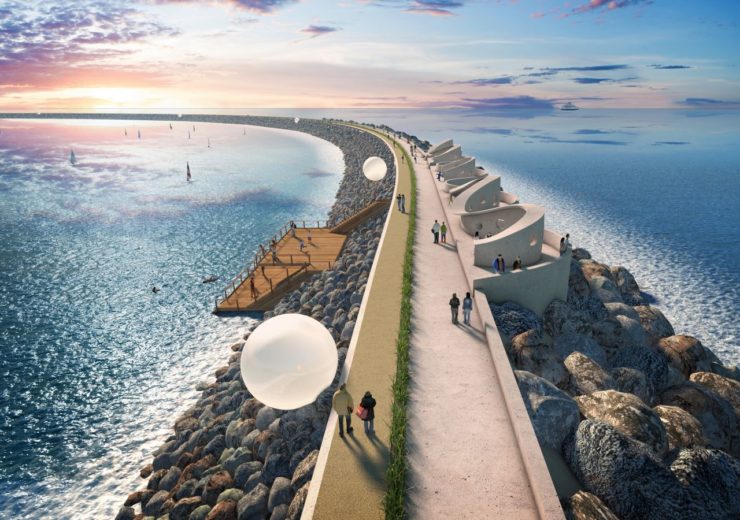 What started out as an innovative idea to harness the power of the tides has since become another tale of funding difficulties in the energy sector as the £1.3bn Swansea Bay tidal lagoon project has struggled to find a buyer.

It had looked dead in the water last year when the UK government rejected the proposal, but following reported interest from a host of private companies the project is now back on its feet.

Its developer Tidal Power, based in Swansea, has said multiple major firms are keen to purchase the green electricty the facility would generate, and are willing to front the money needed to see it through to fruition, with 2025 as a new placeholder for launch.

Here we profile the ambitious project and its troublesome funding history.

What is the Swansea Bay tidal lagoon project?

In March 2015, it was announced the proposed Swansea Bay project – already part of the 2014 National Infrastructure Plan – would be the first of six in the UK.

There were to be four in Wales and one each in Sunset and Cumbria, kickstarting a new industry for Britain, with Tidal Power claiming the programme could generate 8% of the UK’s electricity in return for an investment of £40bn.

The Swansea Bay tidal lagoon power station would work by generating electricity from the natural rise and fall of the tides, capturing large volumes of water behind a man-made structure.

This would then be released in order to drive a series of turbines, using the weight of the water to generate electricity.

The plans involve a six-mile seawall in the shape of a horseshoe in Swansea Bay, with 16 underwater turbines producing energy on the outgoing tide.

Tidal Power predicts it would be capable of producing enough energy to power 155,000 homes and could reach a maximum output of 320 megawatts (MW), all while withstanding freak weather events such as major storms.

Although the Swansea Bay project and its five follow-ups would be the first tidal lagoon power facilities in the world, numerous tidal power plants are already operational in oceans and lakes across the globe.

Funding troubles could be over

In January 2018, the Welsh government considered putting up £200m for the Swansea Bay scheme, but no funding ever came and the UK Government refused to back the project later in the year, casting doubts over its feasibility.

Hopes remained for some time that it would reconsider its stance but Business Secretary Greg Clark’s recent words in Parliament burst that particular bubble.

He said: “No one is more enthusiastic than I about innovation and new technologies, but the truth is that the costs of the proposed [Swansea] project were three times that of Hinkley Point C, and a full programme [of the six lagoons] would make a tiny contribution to our energy supply for a much greater cost.”

The project now has life again, however, after various firms including property company Land Securities, Cardiff airport and developer Berkeley Group expressed interest in signing a power purchase agreement (PPA) for it.

Tidal Power’s business development manager Chris Nutt said: “It is becoming widely understood that there is a huge hole left in our long-term energy demands.

“After the latest cancellation of expected new nuclear capacity our choices, if anything, have become simpler – saturate the UK coastline with offshore wind or invest in groundbreaking solutions like Swansea Bay.”

To date, approximately £35m has been spent on the project and, with the exception of a commercial loan from Welsh Government, this has all been financed privately.