Layoffs, cutbacks and Twitter controversy: A tricky year for Tesla

Financial instability, cuts to staff and the erratic behaviour of founder Elon Musk have all marred Tesla since the beginning of 2018 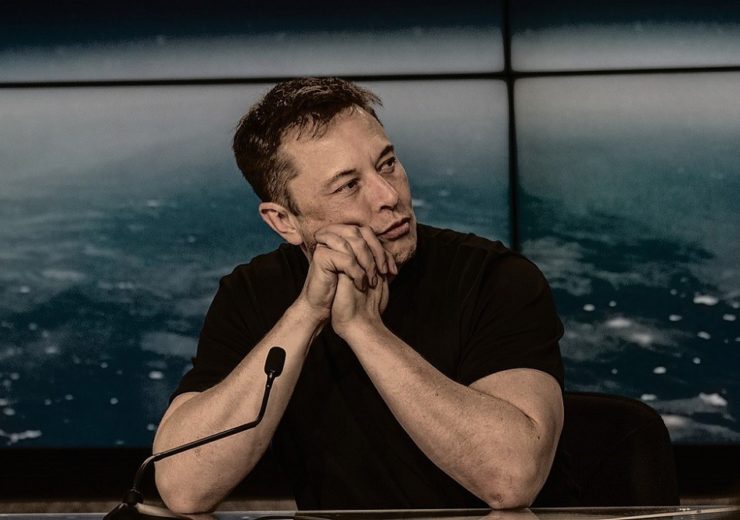 It's been a year of ups and downs for the Tesla CEO Elon Musk (Credit:Daniel Oberhaus/Flickr)

Price changes, plummeting share prices and CEO Elon Musk’s uncanny knack of courting controversy have been par for the course during a difficult year for Tesla.

The automobile manufacturer can consider itself a pioneer in the electric vehicle space and its cars have won numerous awards.

Since going public in 2010, Tesla has managed to build its market share and now competes with legacy auto brands such as Ford and General Motors.

But the journey has not been an easy one.

From disappointing delivery results to autopilot crashes and outspoken bosses, these are the lowlights of Tesla’s past year grouped by the various issues and some of the causes for the company’s record losses.

The Tesla Model 3 was meant to bring electric vehicles to the masses and Musk’s “gigafactories” were supposed to make this dream a reality.

However, production has regularly failed to meet expectations.

At the start of April 2019, the electric car manufacturer revealed its lower than anticipated delivery results.

The company managed to produce 63,000 vehicles – down 31% on last quarter’s return – which resulted in a drop of over 10% in share prices.

“In particular, ramping up volume of the Model 3 and having just one main production facility in the US brings logistics and distribution challenges as shipments start moving to big markets overseas.

“After a disappointing Q1, the rest of the year will have to go very well indeed to hit that.”

In March last year, Tesla recalled 123,000 of its Model S cars due to a fault with the power steering.

The company sent customers emails that explained “excessive corrosion” was to blame and that drivers with the faulty cars would have to use increased force to steer their cars at slower speeds.

It marked the third time the product was recalled and was the largest – equivalent to almost half of the cars the company has ever produced.

One of the biggest selling points for Elon Musk’s vehicles is the autopilot mode.

The self-driving features include self-parking, automatically changing lanes, exiting the motorway when your destination is near, and the ability to navigate towards the owner from a parking spot.

However, the futuristic technology has been blamed for several crashes over the past year.

One fatal crash in California happened while the vehicle was operating in autopilot, while another Model S collision is under investigation.

Another driver in New Jersey claimed he couldn’t disengage the autopilot system after it collided with signs on the roadside, although Tesla disputes this.

The semi-autonomous feature has also been reported to be susceptible to driving into stationary vehicles – especially fire engines.

The forthright founder and CEO of Tesla, Elon Musk, has played a big role in the company’s success and is synonymous with Tesla.

However, he has been known to court controversy on social media.

In 2018 he accused a British diver, who helped rescue a group of Thai boys trapped in a flooded cave, of being a “pedo” over the social media channel.

The Brit responded by suing Musk for defamation over the libelous accusation.

In a separate tweet to his 25 million followers, Musk announced he was considering taking the company private when it reached $420 per share.

The tweet caused share prices to fall and prompted an investigation from the regulator Securities and Exchange Commission (SEC) as it’s illegal for executives to give shareholders misleading information about corporate events.

Musk also appeared to smoke marijuana during an interview on Joe Rogan’s podcast where he discussed the threat of AI.

Despite his online escapades and brushes with the law, Musk has managed to escape getting the sack – with some people claiming he is indispensable from the company.

Tesla’s employees have borne much of the brunt of the company’s failures and some have spoken out about working conditions under Musk.

In June 2018, 9% of Tesla employees were laid off as the company sought to become profitable.

Musk described the restructuring as “difficult, but necessary” and promised to reimburse those affected with salary and stock.

The lay-offs were expected to affect 4,000 people.

Meanwhile, the US Department of Labor inspected Tesla’s California factory and issued fines for $26,075 (£20,000) on account of two labour violations, although they are currently under contest.

The state’s division for occupational health and safety were called in for a third time following claims that a Tesla employee had part of their finger amputated while working in the factory.

Employee have attempted to unionise in order to secure better workplace conditions.

But management has sought to move against it and the company has been accused of breaking federal law to restrict organising.

In June 2018, West Wing actress Mary McCormack posted a video of her husband’s Tesla, which had spontaneously caught fire when driving in LA.

Tesla described it as an “extraordinary unusual occurrence”, but it is not the only blaze the carmaker has had to tackle.

Another Tesla Model S ignited three times in one day and took firefighters 16 hours to get under control.

Furthermore, a recycling machine set ablaze outside the company’s factory in Fremont, California, during the same month.

In attempts to ramp up production, a new vehicle assembly line was constructed outside the plant.

Although the cardboard recycling machine was located on the line, the fire did not affect production or cause any injuries.