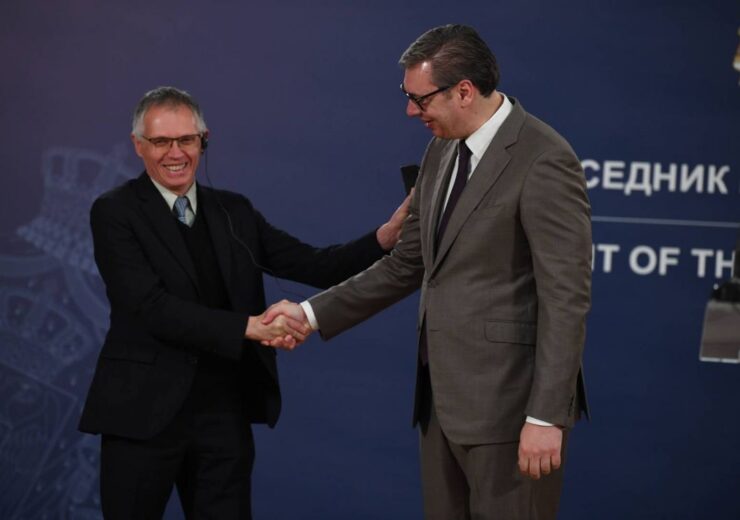 Netherlands-based automaker Stellantis has signed a €190m deal with the Serbian government to manufacture electric vehicles at its car manufacturing factory in Kragujevac.

The Serbian government will have a 33% ownership stake in the project through an investment of €48m.

Production of the compact electric car at the factory will begin in 2024, said Stellantis. It will be the successor to the Fiat 500L, which is currently in production.

Stellantis executive director Carlos Tavares said: “Together with stakeholders from Serbia, we will offer citizens freedom of movement and the fight against global warming through clean, safe and affordable solutions.

“This requires a 360° approach, from energy prices to incentives that support the market turn towards electric vehicles. The combination of these activities will put Serbia and Europe in a firm position in terms of the energy transition to affordable and sustainable mobility.”

Stellantis had previously set a target of over 70% sales in Europe to come from low emission vehicles by the end of this decade. It stated that the new initiative at the Kragujevac factory will play an important role in its ‘Dare Forward 2030’ strategic plan.

Serbian President Aleksandar Vucic said: “By signing today’s agreement, Serbia will play a key role in the realisation of the strategic plan of Dare Forward 2030 of Stelantis – one of the world’s leading car manufacturers.

“The decision of this giant in the automotive industry to modernize and improve the existing production plant in Kragujevac the opportunity to become a leading manufacturer of electric cars and thus greatly change the image of Serbia.”

Stellantis said that its Kragujevac factory can also be configured for supporting potential additional volumes of another vehicle, which will be based on continuous performance improvements.

In July 2021, Stellantis revealed plans to invest more than €30bn in electrification and software as part of its efforts to become a top manufacturer of low emission vehicles. The investment will be made through 2025 for the electrification of all its 14 brands.