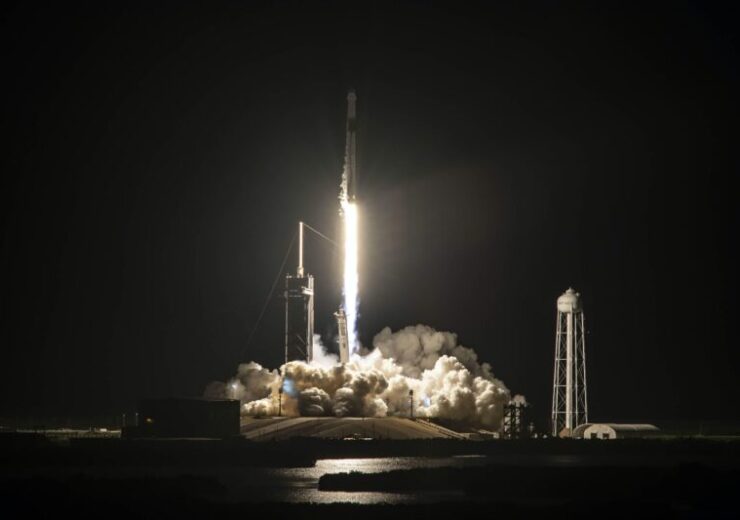 The Falcon 9 rocket launched the all-civilian crew aboard a Dragon spacecraft as part of the Inspiration4 mission. (Credit: Inspiration4)

SpaceX has successfully launched Inspiration4, the first all-civilian orbital mission to space that does not involve any professional astronauts.

According to the space transportation company owned by Elon Musk, Inspiration4 left Earth from the Launch Complex 39A of NASA’s Kennedy Space Center in Florida, US.

SpaceX’s Falcon 9 rocket had launched the four-member crew aboard a Dragon spacecraft as part of the mission.

After a nearly three-day space trip, the Inspiration4 team will re-enter the Earth’s atmosphere for soft water landing off the Florida coast.

SpaceX tweeted: “Dragon and the @inspiration4x astronauts are now officially in space! Dragon will conduct two phasing burns to reach its cruising orbit of 575km where the crew will spend the next three days orbiting planet Earth.”

The all-civilian crew is led by Jared Isaacman, who is the founder and CEO of Shift4 Payments. The other three crew members in the Inspiration4 mission are Hayley Arceneaux, Christopher Sembroski, and Sian Proctor.

Arceneaux is a physician assistant, while Sembroski is an aerospace industry employee and Proctor is a geoscientist, explorer, and science communication specialist.

The two female members of the crew are Arceneaux and Proctor.

Just before the launch, Isaacman said: “Our crew carries the responsibility and importance of this mission as we prepare to blast off.

“We have been well-prepared for the challenges ahead of us the next three days and look forward to sharing our experience with the world as we continue to bring attention to St. Jude Children’s Research Hospital here on earth.”

According to SpaceX, the Inspiration4 crew will undertake health research to further advance human exploration of space. The research will help increase the knowledge of humanity on the effect of spaceflight on the human body.

SpaceX along with the Translational Research Institute for Space Health (TRISH) at Baylor College of Medicine and investigators based at Weill Cornell Medicine will gather environmental and biomedical data and biological samples from the crew members before, during, and after the spaceflight.

SpaceX president and chief operating officer Gwynne Shotwell said: “The all-civilian Inspiration4 astronauts are paving the way for a future where space is more accessible to all who wish to go, and we are so proud that they entrusted us to fly them.”