London is already at the forefront of tech, acting as the main hub in Europe and a key centre point globally, but Mayor Sadiq Khan's Smarter London Together roadmap seeks to propel the capital even further and turn it into "the world's smartest city" 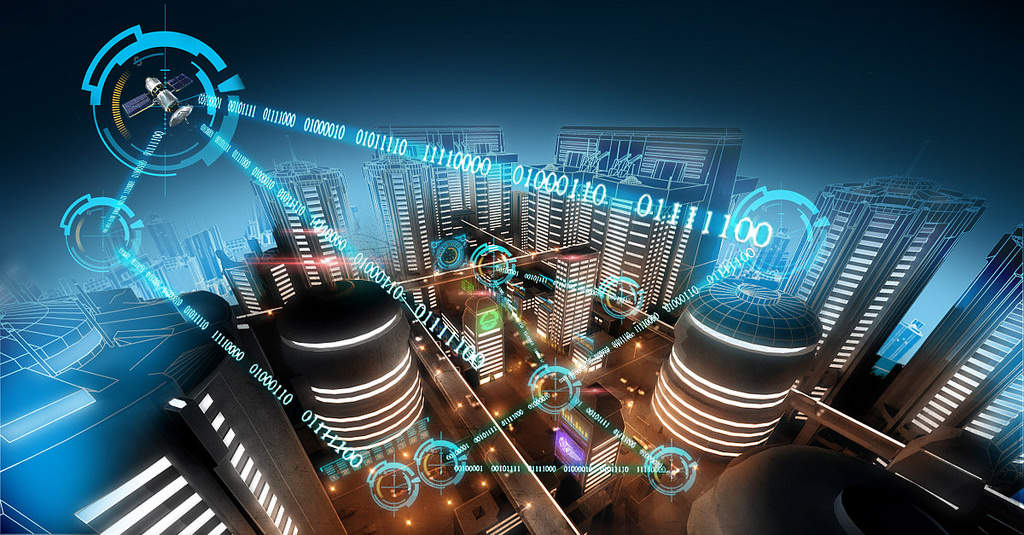 Smart cities describe those that are highly connected to improve quality of life (Credit: JCT600: https://www.jct600.co.uk/blog/future-of-motoring/what-will-motoring-look-like-70-years-from-now/)

As the race to make smart cities a genuine reality continues, Smarter London Together sets out a “digital masterplan” to put the UK capital at the front of the pack.

Mayor Sadiq Khan launched the plan on 11 June during London Tech Week, detailing his vision for making London “the smartest city in the world”.

By improving collaboration between the city’s 33 boroughs and key public services, as well as working more effectively with the tech community, universities and other cities, the goal is to turn London into a global test-bed for innovation.

Speaking last week, Mayor Khan said: “We need a step-change in how we harness innovation for the benefit of all Londoners.

“As one of the world’s leading technology hubs, London needs to be bold and think big, to experiment and try things out that have not been done elsewhere.

“I see London’s future as a global ‘test-bed city’ for civic innovation, where the best ideas are developed, amplified and scaled.

“To solve the biggest problems our great city faces, I am calling for an ever-more collaborative approach than ever.”

London is the tech capital of Europe, home to 46,000 companies in the sector collectively worth more than an estimated $44bn (£33bn).

In light of the Smarter London Together announcement, we take a look at what exactly is planned and how it will build on the UK capital’s tech pedigree and achieve its vision.

The five missions of Smarter London Together

The undertaking set out in the roadmap is split into five key areas: design, data sharing, connectivity, skills and collaboration.

The first mission seeks to adjust the process of smart city building by focusing it more on the needs of the citizen.

Smarter London Together references the need for better policies surrounding how London treats its data infrastructure and to better position the city to capitalise on the data sector, which is estimated to create £322bn by 2020.

To enable this, the Mayor plans to develop a city-wide cyber security strategy, strengthen data rights and accountability to build public trust in the way data is used, and launch the London Office for Data Analytics (LODA) to increase data sharing.

Building this will improve the ecosystem of connected devices in the city.

From mobile phones and domestic smart meters to street air quality sensors, the number of smart devices in London is growing exponentially and the city’s approach to connectivity needs to keep up in order to maintain the digital economy.

The roadmap lays out plans to do this by launching a new Connected London programme to coordinate the implementation of 5G, enhancing public WiFi in streets and public buildings, and introducing smart tech standards to maximise its benefits.

This concerns the need for a workforce equipped with digital skills, in addition to creating better digital leadership at all levels of public service.

To get this in motion, Sadiq Khan will introduce the Mayor’s Skills Strategy and support the computing skills and digital talent pipeline from early years onwards, in addition to building on the apprenticeship levy introduced in April last year.

Key to the Mayor’s roadmap is strengthening the capital’s ability to work together more effectively and enabling public services to be prepared for new technological advances and business models.

The challenges in front of Smarter London Together

Sadiq Khan’s Smarter London Together roadmap plans to make use of the private sector to help the civic tech scene thrive, but coordinating London’s brightest companies in the sector will be no easy feat.

The size of the city also presents a logistical obstacle, with 33 local authorities and 60 NHS trusts to organise.

This, coupled with the sheer diversity of tech requirements in the public sector, means improving services across the board will involve no small degree of plate-juggling.

From public agencies like Transport for London and the Metropolitan Police to key services like recycling and refuse collection, implementing and scaling the roadmap promises to be a daunting task.

It’s one that London’s chief digital officer Theo Blackwell is confident of meeting, however.

He said: “The new roadmap focuses on getting the foundations for the future right.

“Digital connectivity is now rightly seen by Londoners as important as their other utilities.

“We will properly mobilise the city’s resources to end not-spots, and propose planning powers to ensure new developments are connected. We will put peoples’ priorities first through the Mayor’s Civic Innovation Challenge to mobilise the best in the tech sector to help solve urban problems.

“We will strike a new deal with citizens on use of their data so when it is appropriate to share data, it is done in a trusted, safe way and for public benefit.

“Tech jobs should open for Londoners and we will invest in skills and support efforts to make the tech sector more diverse.

“All of this will succeed only through collaboration and partnership, which we are committed to.

“We call on the tech community in all its forms across London to join us in this challenge.