The UK's software to enable self-driving robots on Mars finished testing in the Sahara Desert today, marking a significant step forward in the country's ability to survey the planet 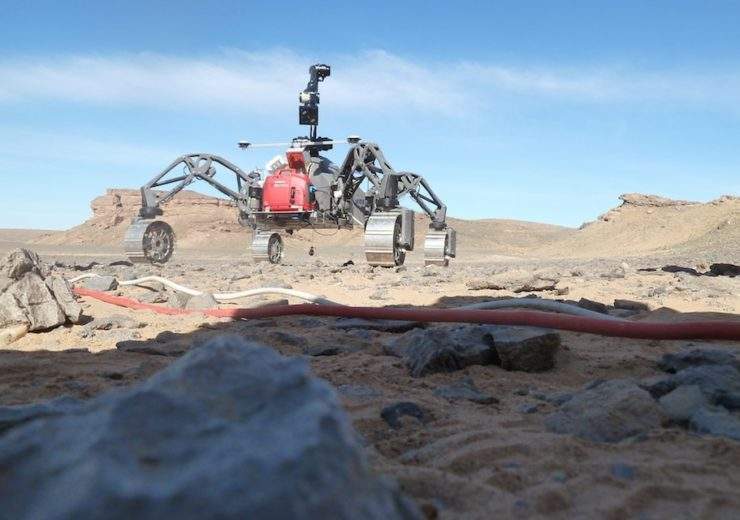 A Mars rover being tested with the UK's self-driving technology

It’s not quite life on Mars, but soon there will be activity independent of human control as the UK prepares self-driving robots for deployment on the planet.

The country has developed software that can be implemented into future iterations of the Mars rover in order to let it function autonomously while out in the field.

With tests in the Sahara Desert drawing to a close today, the government is working with business and academia to encourage further investments in the technology as part of its industrial strategy.

Catherine Mealing-Jones, director of growth at the UK Space Agency, said: “Mars is a very difficult planet to land safely on, so it’s essential to maximise the discoveries from each successful touchdown.

“New autonomous robot technology like this will help to further unlock Mars’ mysteries and I’m delighted that the UK is a key player in this cutting-edge field.”

The technology to power self-driving robots on Mars

The guided robots currently roaming Mars’ surface are severely limited by the time it takes for commands to reach them from Earth (eight minutes each way), meaning they are only able to travel a few dozen metres each day.

The UK’s technology aims to change this by allowing Mars rovers to make their own decisions about where to go on the planet and how to reach their destination, opening up the potential for daily travelling distances of up to 1,000m.

The ERGO Autonomy framework also means a rover will be able to identify points of interest that a human operator could miss and investigate them accordingly, all of its own volition.

Additionally, it comes with various features set to improve the speed and efficiency with which the pre-existing sensors and cameras on Mars rovers compile and relay data.

The software system finished its test in the Sahara Desert today, where it had been implemented into a four-wheeled rover provided by the German Robotics Innovation Centre DFKI.

The completed test is part of a series of research projects included in the Space Robotics Strategic Research Cluster project, funded by the European Commission via its Horizon 2020 research and innovation programme.