Comedian, actor and Scrapheap Challenge presenter Robert Llewellyn is a big advocate of electric vehicles. He gave his views on the green transport revolution at the ERA Vision Midlands Energy Conference 2018 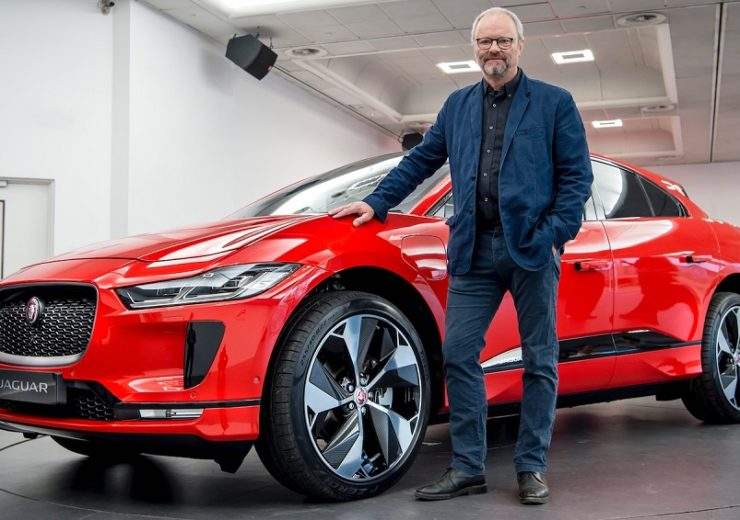 He’s best known for playing the mechanoid Kryten in sci-fi comedy show Red Dwarf­ – but Robert Llewellyn is now one of the most active voices on what he terms the “green transport revolution”.

It’s a subject that forms the centrepiece of his website and YouTube series Fully Charged, which has exploded in popularity as the topic gains mainstream momentum and sales rise in the face of legislation to ban petrol and diesel vehicles.

The 62-year-old was the keynote speaker at the ERA Vision 2018 Midlands Energy Conference in Nottingham – the first showcase event held by the Energy Research Accelerator programme for developing renewable energy technologies for commercial use.

Here were some of the highlights from his talk.

Robert Llewellyn on the slow progress of the green transport revolution

Recalling how a fascination with mechanical engineering introduced him to the topic of green transport, Llewellyn speaks about how Californian legislation in the 1990s paved the way for the green transport revolution.

It led to the creation of the Zero Emission Vehicle regulation, which required automakers to offer zero-emission vehicles if they wanted to continue selling fossil fuel cars in the state.

He tells how the quality of electric cars has improved drastically since buying his first hybrid model, a Toyota Prius that wouldn’t drive in the snow, in 2004.

This was followed by a Nissan Leaf with a “lousy range”, before leasing an eye-catching Tesla vehicle that he says is easy to drive and has never run out of battery while he’s been travelling in it.

“Manufacturers were doing five to ten electric cars just to placate the authorities but what Tesla is doing is really challenging the automotive industry,” says Llewellyn.

“It’s the first successful new car company in the world for the past 80 years and it’s terrified everyone.

“Tesla has made a big change and when I was at the Paris Motor Show in October, every company you’ve heard of had an electric car.

“Jaguar, Bentley, Ferrari, all the big German companies – it’s taken a long time but we’re about to see a really big change.”

One of the main barriers to the mass adoption of electric cars – electric models made up only 0.2% of the world’s passenger vehicles in 2016, according to the International Energy Agency – is the range they can travel before running out of charge.

Despite the fact the average family cars drives about 37 miles a week and electric cars typically have a range of somewhere between 150 and 200 miles,  “range anxiety” has become a popular term describing this issue for drivers.

Llewellyn says: “It’s a disruptive technology that challenges a lot of the things people think.

“So people are anxious about electric cars. The first time you drive an electric car, you do experience it – you don’t know if you’ll get around the corner.

“The point we’ve reached now is that electric cars aren’t even interesting – they just work.

According to Llewellyn, it costs 2p per mile to run his Tesla and under a penny to run a Nissan Leaf.

“There’s no other car that can do anything near that economy,” he says. “It’s massively efficient.

“The underlying idea is we want to discover technologies that enable us to do the things we want to do without burning anything.

“It’s impossible for the human race to do what we want to do without burning stuff but we can burn a hell of a lot less.”

Llewellyn says he has solar panels that connects to a Tesla Powerwall home charging system at his house, meaning he never has to use power from the national grid to charge his car.

He adds: “Solar energy means I’ve now driven 25,000 without any fuel cost. No one could have done that ten years ago.

“That’s an amazing change and the more people who do that, the bigger the change will be.

“There will be issues with tax, though. The government doesn’t really know what to do about electric cars so it’s going to be very disruptive.

“I buy much less electricity – my electric bill in the summer is under £10 per month.”

On whether electric cars are too expensive

Allied to range anxiety is a perception that electric vehicles are too expensive.

While Llewellyn accepts they still cost more than petrol and diesel cars, the trend is moving in favour of zero-emission models.

Llewellyn says: “It’s not an exceptional looking car but it does that job really well.

“The cost of running electric cars is already really cheap but we’re finally seeing the cost of buying them coming down.

“It’s a generational thing. Most people my age think I’m a weirdo for buying an electric car but that will change as younger generations adopt them.”