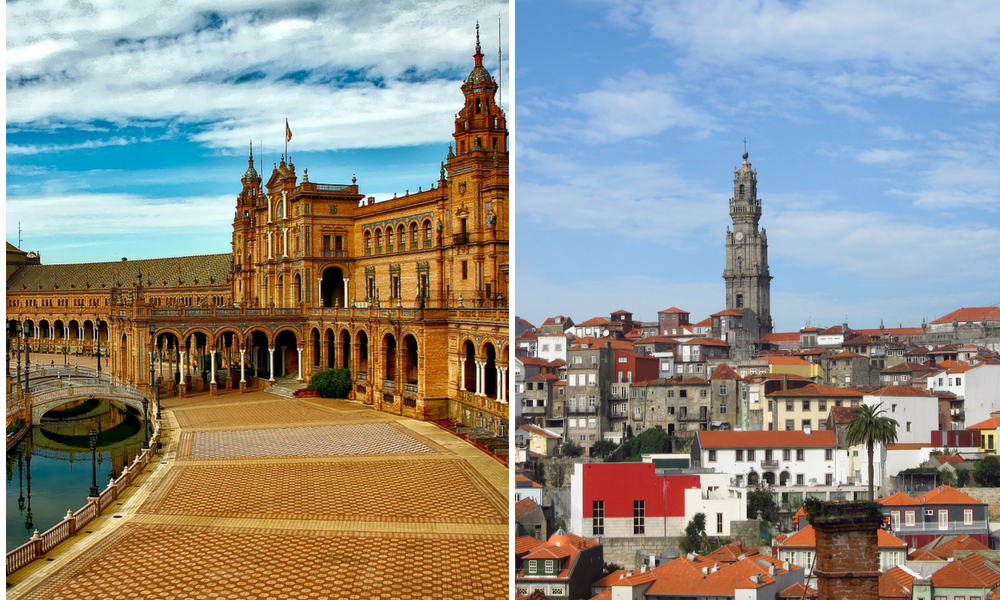 Portugal and Spain will usher in the first big match of the 2018 Russia World Cup tonight when they meet at the Fisht Olympic Stadium.

The 40,000 seater stadium in Sochi – the host destination of the 2014 Winter Olympics on the Russian border with Georgia – will probably be full of fans keen to see the clash between the two World Cup favourites.

Betting company William Hill has the odds of Spain and Portugal winning the competition at 6/1 and 25/1 respectively – though some spectators will put the chances of Cristiano Ronaldo’s side winning the trophy above the those of Spain since the sacking of manager Julen Lopetegui earlier this week.

The game is set to be close on paper. Between the two sides, they can call upon some of the best players in the game – including Cristiano Ronaldo, Sergio Ramos and Diego Costa – and are only separated by four places in the Fifa world rankings.

Compelo has put the European neighbours’ economies head-to-head to offer a wider perspective on these world class footballing outfits.

Spain is bigger in surface area and population than its neighbour beside the North Atlantic.

More than 46 million people live between San Sebastian and Malaga, while just over 10 million inhabit Portugal, according to the 2017 UN world population prospects study.

There is a similar gap in the inhabitants of their capital cities.

Madrid is home to a little over three million people, dwarfing the 506,000 residents of Lisbon.

GDP per capita in Spain is also higher than in Portugal.

Automotive markets are chief exporters in both countries.

Portuguese entries on the list are found further down. The energy firms Edp-energias de Portugal (#518) and Galp Energia (#805) rank above food distributor Jeronimo Martins (#1158) in the country’s top three.

One of the world’s richest men is Spanish.

Amancio Ortega, the founder of the fashion company Inditex – which counts Zara, Pull&Bear and Bershka among its brands – has a net worth of $70bn (£52.69bn).

It will come as no surprise to anyone with one eye on the news that Spain fares terribly on unemployment levels.

The CIA World Factbook  says an estimated 17.1% of Spaniards endured unemployment in 2017.

Youth unemployment in Spain was at a startling 35% in March of this year, according to the Statista website.

While levels of unemployment in Portugal are by no means good, they are half those suffered by their neighbour.

The Factbook puts its estimated unemployment in 2017 at 9.7% and Statista says its youth unemployment rate was 21.3% in March 2018.