The Paris Motor Show 2018 kicked off this week and featured a glut of big names including Renault, BMW and Mercedes-Benz - along with a selection of lesser-known brands offering some new innovations 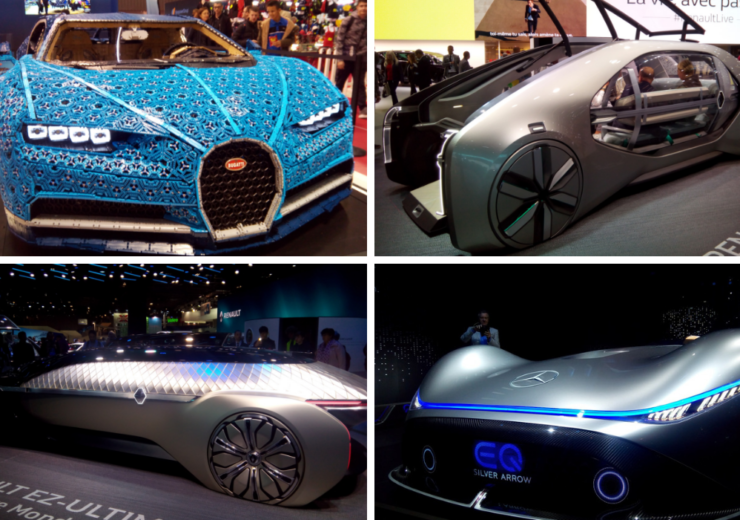 Everything from autonomous vehicles with a living room built-in to cars made entirely out of Lego featured at the first week of the Paris Motor Show 2018.

The biennial event is one of the most important dates in the automotive calendar, and this year is being hosted by French brands Renault Group and PSA (Peugeot, Citroen, and DS), with BMW and Mercedes-Benz rounding off the best of a blue ribbon line-up.

Taking place at the Paris Expo Porte de Versailles from 4 to 14 October, these automakers and a raft of their contemporaries will unveil their latest releases and showcase their newest innovations.

Here are three of the best highlights from the event’s first week.

In addition to a raft of new cars, German automaker Mercedes-Benz announced its new EQ (electric intelligence) technology at the Paris Motor Show 2018.

Set to feature in an upcoming range of electric-powered cars, a variety of vehicles from cartoonish supercars to practical SUVs all currently in pre-production, it will act firstly as a navigation tool.

By using the “EQ optimised navigation” function in the Mercedes me connect App, drivers can automatically plan a route, which can be done remotely if needed, and see information such as charging locations and times, as well as estimated journey duration.

Supported by its ECO Assistant, the technology also puts the car into an eco-efficient driving mode while it’s in motion and dynamically displays the nearest available charging station as you travel.

As one of the home sponsors for the Paris Motor Show 2018, Renault pulled no punches at this year’s event and unveiled a smorgasbord of vehicles, including its concept EZ range of electric and autonomous vehicles.

The first of which is the EZ-PRO for business customers which, in addition to being driverless and electric-powered, features customisable robo-pods that can accommodate a variety of shipping and delivery requirements.

Although primarily aimed at delivery companies, logistics operators and retailers, it will also benefit consumers as they can choose exactly when, where and how to receive their deliveries.

Alongside it is the EZ-GO – a shared, electric, driverless vehicles designed to be a car as well as a service in built-up, urban areas.

Designed with small groups of passengers in mind, it is intended to work in tandem with municipal public transport services, and Renault plans to make it available for specific journeys via an app as well as physical stations.

Last in the EZ range is one for lovers of luxury – Renault’s EZ-Ultimo is as close as we have seen to the ideas we had about the cars of the future as children.

Closer in size to a lorry than a car, the sweeping vehicle features no driver area, and instead hosts a mini-living room in its centre, replete with swivel chairs and tables in the style of an up-market limousine.

It is being designed with level 4 autonomous technology, meaning it will be able to traverse non-urban environments in addition to being able to get around the city.

A driveable Lego vehicle should speak for itself, but in terms of information about Lego’s display, all we know is that it’s a fully functional Bugatti Chiron, comprises more than a million parts and has a top speed of… wait for it… 18mph.

More than 2,300 Lego Power Function motors were included in its design to get it moving, while glue played absolutely no part in its construction whatsoever.