Iran v Portugal is anything other than a close tie on the field - but off the pitch, the balance of economic power between the two countries paints a very different picture 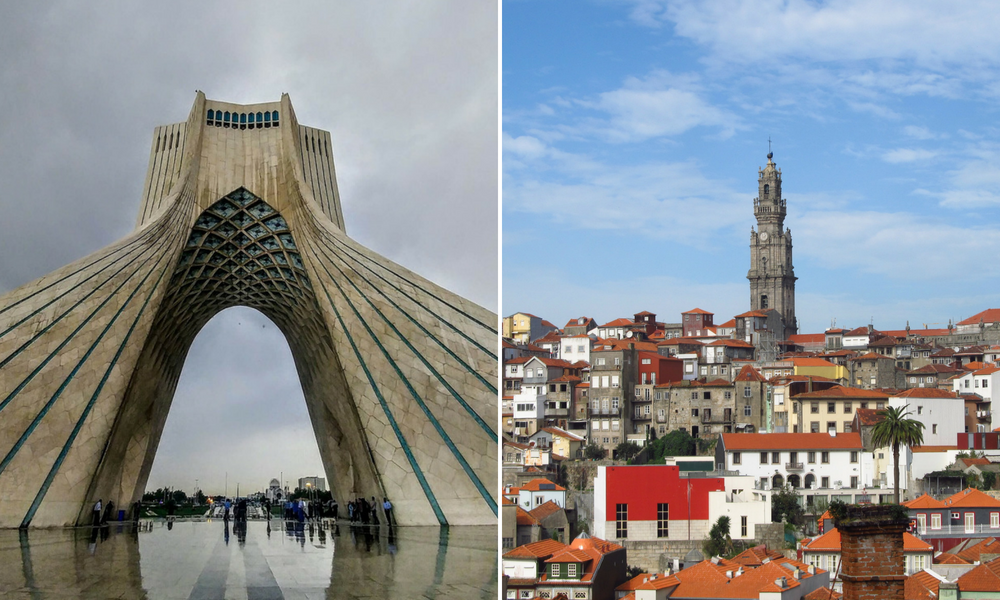 Iran v Portugal is a 2018 Russia World Cup match-up few can imagine the European side losing.

While Iran is fronted by Sardar Azmoun – a striker for the Russian football club Rubin Kazan – Portugal is captained by the Real Madrid’s global star Cristiano Ronaldo.

There is also a major division between the sides in the Fifa rankings, with Portugal listed as the fourth best side in the world, while Iran are ranked as the 36th best national side.

The chances of Iran escaping the group it shares with Portugal, Spain and Morocco are considered so slim that the betting firm William Hill has the sides odds of winning the World Cup at 500/1 at the time of writing.

While the differences between the two sides makes anything other than a comfortable Portugal victory at the Mordovia Arena tonight (Monday 25 June) unlikely, Iran is not the underdog off the field.

Compelo has taken a look at how the two World Cup opponents compare in the economic stakes.

The Islamic Republic of Iran has a population a little over eight times that of Portugal, according to the 2017 UN World Population Prospects report.

Given the population gap between Iran and Portugal, the fact the Islamic Republic has a higher GDP is not remarkable.

Although Iran has eight times as many citizens than Portugal, its GDP was a little under twice that of its World Cup rival.

The chief export of Portugal in 2016 was vehicle parts – which represented 4.6% and $3.14bn (£2.36bn) worth of the country’s exports, according to data provided by the Observatory of Economic Complexity.

Crude petroleum exports powered the engine of Iran that same year – making the country a slick $25.7bn as economic sanctions levied by the US and its international partners were lifted.

Edp-energias Portugal (#518) and Galp Energia (#805) have both found themselves in the top half of the list, while the food distributor Jeronimo Martins (#1158) follows them up as the third largest public company in the country.

The state-owned oil firm National Iranian Oil Company is a major figure in the market of black gold, which is described as the country’s dominant market in a UK Government guide to Iran for businesses.

According to an investigation by Reuters from 2013, the theocratic dictator of Iran Ayatollah Khamenei reportedly has control of a $95bn empire – likely making him one of the wealthiest, if not the wealthiest, person in Iran.

By comparison, the Forbes billionaires list has the Portuguese investor Maria Fernanda Amorim (#382) as the wealthiest billionaire in the country with a net worth of $5.1bn (£3.84bn).

Joblessness in the sunny state was estimated at 9.7% in 2017 by the CIA World Factbook.

The Statista website puts youth unemployment in Portugal at a staggering 21.3% in March 2018.

Yet less of its population is out of work compared to Iran.

The Islamic Republic was estimated to have an unemployment rate of 12.4% in 2017 – meaning roughly one in eight people were out of work.