GTC Europe 2018: The AI tech that could change our world

From self-driving cars to the new brand of super-computers and advancements in healthcare and virtual reality, there were many highlights at GTC Europe 2018 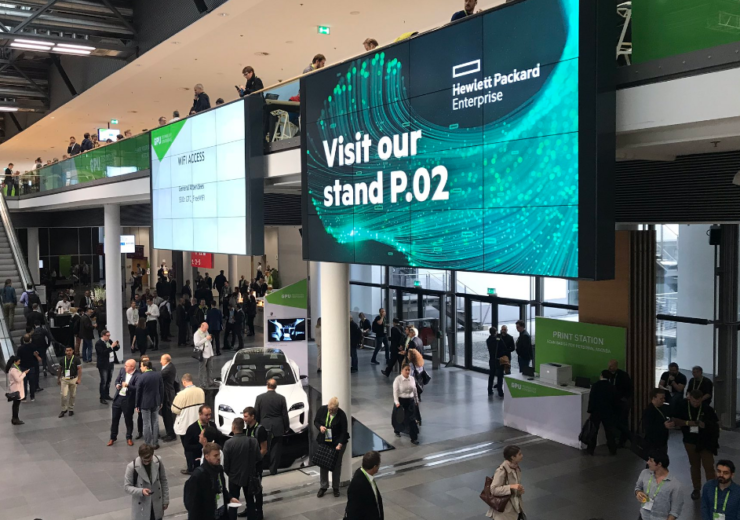 This year, 3,800 people descended on GTC Europe 2018, the Munich-based tech conference that pledged to give visitors a taste of the future.

Exhibitor stands and talks were held across the three-day event, where visitors were able to experience the tech of tomorrow.

These are the four main themes we learned from the event.

Accelerated computing will speed up our tech

Speaking at his keynote address at GTC Europe, Jensen Huang, CEO of computer chip company NVIDIA, said: “Computing is the single most important tool of humanity.”

The technology has so far complied with Moore’s law, which states that computing power doubles every two years as the size of components decreases.

But Mr Huang believes Moore’s law has now ended, with the number of advancements being made decreasing and computer performance improving at a rate of 3% per year.

NVIDIA revealed its solution to this problem at the conference – accelerated computing – which it claims is capable of increasing performance by 1,000-times.

Mr Huang believes his new “accelerated” computer technology has applications for everything from the development of artificial intelligence to scientists at CERN’s large hadron collider – the biggest machine in the world and its most powerful particle collider.

The number of companies investing in autonomous vehicles has grown rapidly and many were in attendance at GTC Europe to exhibit their concept vehicles.

Volkswagen showed off its futuristic driverless school bus alongside other car manufacturers such as Mercedes-Benz, Continental and UK-based FiveAI.

Outside the conference centre, Virtual Vehicle and FEV were demonstrating the potential of their technology on the test track and allowed visitors to experience – albeit very briefly – the experience of being driven in an autonomous car.

NVIDIA also revealed its latest accomplishments as it demonstrated its BB8 car, which had successfully driven 80km of traffic-filled highway in Silicon Valley, without any intervention from a driver.

Another major theme was the potential for AI to transform the world of healthcare by speeding up the processes involved in medical imaging and democratising healthcare through new technologies putting it in the hands of the patients.

“The amount of imaging being done in hospitals is increasing at a rate of 16% but the number of radiologists has stayed flat.” explained Ms Powell.

“Clinicians now have to spend five seconds on each image so we are looking at ways to make the time they spend with information as valuable as possible.”

This includes improved methods of visualisation of each scan and AI analysis that helps to prioritise the most urgent cases for radiologists to look at.

Another breakout piece of health technology on display was Oxford Nanopore’s handheld DNA sequencer that is capable of scanning and mapping the DNA of objects.

Applications for the technology included detecting whether a plant was diseased or determining whether a lake contained clean water.

Virtual reality – not just for games

Visitors were also able to experience NVIDIA’s Holodeck, a virtual reality experience that showed the potential of the technology to transform people’s working environments.

The two examples on show were focused on using virtual reality to improve the process of design.

The first one, created for architects, allowed them to import a model of a building and make changes and adjustments to the structure in three dimensions.

Then, at the click of a button, the architects were able to go inside the building to explore the rooms in VR.

A second took users into a virtual garage where they could make changes to the design of a high-end sports car on the fly and testing how they would look in real life.

A spokesperson for Holodeck explained the technology allowed people, who could be based in different countries, to work on the same project in real time.

The inclusion of a web browser, that could be brought up in VR, meant that users could be able to bring up manuals to help them or video chat to bring people who didn’t have VR technology into the same experience.