What connects a medical research company, modular building business and Premier League side AFC Bournemouth? The Sunday Times Fast Track 100, which ranks the fastest-growing private companies in the UK 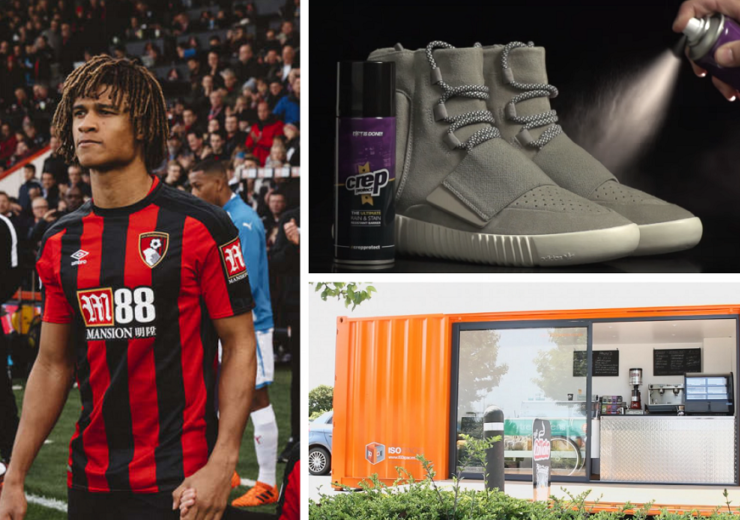 From the inventor of a spray that protects trainers to a Premier League football club, a new league table of the fastest-growing UK companies is an eclectic list.

The list ranks businesses according to the percentage increase in sales over the past three years.

To feature on the list, companies must have total sales exceeding £5m, more than 10 employees and an operating profit of at least £500,000 in the last year.

Tech companies were excluded from the list and instead appear on a separate Tech Track 100.

Topping the list is Midwinter Solutions, which more than doubled its total sales over the space of three years.

The Burton-on-Trent medical research company has capitalised on the growing clinical trials business, which surpassed 250,000 tests for the first time last year.

Founded by Mark Waters and Ben Everington – who previously worked at pharma giant Clinigen – in 2013, Midwinter Solutions specialises in sourcing, storing and distributing drugs for trials.

The spray has been demonstrated to make footwear waterproof and protect it from stains.

The product line has since been expanded and now includes shoe cleaning kits and wipes.

Partnerships with the National Basketball Association and DJ Khaled have helped to boost the London brand’s image among “sneaker heads”.

Adam Minto and Tom Allsworth set up Revolution Beauty as an online-only brand, but after its lines of affordable eye shadow and lipsticks proved so popular, the start-up was snapped up by high street retailer Superdrug within six months.

It was born out of founder Marisa Hordern’s passion for gem stones, which she started collecting at the age of five.

Although its products are stocked in Selfridges, Harvey Nichols and Nordstrom in America, Missoma claims that three-quarters of the London-based company’s sales come through Instagram.

It currently runs 11 venues across the North West of England, including Liverpool pizza restaurant Rudy’s and the Manchester Albert Hall.

Its most recent sales figures, posted in September, were £27.74m.

Riding on the gin wave is distiller Warner Edwards, which comes in at sixth with annual sales topping £6m.

All the flavours and botanicals used to produce the gin are grown at its Falls Farm HQ in Harrington, Northamptonshire.

Founded in 2013,  One Retail Group is a multinational retailer for lifestyle, personal care and home appliance items.

Its brands include the ProBreeze range of dehumidifiers, The Body Source – which includes aromatherapy and natural oils – and the Active Era range of camping and outdoor sports products.

The e-retailer has since expanded into the US and European markets and has annual sales figures of £14m.

Aerfin began operations in 2010 and it’s the third time the aeronautics engineering firm has featured in The Sunday Times Fast Track 100.

The Caerphilly company has also recently been named the fastest-growing aerospace and defence company in Europe by The Financial Times‘ FT1000.

It has spent more than £100m buying aircraft, engines and spares worldwide, which it recycles and then either sells or leases to the likes of Lufthansa and Philippine Airlines.

Revenue reached £70.2m last year, more than 80% of which came from overseas customers in 60 countries.

Premier League outfit AFC Bournemouth is a surprise inclusion on the list following a 12th-placed finish in the top flight.

The club, which has spent the majority of its existence in the third and fourth tiers of English football, won promotion to the EPL in 2015 and has since stabilised in the division.

Turnover for the previous year totalled £136.5m – primarily due to significantly increased fees from broadcasters, sponsorship deals and the business acumen of chief executive Neill Blake.

The company has previously worked with Jaguar Land Rover, Fever Tree and Tesco.

The pop-up containers have also been re-purposed for residential space.

The shipping containers were manufactured, fitted and finished within 14 weeks, at ISO’s factory in Truro, Cornwall.