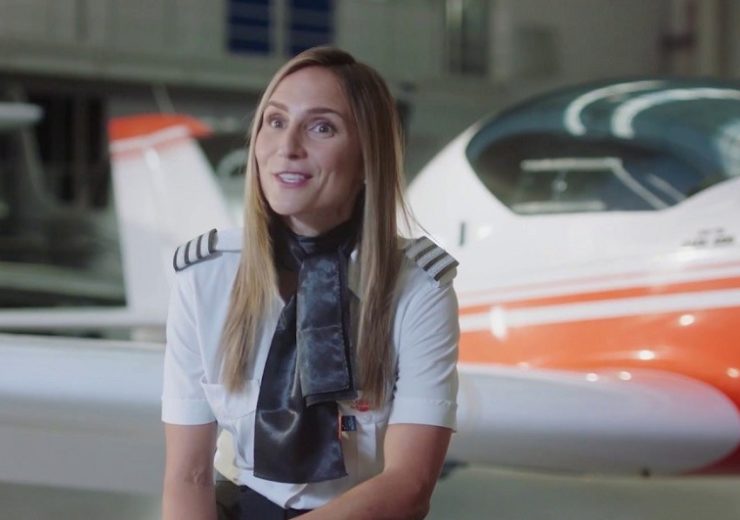 Sitting in the cockpit of an airplane as a safety pilot, she heard the sound of two engines fail after hitting a flock of seagulls during take-off in a scene reminiscent of the “Miracle on the Hudson” incident that inspired the film Sully.

With Diana and her co-pilots given no indication by the on-board system about what the problem was or how to deal with it, they resorted to some “out-of-the-box thinking” and had to find a way of safely landing the plane without causing any harm.

She says: “If it wasn’t for our ability to look outside the box, the aircraft wouldn’t have landed safely.”

During any given flight, up to 20,000 things could go wrong for an airline pilot, says 35-year-old Diana in a speech at the Unbabel Customer Centric Conference in her hometown Lisbon.

Yet they are only trained on how to deal with nine particular problems that could lead to an emergency.

Given that no cause of a crash has repeated itself over the past two decades as the aviation industry has become safer, Diana says this means there’s a very good chance the pilot won’t be very prepared for an emergency.

“There’s only so many emergencies you can train for,” she says. “And if we haven’t been trained for it, you can’t expect me to know how to deal with it.”

This is what has led her to promote the concept of out-of-the-box thinking.

This was something evidenced by Chesley “Sully” Sullenberger’s instinctive decision in January 2009 to ditch his plane into the River Hudson, off Manhattan, after both engines were disabled by a bird strike.

All 155 passengers on board survived and while he faced criticism from some in the industry for not trying to land the aircraft safely, others supported what he did.

“That was out-of-the-box thinking and although it was the unlikely thing for a pilot to do, I agree with him,” says Diana, who is now a captain for easyJet alongside her roles as a keynote speaker and one of Portugal’s top female aerobatics pilots.

It was a clear blue sky when Diana took off from Funchal Airport, on the Portuguese island of Madeira, en route to Copenhagen a few years ago.

With 180 passengers on board and a full tank of fuel, the flight was expected to take just under three hours and Diana, then in her 20s, was there to help a trainee pilot.

But within minutes of leaving the runway as the plane began to turn, a flock of 70 seagulls flew in front of the aircraft and two were hit – causing the engines to break down.

“I was thinking how I’d never seen this happen, apart from in the ‘Miracle on the Hudson’ incident,” recalls Diana.

“The captain was on his first day and didn’t know what to do. The captain on his left was very experienced but he didn’t either.“When the engines were breaking down, he asked which engine it was and eventually I realised it was both.

“We realised that our option was either to ditch the plane in the water or turn back to land. I truly believed we could make it so we started turning back.”

After eventually landing back on the runway the plane had departed from moments earlier, the pilots discovered the cargo door had somehow been opened by the bird strike.

This would usually be flagged up in the cockpit but the computer system was designed to not warn them between take-off and 2,000ft, an altitude they had not yet reached.

In truth, it was just a hunch, but the reason Diana felt confident about confronting the “startle factor”, as she calls it, was because she had experience in working with airbags on the side of her airline job.

It wasn’t necessarily related to the life-or-death issue staring her in the face, but it had at least equipped her with skills in topics such as energy management – “like a truck driver training for Formula 1”.

She adds: “If you don’t train in anything outside the box – it doesn’t have to be the same thing as your current problem, but just in other ways of solving something – you won’t be able to bounce back and handle the startle factor.

“The first thing we should do when handling startle is realise you’re handling startle.“A lot of people tend to overreact but the best thing to do is actually not do anything at all for about 20 seconds because you aren’t going to crash in the next 20 seconds.

“That gives you the chance to sit back, say ‘I haven’t seen anything like this before’, ask someone else if they have seen it because you never know, and then try work out how to solve the problem.”

Until recently, the airline industry had never trained pilots for “startle”, according to Diana.

“So how can you recently expose them to it?” she asks. “Either, they’re enthusiastic and find different things in their job or you make them become compassionate, and work on it to be a better professional.”