From Dyson to JPMorgan, here are the companies that could leave the UK after Brexit

In the event of a no-deal scenario, a wide number of companies have made plans to leave the UK after Brexit, with the likes of Dyson and Nissan expressing concern over the potential business impact of crashing out of the EU 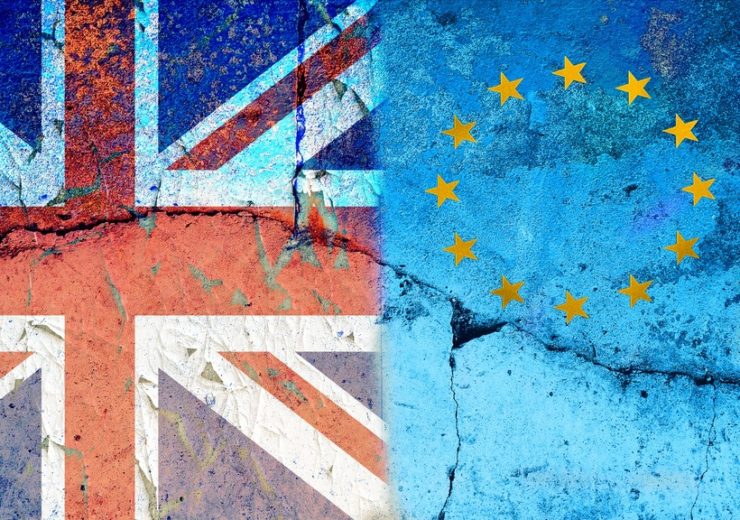 The sheer number of companies potentially leaving the UK after Brexit tops the list of business concerns over a no-deal scenario with the EU come March.

A swath of Japanese firms, which together employ about 150,000 in Britain, have warned they will relocate their headquarters, or are already in the process of doing so, as a result of the country’s failure to secure an arrangement with the bloc thus far.

The Netherlands appears to be the preferred location for a new home for many of these firms, with the Netherlands Foreign Investment Agency apparently in talks with more than 250 businesses on the matter – while Frankfurt could be the new destination for banks.

Here we take a closer look at the companies leaving the UK after Brexit – or those who’ve threatened to, at the least – and what’s driving their decisions.

Companies leaving the UK after Brexit

Japanese automaker Nissan opened its North East England car factory in 1986 because of Britain’s EU membership, which enables it to trade freely with other countries inside the union – without customs checks or extra tariffs.

Employing more than 7,000 people, it is one of the most productive in Europe, producing more cars per worker than any other car plant on the continent.

But in October last year, the company warned a no-deal Brexit would cause major problems for the factory.

It said in a statement that leaving the EU’s single market and customs union, and instead joining the World Trade Organization, would be detrimental to its operation.

This was followed by another Nissan statement on 3 February, which confirmed its new X-Trail model will be built in Japan rather than Sunderland – marking a U-turn after originally agreeing in 2016 to build it in the UK.

Japanese electronics conglomerate Sony has said it will move its European headquarters out of Weybridge in the UK to a site in the Netherlands to avoid customs issues associated with Brexit.

The company reportedly plans to complete the move by March.

It claimed the move will have no impact on personnel or operations in the UK, although its European division will become an EU company following Britain’s departure.

Another Japanese electronics giant, Panasonic announced in August last year it would move its European headquarters from Bracknell, Berkshire, to Dutch capital Amsterdam in October.

Europe CEO Laurent Abadie told Quartz: “We have been studying this for almost one year, and evaluating everything, and then we decided a few months ago to move forward.

“We cannot wait until March and then if something really goes wrong, bad, or good – I cannot judge – but if there’s no agreement by March, then immediately on 1 April, there will be customs clearance, duties and fees, so we see a big risk.

“After Brexit, the UK cannot be the entry door to Europe any more, that’s a fact.”

The company has said no UK business operations will be affected by the move, and roughly ten employees out of a staff of 30 would be relocated.

Aerospace giant Airbus called the UK government’s handling of Brexit “a disgrace” last month and warned it may pull out of the country if it leaves the EU without a deal.

In a video statement released on 24 January, Airbus CEO Tom Enders said: “If there is a no-deal Brexit, we at Airbus will have to make potentially very harmful decisions for the UK.

“Aerospace is a long-term business and we could be forced to redirect future investment in the event of a no-deal Brexit.”

A UK minister has warned British automaker Jaguar Land Rover (JLR), which is already in the midst of a widespread restructure that’s costing 4,500 jobs, could close if the UK cannot secure a deal with EU before it leaves the bloc.

Richard Harrington, of the Department for Business, Energy and Industrial Strategy, told the BBC: “I’m afraid of Jaguar closing, Mini closing, the life sciences industry closing and all the other things.”

“I’ve seen what may well happen with this cut-off date, crashing out in my view is an absolute disaster.

JLR, headquartered in Coventry, employs more than 40,000 people in the UK.

In order to keep its tax arrangements with the EU, British ferry and freight operator P&O will re-register its six UK vessels in Cyprus before Brexit comes to fruition.

A spokesman for the company said: “In advance of Britain leaving the European Union, we undertook a review of the flag status of our ships on the English Channel.

“For operational and accounting reasons, we have concluded that the best course of action is to re-flag all ships to be under the Cyprus flag.”

“This will result in significantly more favourable tonnage tax arrangements as the ships will be flagged in an EU member state”.

The company said no impact will be had on its employees as a result of the change.

Banking giant JPMorgan is planning to move 4,000 of its 16,000 UK employees out of the country as a result of Brexit, which the company says is now “past the point of no return”.

Mark Gavin, vice-chairman of the company’s corporate and investment banking division, reportedly told the Commons Treasury Committee his firm was making progress on its plans to move operations out of Britain, which began in August 2016.

He told the Independent: “We are in the very advanced phases of execution. In fact, a number of these initiatives are already in flight and in many cases we have passed the point of no return – they are happening.”

Despite having argued in the past that Brexit could prove beneficial to British business, Sir James Dyson announced last month his company would be moving its head office from the UK to Singapore.

It will also manufacture its upcoming range of electric cars in the country, rather than in Britain as it had originally planned.

Chief executive Jim Rowan said: “The move is nothing to do with Brexit or tax – it’s about making sure we are future proofed.

“There are huge revenue opportunities in Singapore – China is the poster child of that.

“The tax difference is negligible for us, we are taxed all over the world and we will continue to pay tax in the UK.

“We will continue to invest in the UK, in Malmesbury, in Bristol and London.”

In February 2019, US automotive giant Ford said a no-deal Brexit would harm its manufacturing operations in the UK.

A company statement read: “Such a situation would be catastrophic for the UK auto industry and Ford’s manufacturing operations in the country.

“We will take whatever action is necessary to preserve the competitiveness of our European business.”

The news comes after the Unite union said the automaker plans to cut almost 1,000 jobs at its Bridgend plant over the next two years – though Ford declined to comment on this claim.

The Times reported the Michigan-based firm is already planning alternative sites outside of the UK where it could move its manufacturing operations.

Ford employs 13,000 people at its UK sites in Bridgend, Halewood, Dunton and Dagenham.

Japanese car manufacturer Honda announced in February 2019 it planned to close its Swindon factory in 2021 – a decision that was confirmed in May.

Closure of the plant, which builds 160,000 Honda Civic models each year – a tenth of the UK’s vehicle production – will result in 3,500 job losses and affecting another 10,000 in the supply chain, according to the Society of Motor Manufacturers and Traders (SMMT).

Although the company did not blame Brexit – instead saying the need to build more electric vehicles sped up the need for change – industry commentators believe it will have played a part and Honda has voiced its opinion about the disruption a no-deal Brexit would bring.

Business Secretary Greg Clark also linked the political uncertainty with Honda’s announcement, telling the EEF manufacturing conference that “decisions like Honda’s shows starkly how much is at stake”.