Argentina v France is the first major match of the 2018 Russia World Cup knock out stages - threatening to chuck one tournament favourite out of the fray. Compelo has checked if the rivals compare as closely off the pitch as they do on the pitch. 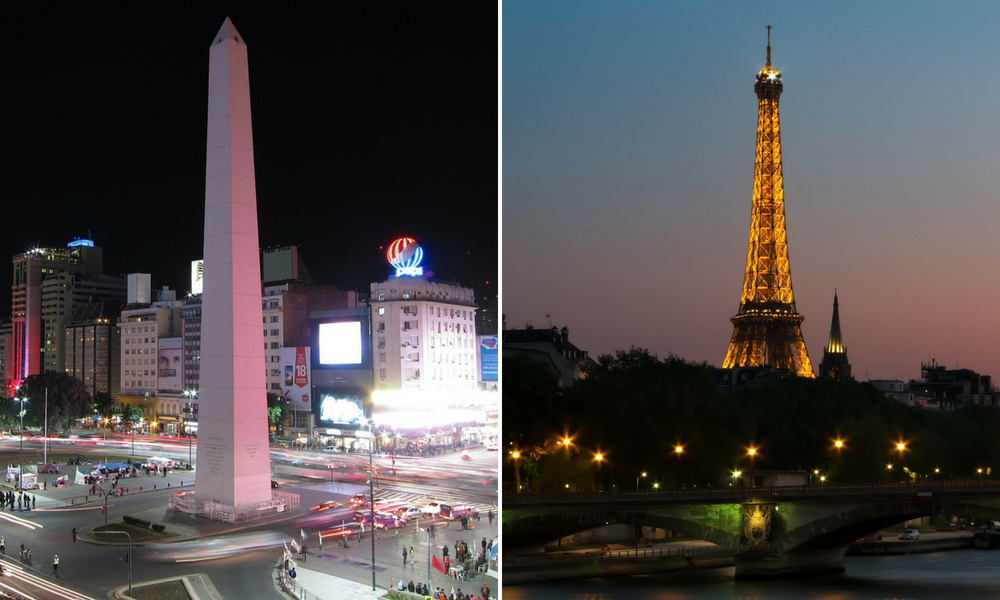 Argentina v France will end in one World Cup favourite saying au revoir to the tournament when the sides kick off the knockout stages at the Kazan Arena.

France has enjoyed a more comfortable journey to the round of 16 than Argentina, finishing at the top of Group C with seven points as Argentina scraped into the number two spot of Group D thanks to a last minute goal from Marcos Rojo against Nigeria on Tuesday.

This is not to say the Saturday afternoon match will be a one-sided affair. Both sides have considerable star power with Barcelona front man Lionel Messi leading Argentina, and Premier League icons Paul Pogba and Olivier Giroud holding the French midfield.

The two countries also have a history of World Cup triumphs, lifting the coveted trophy three times between them.

It’s easy to see why statisticians are having such trouble separating the sides.

Google has the win probability of the sides within 10 percentage points of each other while betting company William Hill has the odds of Argentina or France winning the World Cup at 14/1 and 9/1 respectively.

Compelo has looked at the economies of the two countries to see if it can put some distance between them ahead of their tie tommorow.

Argentina has a population roughly two-thirds the size of that found in France, according to the 2017 UN World Population Prospects report.

The birthplace of Argentinian football legend Diego Maradona is home to 44 million people – a number overshadowed by the 65 million who live between Calais and the harbour of Marseille.

Despite the gap in their national populations, the capital of Argentina, Buenos Aires, is more populous than the City of Love – containing 2.8 million residents to Paris’ 2.2 million.

France – an axis nation of the European Union – has a far larger GDP than its South American opponent.

According to the April 2018 World Economic Outlook report published by the International Monetary Fund (IMF), France produces goods and services to the tune of $2.93tn (£2.22tn) at current prices.

Those with a caricature image of the French might imagine the wines of Bordeaux or Provence to be their nation’s biggest export.

They would be wrong. Planes, helicopters and spacecraft were the largest French export in 2016, accounting for 9.9% of the country’s $498bn (£377bn) export market, according to data from the Observatory of Economic Complexity.

French companies have a greater presence on the Forbes Global 2000 list of the world’s largest companies than their Argentinian peers.

Banking giant BNP Paribas has French roots and a global reach that put it at rank 19 on the list with a colossal $2.3tn (£1.74tn) in assets.

Its closest competitor from Argentina is the oil and gas company YPF (#794) – which boasts an estimated market value of $8.5bn (£6.42bn).

The Forbes billionaires list rates the winery wiz and energy sector bigwig Alejandro Bulgheroni as the wealthiest person in Argentina – and 791st in the world.

An owner of premium winery real estate in Bordeaux and Tuscany, Bulgheroni reportedly has a net worth of $3bn (£2.27bn).

Chief executive of Moët Hennessy Louis Vuitton (LVMH) Bernard Arnault, worth $72bn (£54.7bn)  is the richest man in France and the fourth richest on Earth as a chief beneficiary of the company’s luxury empire.

Levels of unemployment in both France and Argentina are unimpressive by any measure – yet Argentina does fare better than its European rival on this front.

World Bank data put the jobless rate of Argentina at 8.7% in 2017 while France experienced a marginally higher unemployment level of 9.6% that same year.