A £300m offshore wind farm off the coast of Aberdeen has produced its first few watts of power three years after a legal challenge by US President Donald Trump was brought to an end by the UK Supreme Court - now it stands to power 80,000 homes and eliminate polluting energy worth the equivalent of 736,000 cars 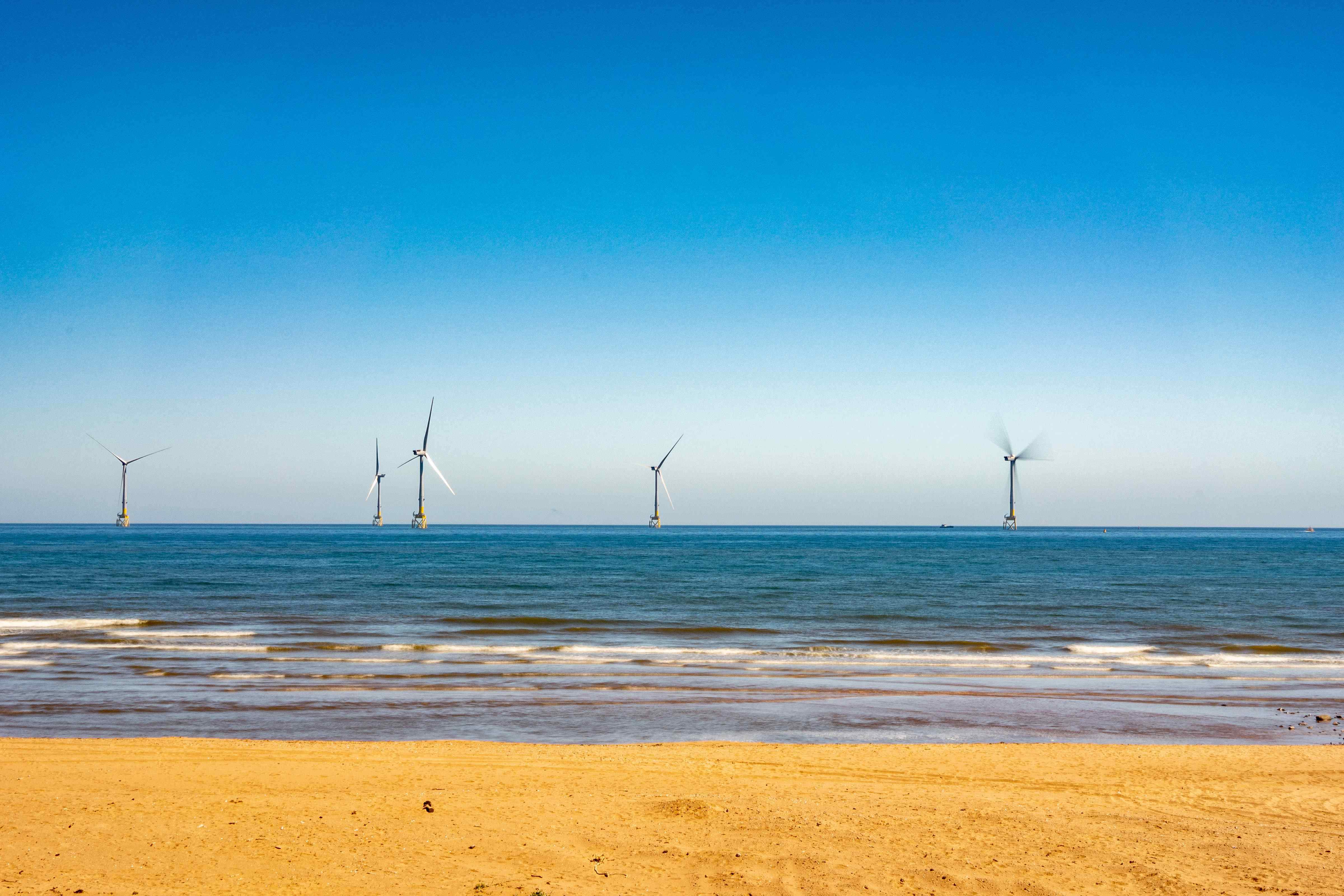 It was fiercely opposed by US President Donald Trump for fears it would spoil views from his nearby by golf course – but a £300m offshore wind farm near Aberdeen has generated its first power.

The European Offshore Wind Deployment Centre (EOWDC) is made up of 11 wind turbines in the North Sea with a combined 93.2 megawatts (MW) capacity.

Swedish energy firm Vattenfall claims its project will generate 70% of domestic electricity demand in Aberdeen and a quarter of the Scottish city’s total electricity needs.

Vattenfall EOWDC project director Adam Ezzamel said: “We have overcome major engineering and technical challenges to achieve first power on the cutting-edge EOWDC thanks to the collective expertise of Vattenfall, and our contractors MHI Vestas, Boskalis and Murphy.

“Our priority now is to fully commission the wind farm safely throughout the summer.”

Vattenfall’s head of business area wind Gunnar Groebler added: “Generating power from the EOWDC for the first time, secured by Europe’s technological leadership in offshore wind, gets us to a future free from fossil fuel faster. I look forward to full power later in the summer.”

The first turbine in the offshore wind farm, which was partly backed with £40m funding from the European Union, was connected to the National Grid in April this year.

Construction of all 11 turbines was completed in May – just nine weeks after work had begun.

It is expected it will meet the electricity demands of 79,209 homes when all its turbines are operational.

There are also hopes it will eliminate more than 736,000 cars-worth of polluting energy usage in its lifetime and “displace” more than 130,000 tonnes of carbon dioxide (CO2).

New wind turbine technologies – including suction bucket jackets that are supposed to make the turbines quieter – are being tested on the offshore wind farm as part of the project.

Scottish Government Energy Minister Paul Wheelhouse said: “I congratulate the project team at Vattenfall for not only a successful installation but also its achievement in generating electricity from the world’s most powerful offshore wind turbines which, with each rotation, will generate enough energy to power a home for 24 hours.”

As well as receiving investment from the EU, the Aberdeen Renewable Energy Group (AREG) also supports the project.

AREG chairwoman Jean Morrison said: “The timescale between the first installation and first power is remarkable.

“The techniques and innovations developed at the EOWDC will be hugely significant for the industry and should help to reduce the future costs of offshore wind.

“As energy demand grows, we need to maximise the returns from our natural resources and offshore wind can help us do that.”

The Donald is trumped by start of project

News of the EOWDC generating its first watts will not be welcomed by US President Donald Trump.

He failed to have the project blocked in a legal challenge that was rejected by the Supreme Court three years ago.

Trump delayed the eco-friendly energy project because he believed it would ruin the view from his golf course in the area.

Trump International Golf Links is a few miles north of Blackdog – which is home to a substation connected to the turbines.

The American President has described wind farms as “disgusting” and a “complete waste” on Twitter.

In 2012 – the year he opened his Aberdeen golf course – Trump tweeted: “Wind farms are ugly, not cost-effective and don’t produce worthwhile returns or energy.

“No wonder governments are giving up on them.”

A £150,000 community benefit scheme – set aside for proposed eco-friendly innovations in the local area – and a three million euros scientific research programme looking into the effects of offshore wind will be run through the offshore wind farm.

Vattenfall – the company leading the Aberdeen project – runs about 1,000 wind turbines across Europe and employs about 20,000 people.

The Swedish company also operates wind farms in other parts of the UK, including Kent, Wales and Swinford.