From better internet on trains to smarter traffic lights, here’s what a 5G transport network might look like

Rail operator SNCF says a 5G transport network will enable it to run 45% more trains, while Renault is creating an augmented editorial experience for drivers 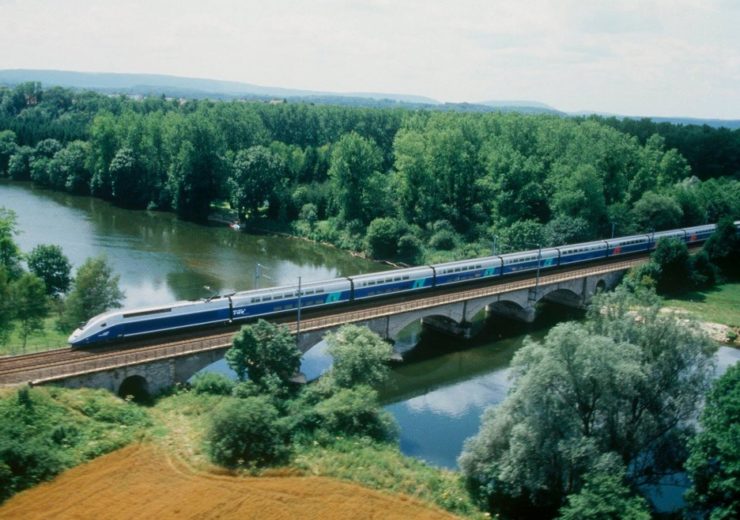 Sitting in a red light when there’s no other cars on the road, getting caught out by a sudden change in weather conditions on the road and having no internet on the train – these are just some of the minor grievances that could be eradicated by a 5G transport network.

While such benefits might be negligible in isolation, together they can create a more efficient transport system that ultimately boosts productivity.

Throw into the ring an ability further into the future to add thousands of extra train services each day and spot hazards on the road ahead before they arise, and next-generation connectivity could one day have a huge impact on people’s everyday lives.

Representatives from Renault, SNCF and Orange – three of France’s biggest companies – spoke about how they will use 5G at the Orange Business Summit in Paris last month.

From helping drivers find the nearest petrol station to warning them about hazards on the road ahead, connected cars have a multitude of useful features.

But as the vehicles communicate with the environment around them – whether it’s traffic lights or other cars on the go – strong and reliable connectivity is required.

Renault will work alongside Orange and Ericsson in a project to measure the capacity of 5G to enrich these communications, with the aim of using mobile networks to keep traffic moving and improve road safety.

Performance tests are planned on a system based on a hybrid V2X (vehicle-to-anything) architecture that involves network slicing – a feature of 5G that assigns a slice of network to a specific use – and other cloud-based technologies.

Jean-Philippe Bauhau, director of IT strategy at Renault, says: “We want to give drivers the ability to be driven.

“With greater autonomy in the vehicle, the associated mobility services will also develop a new experience over time for vehicle users, in which 5G will offer greater security and continuity for data flow.

“You can have an autonomous vehicle without 5G but it needs a lot of sensors and, therefore, is creating a lot of data.

“When you’re generating data, you need more frequent and smarter data flow with those networks.

“Also, an autonomous vehicle is a device that needs to be secure. If you’re connecting with the urban street furniture while on the move, you have a very small timeline for this communication to happen.

“So any technology that boosts the safety of vehicles is welcome and necessary.”

Renault believes 5G will also be able to support other technologies that can boost the driving experience.

Augmented reality is billed for greater adoption by car companies, which could overlay digital information such as weather conditions, driving speed and hazard alerts on to windscreens.

Arnaud Vamparys, a senior vice-chairman who is regarded as Orange’s 5G champion, says 5G will help connected and autonomous cars to detect where pedestrians and other vehicles are and feed that information to the driver in real-time.

He says: “It’ll be able to detect if an ambulance is approaching so the driver can pull over, or whether a car ahead is stopped on one side of the road and alert them to any pedestrians coming out.

“It gives precise locations, which makes traffic smarter and safer.”

At the Paris Motor Show in October last year, Renault unveiled an augmented editorial experience (AEX) in partnership with French business magazine Challenges after the automaker invested in the publisher.

It enables a driver to listen to articles through voice commands, with content recommendations personalised according to the time of day, where the car is and whether or not the driver is alone.

The AEX can display brief information such as topics, headlines and article duration on the connected windscreen, as well as share on social media for the user.

Franck Louis-Victor, global director of connected services and products at the Renault-Nissan-Mitsubishi Alliance, said at the time: “Connected to the cloud and using artificial intelligence, the vehicle will become an interactive, high tech personalized space.

“Tomorrow, through the AEX experience, with enhanced on-board experiences and new enriched and premium content that moves with you, the vehicle would become the ultimate device.

“A unique combination to turn travel time into a learning experience and a journey that would take passengers further than their destination.”

France’s state-owned train company SNCF runs about 14,000 trains a day across 3,000 stations, but 5G could help it to expand its service.

Chief digital officer Benoit Tiers says: “We recognise with this technology that we can run 45% more trains on the same tracks because we can transform what’s currently analogue into digital.

“At the moment, the space between two trains is calculated empirically but in the future we will be able to work it out digitally.

“So 5G is offering us greater performance and improves safety when we’re running these trains closer together.”

To ensure the busier rail network can run smoothly, SNCF will create a digital twin – a computer simulation of the entire infrastructure that can be used for testing out a range of scenarios.

It means the company will be able to visualise almost 18,600 miles of railway and intervene before problems arise.

The passenger experience will also be improved by equipping trains with better internet connectivity.

SNCF is working alongside Orange to provide a high-speed HD video download service for passengers at Rennes train station, enabling them to download films and TV shows in a few seconds to watch during their journey by accessing a 5G hotspot.

It is due to launch in 2020, subject to regulatory approval.

“For passengers, what we want to do is ensure that when they’re travelling at 320km/h or in a tunnel, they can be connected with the internet still,” says Mr Tiers.

“This is a technical challenge so we need the 5G low latency and speeds. It brings a holistic capability for whether you’re in a station, on board a train or in a multi-modal environment, which is becoming more common in transport.

“So 5G is important for running the train itself through the train-to-infrastructure connection but also for people who want to watch Netflix on their smartphone – it’s going to transform the passenger experience.”

The role of a 5G transport network in smart cities

Mari-Noëlle Jégo-Laveissière brings up a common annoyance experienced by drivers across the world.

“We’ve all been out in our car on a Sunday night and got stopped at a red light even though there’s no one on the roads,” she says.

“That will be a thing of the past because 4G isn’t quite up to the task, but 5G will be.”

As deputy CEO of technology and global innovation at Orange, Ms Jégo-Laveissière is working on research projects that will enable thousands of devices located near each other to connect to the internet – and communicate with each other – at the same time using 5G.

She adds: “5G is customer-centric as well. It allows people to have a different experience of mobility and transport.

“Different sensors that enable us to monitor traffic will give a real-time understanding of what’s going on and making suggestions to smoothen and improve traffic flows.

“The difference between 4G and 5G is revolutionary. We’re talking about massive quantities of data because we’re already trading data between cars and infrastructure

“We can’t do it with 500 cars on a roundabout but in the future that will be possible – and securely.

“Equally, we can make the infrastructure more intelligent.”