Airbus announced at the Farnborough International Airshow it is developing the Zephyr, a solar plane that could be used for military and commercial customers, while revolutionising disaster management 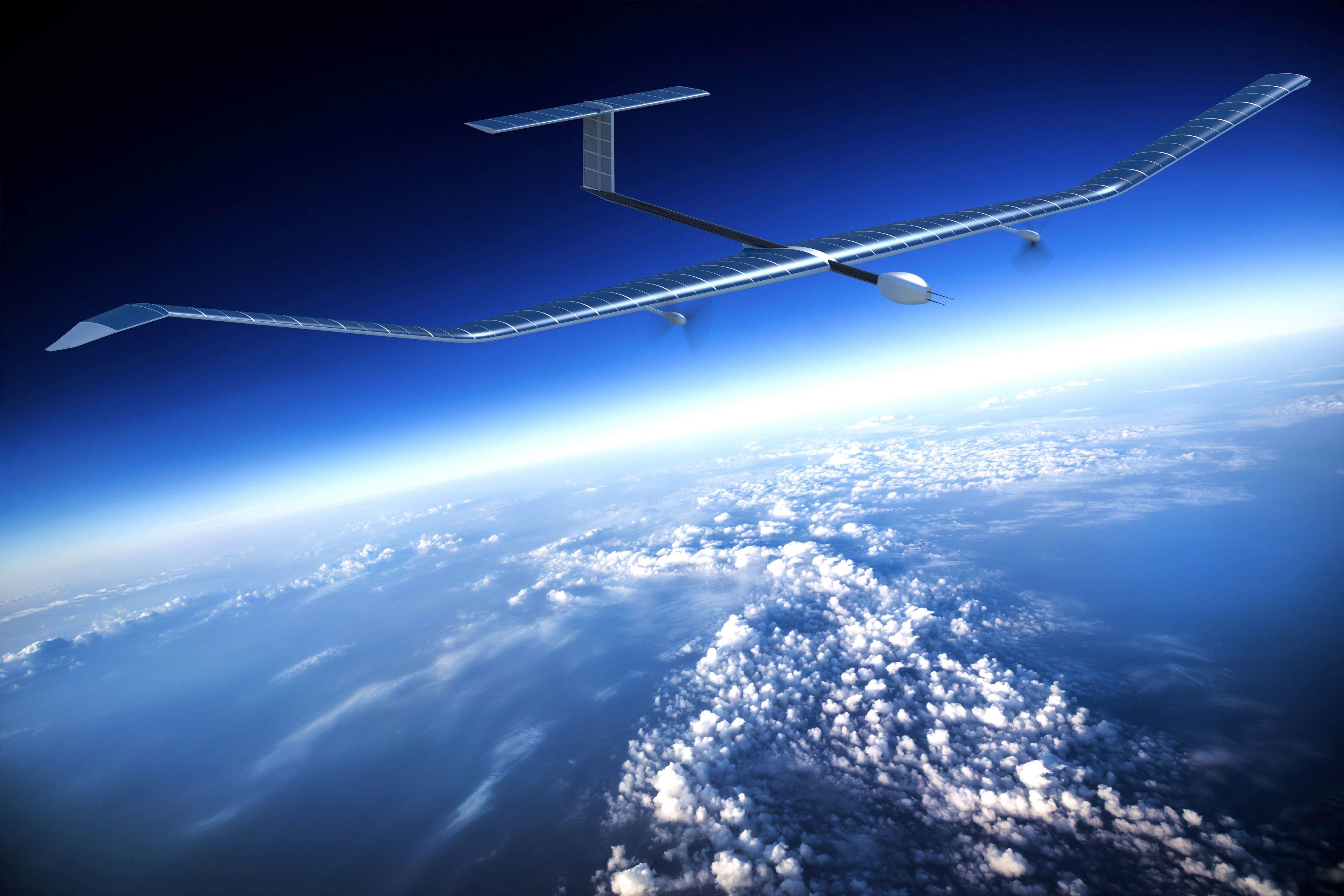 With air travel more popular than ever, the skies are getting a little congested – but the Zephyr solar plane being developed by Airbus could avoid all that air traffic.

The unmanned craft that will be able to fly high above the earth’s atmosphere, also allowing it to swerve any adverse weather.

Its ability to stay aloft for weeks at a time means it could be used as a satellite and communications platform.

Airbus’ Defence and Space division will manufacture the drone in the UK, with the Ministry of Defence among its investors.

The aeronautics company unveiled the solar plane to the world during the Farnborough International Airshow yesterday (16 July).

Dirk Hoke, CEO of Airbus Defence and Space, said the announcement marked a “significant milestone in the Zephyr programme”.

“The Zephyr S aircraft is demonstrably years ahead of any other comparable system and I am beyond proud of the Airbus team for their unrivalled success,” he said.

“Today we have created a new future for stratospheric flight.”

What is the Zephyr solar plane?

The Zephyr S HAPS (High Altitude Pseudo-Satellite) – to give the craft its full name – is a solar-electric, stratospheric unmanned aerial vehicle (UAV), which is currently in production at The Kelleher factory, in Farnborough.

It was named after the late Chris Kelleher, who invented the Zephyr, and represents the first serial HAPS assembly line globally.

The plant will have the capacity to produce up to 30 solar planes each year once it begins operations in September.

Zephyr will have a wingspan of 33m, weighing about 150kg, which will allow it to carry larger payloads.

Airbus hopes the aircraft – which will be the first umanned aircraft to fly the stratosphere – will transform humanitarian, defence and environmental missions globally.

It works by harnessing the sun’s rays, running exclusively on solar power, above the weather and conventional air traffic.

Designed for both military and commercial purposes, Zephyr will have a remote-sensing potential and will be powered by solar energy during the day, and solar-charged batteries at night.

If predictions are to be believed, it will hold the endurance record for unrefuelled aeroplanes at 336 hours, 22 minutes and eights seconds in the air.

The company has promised the aircraft will hold a 120-day flight capacity using a lightweight battery technology, which is still to be tested but will be confirmed by 2019.

Zephyr could help mitigate effect of disasters like oil spills

Airbus currently has two variants of the Zephyr – the S and T.

The Zephyr T is slightly smaller in size, with wingspan of 25m and weighing less than 75kg.

It can carry larger payloads and bring more active payloads to the fore, such as widespread, persistent internet coverage to remote areas of the globe, and active radar.

So far, it has completed almost 1,000 hours of flight time.

A maiden flight of the Zephyr S is currently underway in the US, flying over Arizona, and Airbus plans for it to last 30 days.

This flight is being supported by both the UK and US governments.

Sophie Thomas, head of the Zephyr programme at Airbus said: “Zephyr will bring new see, sense and connect capabilities to both military and commercial customers.

“Zephyr will provide the potential to revolutionise disaster management, including monitoring the spread of wildfires or oil spills.

“It provides persistent surveillance, tracing the world’s changing environmental landscape and will be able to provide communications to the most unconnected parts of the world.”

The Zephyr wants to prove and demonstrate the aircraft’s capabilities, with a landing date still to be confirmed once the engineering goals have been accomplished.

Once Zephyr S is completed, Airbus will move it to Wyndham airfield, in Western Australia.

This has been chosen as the first launch and recovery site for the Zephyr UAV due to its unrestricted airspace and reliable weather.