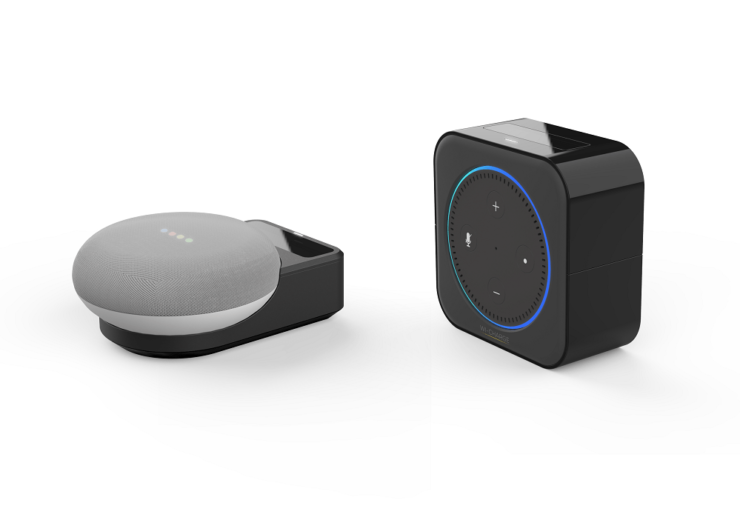 Smart speakers like the Amazon Echo Dot and Google Home Mini could soon be powered up from across the room after being made compatible with long-distance wireless charging technology.

The Wi-Charge system, which is also able to charge phones and tablets, is said to offer greater freedom for how consumers use their devices.

It differs from other wireless charging platforms, such as the widely-adopted Qi standard, in that it doesn’t need to be in contact or close to a charging pad.

Instead, it can receive energy from up to ten metres away, provided there is a clear line of sight.

He set up Tel Aviv-based Wi-Charge in 2012 and the tech is currently in beta phase.

But it believes its product has applications for smart homes, industrial factories and for powering drones.

Last week, Wi-Charge was named an honouree for the CES 2019 Innovation Awards, ahead of the CES 2019 consumer tech conference that takes place in Las Vegas in January, in the smart energy category for its new smart speaker wireless power kit.

It was the second successive year the company was recognised in the awards.

Mr Boger called the long-distance wireless charging technology a “breakthrough innovation” and added: “The sky is the limit when you are not tethered to a power outlet.”

How does long-distance wireless charging work?

By connecting a device to a wireless receiver, power is transferred through beams of infrared light.

The receiver then uses a miniature photovoltaic cell to convert transmitted light into electrical power.

Wi-Charge claims the technology is completely safe and sends a focused beam of energy directly to the device.

If this beam is broken, for example if a person stands between the transmitter and receiver, then the transmission stops and the device stops charging.

The product has been approved by the US Food and Drug Administration (FDA), and the company claims other international regulatory agencies have also reviewed and approved the charging system.