From artificial intelligence to innovations in healthcare, Wales' biggest tech event assesses the big issues of tomorrow with talks by industry leaders from the Silicon Valley and across the world. Compelo reporter Felix Todd was there for day one of the Digital Festival 2018 in Cardiff 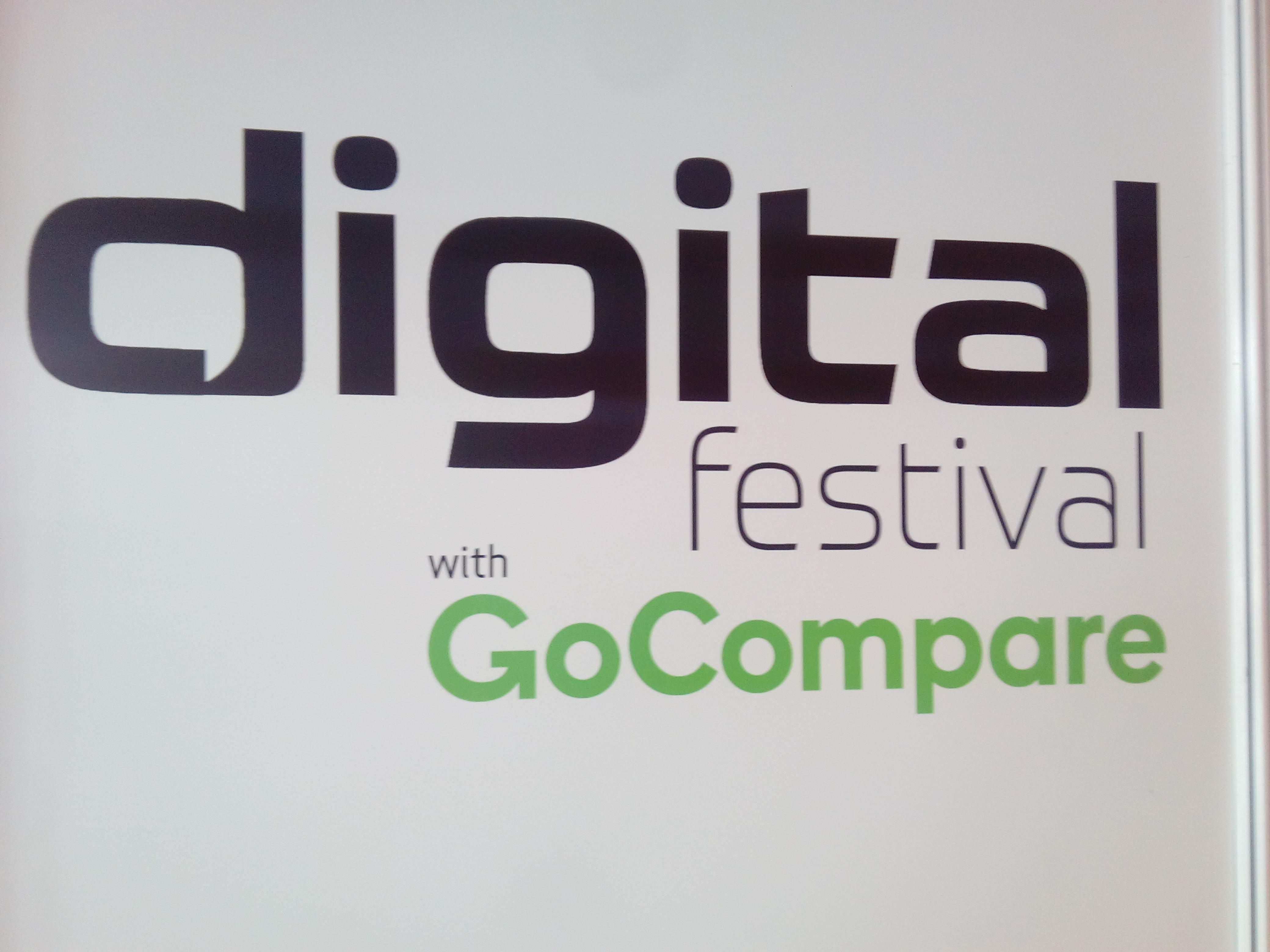 London may be the UK’s tech capital but Wales is quickly developing a burgeoning network of digitally-focused entrepreneurs and start-ups aimed at driving the country forward in everything from artificial intelligence and the Internet of Things to 5G, smart cities and virtual reality.

Entrepreneurs and established senior executives came together with Government officials to celebrate this ongoing digital transformation of Welsh business today (Monday 21 May) at the Digital Festival event in Cardiff, hosted by Innovation Point – an organisation dedicated to funding entrepreneurship in Wales – and sponsored by GoCompare.

Many regions in the UK outside  London are often overlooked when it comes to their tech capabilities and potential but today’s event – the first of two days – demonstrated Wales’ intention of catching up with the capital.

Ken Skates AM, cabinet secretary for economics and infrastructure, said in a keynote speech: “Digital technology is changing faster than ever before in all of our business sectors.

“We want to be open. We want to be on the side of change and advancement because that’s the only way to drive sustainable growth.”

Here’s what we learned from day one at Digital Festival.

In January this year, an EU-backed £2.5m tech fund was granted to help people in South Wales get into digital careers.

He said: “The emergence and adoption of new technology will have a profound effect on our economy.

“We could also be looking at real solutions in the next few years for issues such as an ageing population and low productivity.”

Mr Skates also made mention of a Welsh Government investment of £25m to be made between 2018 and 2021 as part of its Tech Valleys scheme which aims to invest £100m over the next ten years to stimulate the development of advanced technologies in the country.

“Our tech community is build on Welsh values of community and strength and the Welsh government is confident it can create something  greater than the sum of its parts,” added Mr Skates.

Julie James AM, Leader of the House and Chief Whip, also speaking on the mainstage, said: “The digital scene in Wales is growing fast. We are working hard to keep it that way.”

Welsh women at the forefront

Tech positions across all sectors are almost exclusively filled by men, with just 5% of the leadership roles held by women, but the Digital Festival showed how this is gradually changing in Wales.

The event held the first ever Top Women in Welsh Technology awards ceremony, celebrating the women pioneering the digital industry in the country in all industries from financial services to healthcare.

Dr Elin Haf Davies, founder and CEO of aparito, was one of the seven winners and was recognised for her company’s wearable technology and mobile apps which delivers patient monitoring outside of the hospital.

Speaking to Compelo, she said: “At the moment in medtech, only 11% of digital health people are women.

“I think part of the reason is the misconception around what ‘tech’ is, sometimes it’s just thought of as coding.

“But when you look at the role technology plays in our lives – I don’t think there’s many tasks we can do without its aid – you realise it’s so integrated that there’s so much you can do with it.”

She was another of the keynote speakers and serves as an example of the increasing number of women in tech in Wales.

“When I started my career 30 years ago there were almost no women in the digital side of banking and financial services,” said Ms Boden.

“I realised how important digital technology was when I was walking down the street with my son and said his jacket need some work from a tailor.

“I knew of a tailor down the street and told him we could go see them.

“Within seconds he told me there was no tailor there because it was not online, and it just goes to show everything has to be online now in order to engage with future generations.

“This is what women in tech look like – we all can do it, we all should do it.”

A host of Welsh digital entrepreneurs across a number of sectors populated the event, taking part as speakers, in round tables and in panel discussions.

Ben Ryan, who lives in Anglesey, created his own design for a 3D-printed prosthetic arm after his son Sol tragically had to have his arm amputated ten days after being born.

“The NHS told me I’d have to wait a year before I could get a prosthetic arm, and even then it would only be a rigid socket with a silicone hand, that wasn’t good enough for my son,” he said.

The psychology graduate has since established an online prosthetics service, Ambionics, and providing the customer can offer a scan of the amputated area, sends 3D-printed arms around the world to those who needs them at a fraction of the cost offered by established medical organisations.

In the banking sector, Welsh-born 24-year-old Ollie Purdue spotted the desire among millennials, particularly the 16-24 age group, for better ways to manage their money – and founded Loot in 2015 just after he finished university.

“Only 17% of people would recommend their bank, and 57% would change bank if there was a better technology solution,” said Ollie in his talk on the main stage.

“The millennial market is very money-aware, they know they want to go out and do lots of cool things but at the same time making their budget last until the end of the month is a challenge.

“In our experience, 80% of them worry about making ends meet and want answers to really basic questions like how much they spend, how much they can spend and if their spending is normal.

Ollie’s answer, Loot, lets users access their financial information through their mobile and provides functionality like real time spending updates and the ability to set weekly budgets to help customers manage their money.