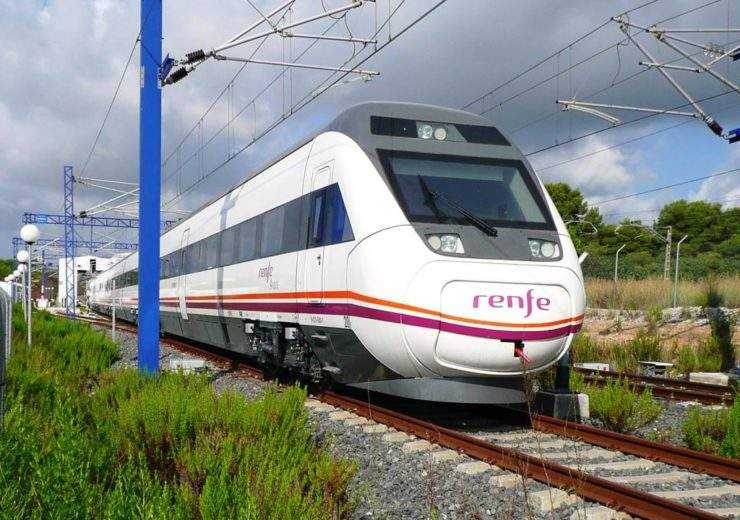 From driving fuel efficiency in airlines to ensuring almost every train arrives on time, using big data in business is now a no-brainer for many of the world’s biggest companies.

T-Mobile owner Deutsche Telekom, Australian airline Qantas Airways and Spanish train operator Renfe are among those that have made key savings and won new customers through the intelligent adoption of analytics.

Their success stories were shared at the Teradata Analytics Universe conference in Las Vegas hosted by global data and analytics company Teradata earlier this month – while visitors also learned how the Equifax data breach last year could have been stopped in its tracks much earlier by spotting data patterns.

Compelo was in the audience to learn about using big data in business.

Deutsche Telekom, Europe’s largest telecoms firm with 168 million mobile customers and 74.9bn euros revenue, has developed an analytics tracker that can be attached to any goods customers don’t want to lose during shipping.

Using the Internet of Things, the device is used by logistics companies to identify exactly where the items are located en route from their warehouse to a customer’s site. It is managed by a data intelligence hub.

Dominik Temerowski, head of strategic partners at Deutsche Telekom IT services subsidiary T-Systems, said: “This is important because right now, logistics providers have a huge problem.

“Each link of the shipment chain is covered by a different logistics provider, which isn’t willing to share this logistics data.

“So how can we get precise time of arrival and calculate from end to end if you have your data siloed?”

Mr Temerowski said the data gaps this creates, combined with a lack of trust, means there is untapped revenue potential.

With 54% of all companies still managing their goods with pen and paper, the industry has a long way to go in digitisation.

But Deutsche Telekom believes its data intelligence hub could be transformational as it enables companies to retain ownership of their data while sharing it securely.

Its overarching vision is to create the first cross-industry analytics platform enabling data-driven insights, putting owners in control of their data.

As Quantas Airways has a $3.2bn budget for fuel each year, making a 1% improvement in efficiency is worth $30m for Australia’s largest airline.

The need for savings was highlighted in a report by the International Council on Clean Transportation in January this year, which said Qantas emitted more CO2 per passenger-kilometre than any other airline operating across the Pacific in 2016.

But to achieve this, it needed to make savings at scale, across its fleet of 90,000 flights every year.

That’s when the airline turned to analytics. It creates two million data points per hour, collecting information on everything from weather and airports to operational functions and passenger weight.

After processing its data to find where efficiencies could be made, Qantas is on course to improve fuel efficiency by 1.5% by 2020 – generating almost $50m in savings.

In a bid to win more passengers, the company promised to arrive on time or refund tickets between Madrid and Barcelona for 15-minute delays.

To increase reliability, it installed sensors along the train to feed back data on the condition of parts and ensure they could be repaired or replaced before problems occur – a concept known as predictive maintenance.

Working with Siemens, just one in 2,300 Renfe trains fitted with the sensors were late in 2016 – a 99.8% punctuality rate – and the company recaptured $100m in revenue in its first six months of the programme.

Teradata chief technology officer Stephen Brobst says: “One of the key points to be successful is to get the data in real-time.

“That often meant less than 15 minutes in data warehousing but that timeframe isn’t acceptable in a lot of industries.

“Sub-milliseconds timeframes are needed to drive services to another level because the trains are going to keep moving whether you make a decision or not, but it could be too late to make an intervention if you don’t have the necessary details quickly enough.”

Using big data in business: How Equifax data breach could have been stopped earlier

The Equifax data breach was one of the biggest ever cyber security scandals, with 146.6 million personal records – nearly half the US population – stolen by hackers last year.

But Matt Mazzarell, a senior data scientist at Teradata, believes the problem could have been averted by using analytics.

Data collected by the Consumer Financial Protection Bureau (CFPB) shows a spike in customer complaints, particularly relating to identity theft, made to the US government agency in the months leading to when the data breach was discovered in September 2017.

Complaints weren’t just filed about Equifax, though, but fellow credit agencies Experian and TransUnion – and the spike began as early as April.

Mr Mazzarell says: “If we look at the data, we could definitely tell there was something going on before the Equifax hack – we just needed analytics to bring it out.

“If you were looking at this data, how couldn’t you have known about the problem around June 2017, when so many people were complaining about their identity being stolen and other types of fraud. The CFPB could have asked questions a lot earlier.”

He adds: “Consumer complaints come in different ways and are often dealt with on a one-to-one basis.

“But we should be looking at all the consumer complaints, collating that information and if something happens to a sizeable number of people, we don’t just deal with them individually but on a macro level.”