Meet Stashbee: The ‘Uber for storage’ marketplace that converts garages and warehouses into affordable self-storage

Looking for a temporary place to store possessions when moving house is no one’s idea of fun – which is why Stashbee claims to make finding affordable and local self-storage easier. Co-founder Anthony Paine tells Dan Robinson how the marketplace platform borrows its business model from Airbnb but is a unique offer in the sector 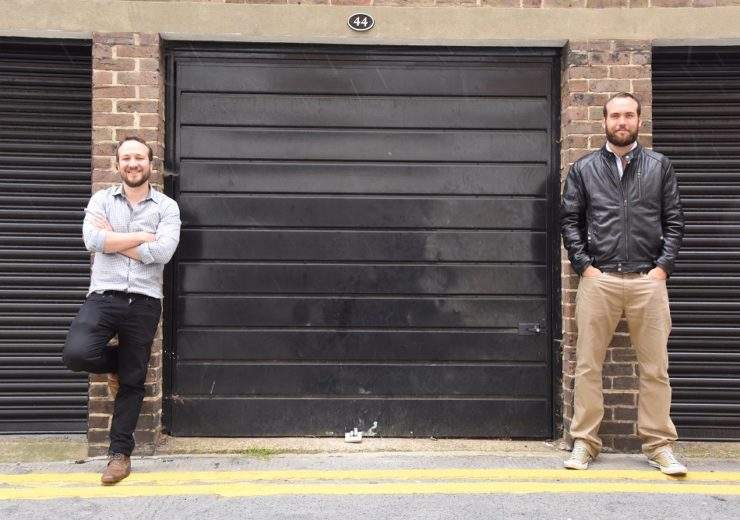 Hosts open the doors of their properties and welcome guests – connected via an online marketplace – to rent out under-utilised space for a temporary period. If it sounds like the premise of a certain global holiday lettings website, then that’s because Airbnb’s business model is one that inspires the founders of Stashbee.

Dubbed the “Airbnb for storage”, the website connects people looking for a location to park their possessions with those who have spare spaces ranging from a room or garage in a house to an empty office or warehouse.

Anthony Paine and David Mantle, the duo behind the start-up, claim it is the first platform of its kind in a fragmented, traditional – but increasingly valuable – self-storage sector.

“It’s a similar concept to Airbnb,” acknowledges Anthony. “The reason we use the terms ‘hosts’ and ‘guests’ is because they’re familiar for people who use marketplace platforms in the sharing economy generation.

“But also we thought about what it means to use Stashbee. We’re enabling micro-entrepreneurs and trying to get our users to adopt our passion for customer service.

“There’s quality implications of having ‘hosts’ and ‘guests’ – it’s not just about an empty space and storage, it’s about people providing a good service to others.”

What is Stashbee? How a break-up created the idea for an affordable self-storage platform

The idea for Stashbee was born in 2016 when, after splitting up with his girlfriend, Anthony needed to store his possessions somewhere fast.

As he left their flat, it struck him that surely there must be people nearby with space to spare if only he could connect with them.

At the same time, David – a 34-year-old with a career background in finance and consulting – had just finished spending £3,000 building a shed to store his bike after growing tired of carrying it up three flights of stairs each day.

Together, the duo – who met at a London entrepreneurship workshop in 2015 – realised the need for affordable, convenient and local storage.

The business case is illustrated by the £750m valuation attached to the sector by the Self-Storage Association UK trade body in 2017, with 44.6 million sq ft of space rented out.

Anthony, who grew up in Brazil and caught the entrepreneurial bug from his dad who ran an accountancy firm, says: “Storage is a product that’s quite fragmented.

“You could go to one of the big storage providers or warehouses, which is great but it’s quite hard to see the prices because it’s quite opaque with hidden costs.

“If you go local, you’re going on Gumtree and trying to find a garage where you’re hoping people don’t do something they shouldn’t to your stuff.

“There’s plenty of options out there but it’s very fragmented – so we’re trying to build a single one-stop shop that we hope will be the number one global platform for this type of storage space.”

Creating the ‘Airbnb of storage’ with Stashbee

Anthony, 30, admits Airbnb was a good reference point and success story for the Stashbee business model, which “connects people together to deliver a service”.

“The way David and I approached this is we looked at the problem in our industry first, and then we worked out the business model to solve this,” he says.

“For people who were looking for storage, there’s no single place for them to go. Normally, storage is determined by life events, whether it’s moving office, upsizing or downsizing, divorce or even someone’s death.

“There’s not a huge awareness of storage or one place to go and compare the options.

“The informal solutions out there weren’t really fit for purpose because you couldn’t tell if a place was reliable or safe.”

After identifying the problem that needed to be solved, Anthony and David needed to come up with a business model.

Like many modern day start-ups aiming to disrupt a market, they looked to the likes of Uber and Airbnb for inspiration.

Together, those Silicon Valley giants have helped create the “sharing economy” that is gradually taking over every aspect of our lives as we move from an ownership to rental model – think on-demand Netflix shows rather than buying boxsets, and hiring a Zipcar for a few hours rather than buying a new car.

The Airbnb idea, in particular, came about more than a decade ago after roommates Brian Chesky and Joe Gebbia put an air mattress in their living room and turned it into a bed and breakfast because they couldn’t afford the rent for their loft apartment.

Anthony, whose background was in marketing and technology consulting, recalls: “We didn’t just want to use those comparisons for the sake of it, but we found there was a similar rationale to Airbnb as people and businesses don’t have a way to use their idle spaces.

“That was our first hypothesis and it turned out to be true. We then thought, if the owners didn’t know they let it out, how do we find the customer and collect payment?

“How do we check ID and deal with all the logistics to get people into your space, and then move them out your space?

“We saw how the marketplace model that connects two sides works for us.”

The self-storage business mainly offers warehouses to consumers but Stashbee primarily targets homeowners, who can rent out anything from a garage to a cupboard.

Anthony adds: “There’s also small and medium-sized family storage companies who aren’t digital natives so they don’t have automatic invoicing or a platform to be connecting with customers.

“The Airbnb model was the inspiration but we started with a problem and then worked back, before we understood this marketplace was the right way for us to go – and it’s proven the right way.”

While there are some directories for consumers to find self-storage options, Anthony is keen to point out how Stashbee offers more than just a list of businesses.

“Directories imply something passive – a list you can browse,” he says.

“But we’re handholding people through the whole experience of doing storage. If you’re someone who’s selling space, you can put yourself in the Yellow Pages.

“But with us, you’re getting a whole load of features to make it easier to get value.”

Stashbee checks the identities of guests, handles payments and finds out their intent in terms of what they want to store and for how long.

It has a monthly billing system and has a process that deals with when guests stop making payments.

The automated platform also provides insurance powered by Guardhog, which specialises in insurance for the sharing economy.

Anthony explains: “If you have an outhouse attached to your home that’s empty, you can come along to our platform and list that space.

“We’ll give you ideas of pricing and help you to book it out. Then we’ll deal with the whole end-to-end process.”

On average, hosts earn anywhere between £1,600 for a basement to £2,500 for a spare room each year – while users are said to save roughly between 30% and 40% compared to traditional storage facilities.

What the future holds for Stashbee

Stashbee, which raised £1m through equity crowdfunding platform Seedrs in June, reached a milestone of 10,000 users in November after growing at a rate of 14% every month.

While it is mainly focused on London now, properties are being listed across Britain and there are plans to take it global eventually.

One of the big drivers the company hopes will help it move forward is the review system, which is similar to Airbnb as both hosts and guests rate each other.

With a team of 11 staff in the UK capital, the excitement that comes with a start-up culture is still there and Anthony admits everyone will instantly read reviews – with a bell going off each time a new write-up is posted.

Anthony believes there is plenty of potential for Stashbee.

“What excites me about this is it’s a platform dealing with everything that’s non-liveable space, whether it’s a garage, basement or outhouse – through to a big warehouse.

“It’s anything that’s idle and we want to make it easier for people to get access to more space because prices are going up and available space is getting smaller.

“We’re still in the early stages but there’s a lot of potential in markets like Germany and France, while the storage capital of the world is the US so we’d love to go there at some point.”