Sn-ap: Meet boss of the ‘Airbnb of inter-city coach travel’ that’s bidding to become a unicorn

With rail fares on the rise and trains plagued by delays and overcrowding, commuters and day-trippers are looking for alternative transport methods. On-demand coach start-up Sn-ap hopes to take advantage of this by connecting passengers with under-utilised coach operators for inter-city travel. Co-founder and CEO Thomas Ableman tells Dan Robinson why there's no limit to its potential 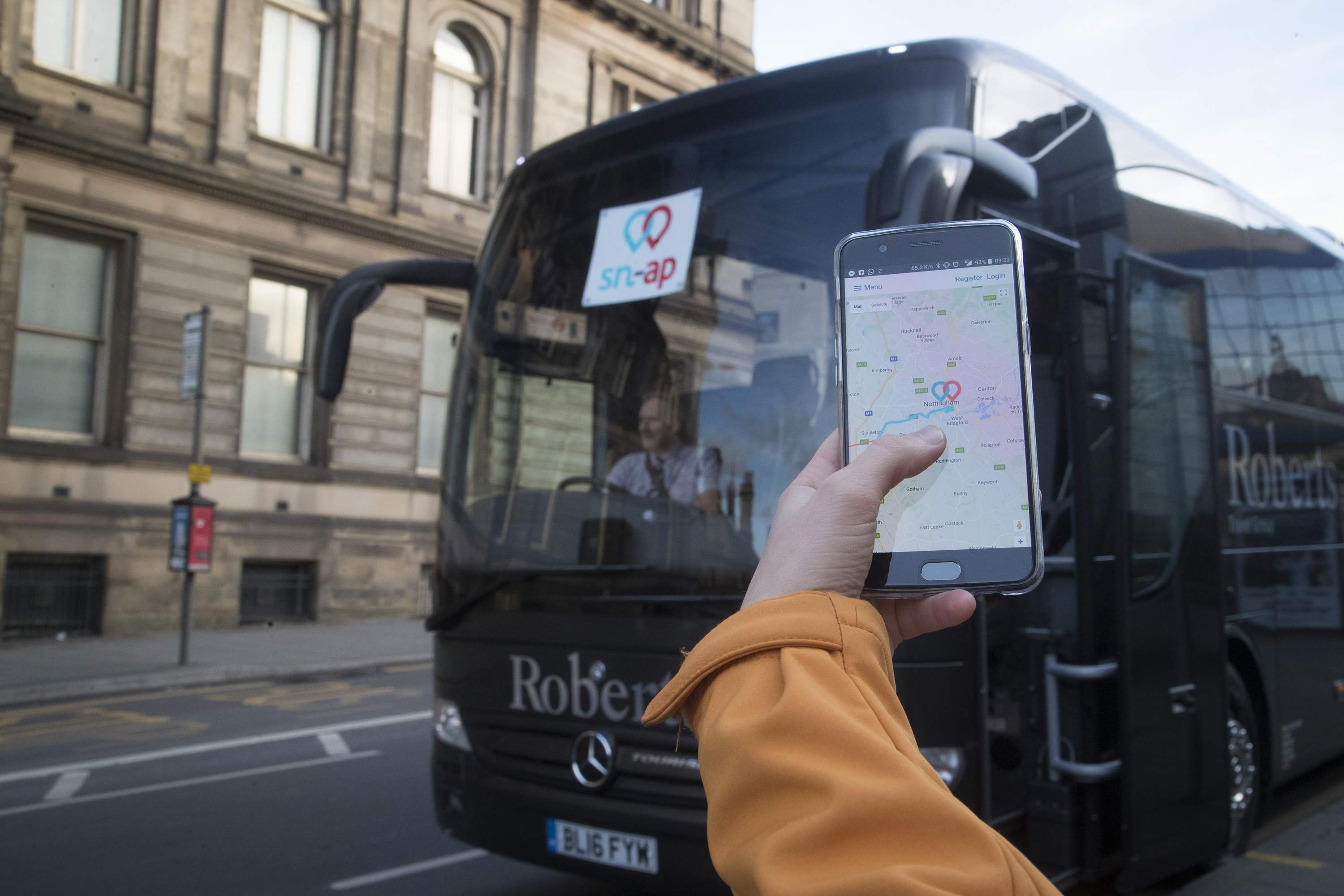 In January 2016, 18-year-old Jordan Cox hit the headlines for flying from Sheffield to his hometown in Essex via Berlin because it saved him £7.72.

The following year, British university friends Lucy Walker and Zara Quli chose Malaga as the location for a reunion because a pair of flights was £40 cheaper than a return train ticket from Newcastle to Birmingham for just one of them.

Such left-field travelling decisions have become increasingly commonplace – Joe Furness was another bargain hunter who flew from Newcastle to London, via Menorca, to save more than £50 last summer – as the cost of UK train tickets has soared.

Studies have suggested British commuters pay five-times more in rail fares than the rest of Europe – something that points to a “broken” inter-city travel system, according to the man at the helm of Sn-ap, the on-demand coach travel tech start-up.

It works not as a coach provider, but by connecting premium suppliers with customers for the most popular journeys – costing from £2 for a single ticket.

CEO and co-founder Thomas Ableman says: “Fundamentally, our aim is to enable anyone to go anywhere for not very much money.

“Trains are very expensive and subject to massive government regulation and control, which doesn’t always lead to the best customer service.

“We have two national coach networks that don’t always offer outstanding customer experience and there are so few choices available to people to make inter-city journeys.”

How Sn-ap got on the road

And he should know, having been commercial director at Chiltern Railways from 2009 until April 2016, when he left to set up Sn-ap.

He was joined by the train company’s former managing director Rob Brighouse, who is a Sn-ap board member; Aviva’s former head of global marketing strategy Christy Stewart-Smith, who rebranded the insurer from Norwich Union and has also launched Nuts magazine during his career; and product designer Tom Moreton, who founded digital marketing agency Fat Beehive, one of the first tech companies to move into Shoreditch in 1997.

Together, they noticed a trend in which people were looking for cheaper and more reliable alternatives to trains, but coach travel was dominated by companies including National Express and Megabus.

While those firms run their own fleet of coaches, Sn-ap employs a different model by acting as the middleman between coach operators that have vehicles lying around doing nothing and the customer through its online platform.

Only companies running “five-star” luxury vehicles are considered, with those on the books having also been hired to carry footballers from clubs including Swansea City, Sheffield United, Leyton Orient and AFC Wimbledon.

Thomas, a 36-year-old Oxford graduate who worked for National Express earlier in his career, says: “Demand for coaches is growing year on year. People are being put off making train journeys by cost and customer service.

“We want to make it enjoyable, easy and stress-free for people to make those trips.

“These are the coach companies that carry Premier League footballers, rock stars and corporates – they take people on ski trips to Val d’Isere that people pay thousands of pounds for.

“Now we can take people to cities as well. There are tens of thousands of coaches in the UK, many of which are fantastic quality and entirely flexible.”

Launch and expansion of Sn-ap in UK cities

Sn-ap launched its first service between Nottingham and London in October 2016, offering prices ranging from £2 to £15 each way for a three-hour journey in comparison to a £60-plus return train fare that averages around the two-hour mark.

The East Midlands city was chosen because a number of investors are based there so they knew the market, while it didn’t have the best travel options but has a high population of students – who Thomas believes are “great early adopters”.

Since then, it has expanded into more cities and towns in the South and Midlands, including Bristol, Cardiff, Leicester, Oxford, Windsor, Birmingham and Canterbury – with more planned over the next year.

“The more areas we can get into, the more connected we can be,” says Thomas. “We want to keep launching in new places and expanding all the time.”

At the moment, the focus is on trips from London to other cities, with about 60,000 customers signed up and a high repeat business rate.

But, in time, Sn-ap also hopes to link up the regions, while also reaching the point where it doesn’t just have scheduled journeys but trips set up due to sufficient demand created by passengers.

The company, which has its head office in Walthamstow, London, now has a team of about 26 people but many of those are based remotely as it bids to grow its reach across the UK.

Thomas says: “We’re not building a small-scale business. By its nature, it’s a large-scale business that will eventually achieve massive scale – and needs to achieve to succeed.

“That’s why it’s important to have people in the business who are comfortable with scale and can do it quickly.”

Investment has been key to the growth strategy, with £6.4m raised so far from angels and venture capital – including a latest funding round of £3.4m this summer – which has funded the new city launches.

By comparison, Uber raised £7.5m in the same period.

Despite the on-demand transport models of both companies, it’s another Silicon Valley behemoth that Thomas likens Sn-ap to – Airbnb, the online marketplace for short-term accommodation.

He says: “Airbnb is about connecting things that are under-utilised in terms of capacity to people who want quality, and creating an incentive scheme to make sure it pays – and that’s exactly what we do.

“The star ratings that passengers give to coaches drive the entire commercial model from the supply side, just like they do with Airbnb.

“A lot of people compare us to Uber, which makes sense because it’s road travel, tech-enabled as it uses an app and also third-party vehicles and drivers.

“But we’re using vehicles that were built for another purpose and deploying them for inter-city travel, which people otherwise wouldn’t have access to.

“The coach industry under-utilises its assets but, as we grow, operators will start to use us as a core customer.”

While coy on the exact figure, Thomas says Sn-ap is currently valued in six figures but it’s soon to be seven.

“This is a multi-million pound business,” he adds. “At scale, this is a business measured in billions, not millions.

“Look at the transport market. People spend more money on transport than any other market – more than leisure or housing.

“If you do it better than anyone else, there’s a lot of room for growth.