Meet the boss of Pie.io – the tech firm innovating the logistics sector

Bringing the standards of Tesco grocery delivery services to the freight and logistics sector is the stated aim of Pie.io with its new fleet management app. CEO Stuart Hill tells Compelo web editor Dan Robinson how the start-up is using technology to plug a gaping hole in an industry crying out for innovation 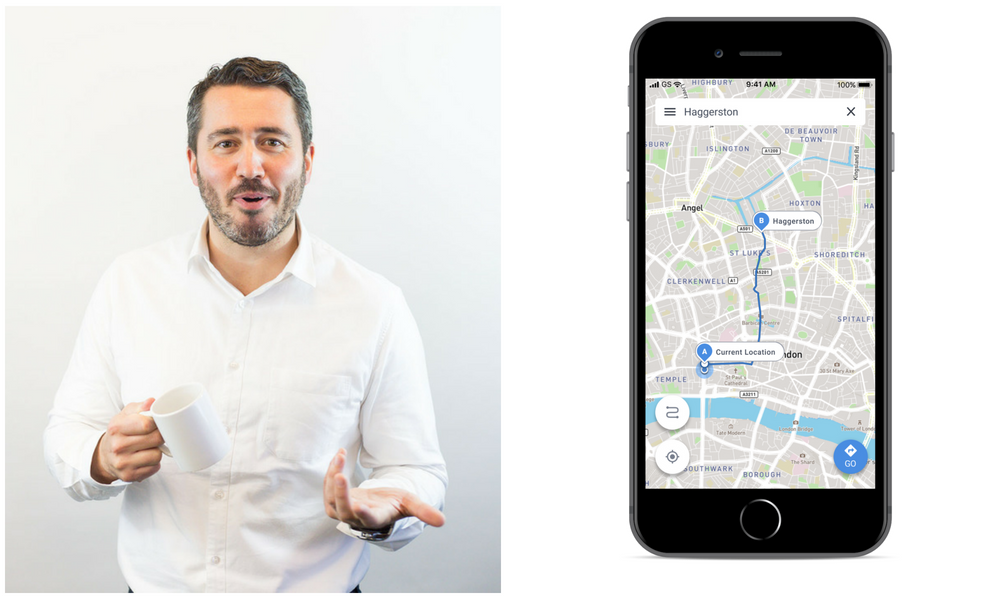 Lorry drivers have long been used to trawling through paper maps when trying to find their next destination.

It’s a time-intensive and potentially dangerous job – and completely out of kilter with the rest of a world in which tech rules the roost.

Even sat navs present their own challenges for heavy goods vehicles (HGVs), but all that could soon change with the release of a new app designed specifically for the logistics sector’s needs.

Pie, the fleet management software, tells drivers everything from the most efficient routes to take to alerting customers if the delivery is going to be late.

In a nutshell, the transportation logistics platform allows organisations to track, schedule and manage their jobs.

CEO Stuart Hill says: “For me, it’s hypocritical to talk about safety on the road with a system that gives a driver a paper map to look at while they’re driving.

“So logic means that, when ultimately nowadays mobile phones and tablets are so common, technology has to be a base standpoint – it’s everything.

“Gone are the days where you’d put together a plan and execute it over six months.

“The e-commerce world has had to adapt to the point where retailers might need another 40ft truck for the next day because they sold more goods than they expected – so they need the technology to help them with that.

“And a customer wants to know exactly where their delivery is and whether it’s going to be 10 minutes late so they can get on with other tasks.”

This digital mapping technology was something Stuart’s company set out to create when it was formed under its current guise as Pie.io from the assets of Public Information Exchange, which were bought by international parcel delivery company DPD Group in 2015.

Public Information Exchange – also known as PIE Mapping – had been set up four years earlier by Freddie Talberg, who had got his big break by building and operating the freight journey planner for the London 2012 Olympics.

DPD’s interest in the business, which provided customised maps with relevant information for specific driver communities, came before it found a digital solution.

Now Pie.io, it currently has 16 staff – down from about 50 when it had contractors on board to develop the platform – in its central London office and a six-figure turnover, a tiny chunk of DPD’s 6.8bn euros (£6bn) revenue last year.

But Stuart believes having such a key strategic investor means there is a huge potential for growth.

While there are bigger players involved in telematics for the transport and logistics industries, Pie.io has found its niche by servicing fellow SMEs.

Stuart says: “This technology is what we set out to create when we bought the assets of the divisional company.

“For the industry, it just brings base solutions to the SME market, where there’s nothing else like it – visibility of vehicles is woeful at the moment.

“We’re targeting the companies with up to 100 vehicles that haven’t got big retailer contracts but are used to picking up the phone and quoting jobs on an ad-hoc basis.

“The average fleet size is about 15 vehicles and the majority of smaller companies don’t have this technology because it’s been too expensive until now, so it shows there’s a huge market.”

Its original service, called London Lorry Route Approver (LLRA), is used by 200 customers with 3,000 vehicles to help them navigate the capital’s streets where local authorities have preferred routes for heavy goods vehicles (HGVs) and can lead to £500 fines if they make a wrong turn.

For the new software – which can be downloaded on a smartphone or tablet – Pie has devised a single solution to a big issue by connecting fleet planning, routing and tracking on one app to provide efficient fleet management, which it says helps to lower costs and increase performance.

Available nationally, it is currently used by courier service EPS and Stuart’s old company wnDirect, with hopes of reaching up to 60,000 vehicles within the next two years.

Stuart explains: “Our USP and our target market is around bringing visibility to the HGV industry, which is traditionally used to spreadsheets and enterprise-based systems.

“In a world where compliance and safety is stronger than it’s ever been before we’re effectively trying to bring a web-based platform solution to track that and won’t cost the world in up-front fees.

“Compliant routes might include avoiding those with narrow bridges where HGVs could get stuck or, if it’s going to a controversial construction site where there’s been a lot of local opposition, it might provide a different route so they can avoid any conflict.”

It’s not just the drivers and logistics companies that benefit, with customers able to find value in the ability to track deliveries too.

By having the ability to track where lorries are in real time, it means managers don’t have to be sat by the phone or their computer waiting for news on when parcels will arrive.

Stuart, who won the business enabler of the year at the National Business Awards in 2016, adds: “If you think about the experience you get from Tesco when buying some wine, we want our construction site managers to have the same experience.

“I use the analogy that when I stand and wait for a colleague or friend to arrive from Paris into Heathrow, I’m looking at the flight arrivals dashboard to see whether they’re late or on time.

“The amount of times a driver will get a call asking where they are could make it dangerous because they shouldn’t be on the phone, so instead this app shows the customer a map of exactly where the driver is.

“Exposing the visibility of vehicles to customers sounds simple but as an industry, it’s something that’s missing and what it’s looking for.”

Stuart’s background makes him an ideal candidate when it comes to disrupting a market.

He spent 15 years working in retail, occupying senior operational roles at John Lewis – during a time when it evolved to become an e-commerce powerhouse after buying online electronics retailer Buy.com in 2002 – and Asos.com.

During his time at Asos, he was head of international operations when the clothing retailer grew from a £30m turnover business to more than £350m.

It was his experience at this brand that led Stuart to set up his own company and ultimately led him to his current position at Pie.

Recalling his retail days, he says: “I was very fortunate to get into John Lewis when I did. For a retailer to buy a dot-com company was unheard of but for John Lewis it was something completely unexpected, so that was a great experience for me.

“We then made Asos into a multinational brand but it couldn’t afford to put stock into multiple countries.

“We couldn’t find a solution that was nimble enough for what we wanted, which is why we came up with wnDirect.

“That’s a nimble solution to a complicated problem, just like what we’re doing at Pie.”

Stuart set up the company in 2012 and was CEO until he sold it to DPD Group in January last year – at which point he took charge of Pie.

“I’ve been involved with disrupting the market for quite some time and that’s what we’re trying to do again with Pie.

“First it was retail but now we’re on a mission to modernise the freight industry in a way no one else can.”