The latest version of the Navya autonomous shuttle was unveiled at the Paris Motor Show this week, highlighting the French manufacturer's commitment to making driverless transport a practical reality. Felix Todd reports from one of Europe's biggest car shows 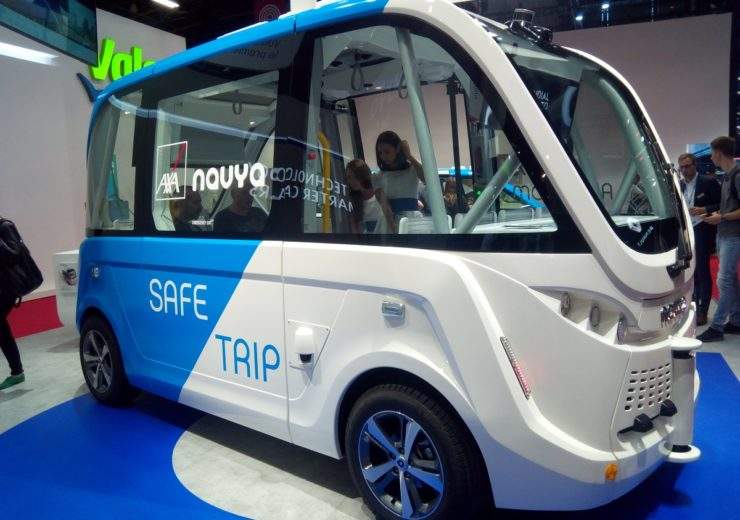 While the idea of self-driving vehicles can feel like a pipe dream at the best of times, the unveiling of the Navya autonomous shuttle at the Paris Motor Show 2018 provides a glimpse of the technology in use today.

The French autonomous vehicle manufacturer has a number of driverless vehicles on the market today, but chose the French capital as the stage for its electric shuttle already in use in 17 countries including France, Sweden, the US, Australia and Singapore.

With a team of more than 220, it claims to have one of the most experienced research and development departments in the world dedicated to making self-driving a genuine reality at scale.

To date, Navya has produced more than 100 autonomous vehicles and sold 89 worldwide, transporting 275,000 passengers since April 2016 on journeys that involves no driver and burns no fossil fuels.

A spokesman for the company told Compelo at the Paris Motor Show: “The world’s biggest cities are developing at a very fast rate – by 2050, almost 70% of the the population will be living in cities.

“So obviously there needs to be an answer to this when it comes to transport, but the current solutions on the market aren’t meeting that demand.

“Autonomous vehicles are the most relevant solution for meeting the challenges that the world’s cities face today – that’s why our work with the Navya autonomous shuttle is so important.”

The Paris Motor Show was the scene for the unveiling of the latest iteration of Navya’s self-driven shuttle bus.

It can carry a maximum of 15 passengers at a top speed of 16mph, and features a 15-kilowatt (KW) battery that can last an average of nine hours.

The exterior is jam-packed with gadgets, including a global navigation satellite system (GNSS) antenna on the roof that communicates with a GPS sensor to determine the exact position of the shuttle at any given time.

It also has an odometry device near the front wheels that measures the displacement and speed of each wheel to determine its velocity.

On top of the shuttle and towards its front is an advanced camera, which detects obstacles and estimates their position relative to the vehicle, while lidar sensors are placed below the front window to provide 3D maps of the environment.

Navya has worked with its various partners around the world to implement its shuttles on the road.

In Lyon, France, two autonomous shuttles are in use, transporting passengers across and along the city’s main river in a trial programme led by the French manufacturer and France’s largest private sector transport group Keolis, with support from local government bodies.

In the West Kowloon Cultural District Authority (WKCDA) of Hong Kong, one shuttle is available for journeys around the area’s nursery park.

Meanwhile, in Fukushima, Japan, electric power firm Tepco has put into service three Navya autonomous shuttles on a 3.5-mile route within one of its plants, with the intention of providing more efficient employee transit.

Additionally, you’ll find two of the French manufacturer’s vehicles in Sion, Switzerland, where the country’s leading bus company PostBus has partnered with Navya to offer driverless journeys to residents and tourists in the town centre.