The tech major’s revenue for the quarter ended 30 September 2021 was $45.31bn, which is a 22% growth compared to $37.15bn in the corresponding quarter of the previous fiscal year 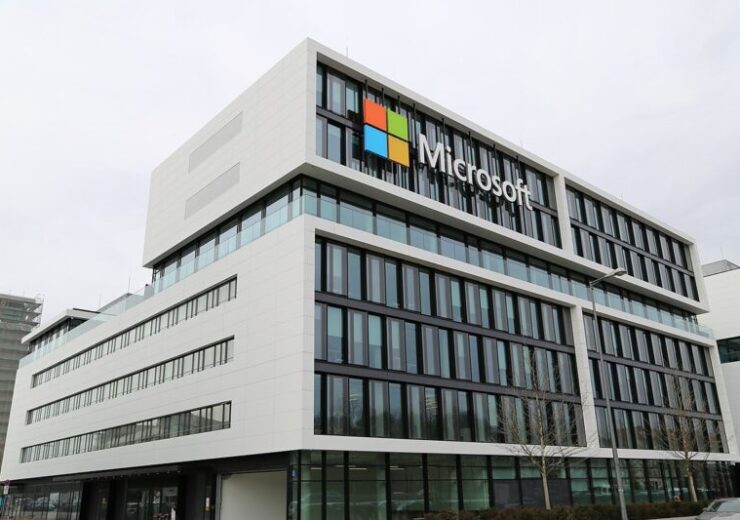 An office of Microsoft in Germany. (Credit: Rufus46/Wikimedia Commons)

The tech major’s revenue for the quarter ended 30 September 2021 was $45.31bn, an increase of 22%, compared to $37.15bn in the corresponding quarter of the previous fiscal year.

LinkedIn, which is part of the unit, saw its revenue grow by 42% YoY.

The company said that the subscribers of Microsoft 365 Consumer increased to 54.1 million during the reported quarter.

The intelligent cloud business of Microsoft delivered revenue of $16.96bn in the reported quarter, which is a year-over-year (YoY) growth of 31%. In the same quarter of the previous fiscal year, the business earned revenue of $12.98bn.

Overall, Microsoft Cloud reported revenue of $20.7bn in Q1 FY22, an increase of 36% compared to $15.2bn of revenue for the same quarter in the previous fiscal year.

Microsoft chairman and CEO Satya Nadella said: “Digital technology is a deflationary force in an inflationary economy. Businesses – small and large – can improve productivity and the affordability of their products and services by building tech intensity.

“The Microsoft Cloud delivers the end-to-end platforms and tools organizations need to navigate this time of transition and change.”