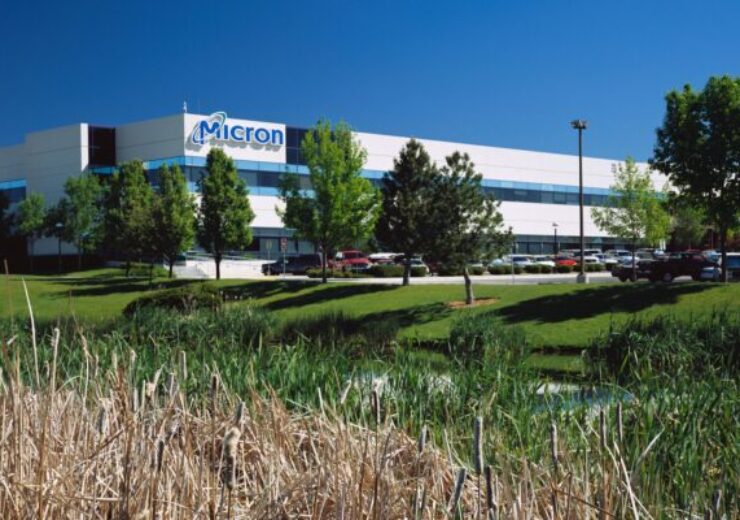 Micron Technology has broken ground on its nearly $15bn memory manufacturing fab in Boise, Idaho, which is said to be the first-of-its-kind facility in 20 years in the US.

The company expects to begin construction on the new memory manufacturing plant early next year. It is targeting to operationalise cleanroom space in phases starting in 2025.

Micron Technology aims to begin production of new DRAM at the memory manufacturing fab in 2025 with plans to ramp it over the latter half of the decade in line with the growth in industry demand.

Eventually, the cleanroom space at the Boise facility will occupy 600,000sft.

The investment in the Boise manufacturing plant is part of the company’s strategy to boost its DRAM production in the US to 40% of its global output in the next decade.

Micron Technology president and CEO Sanjay Mehrotra said: “With this facility, Micron will closely couple R&D and manufacturing, providing synergies that will enable us to accelerate the production ramp of advanced memory technology.

“The investment, made possible by the anticipated grants and credits provided by the CHIPS and Science Act, also enhances Micron’s supply chain resilience and will establish a new strategic capability for the U.S.”

Micron Technology said that its investment will generate more than 17,000 Idaho jobs. These include 2,000 direct jobs in the company as the cleanroom is constructed and production is ramped up fully.

Idaho Governor Brad Little said: “Micron is a true homegrown Idaho success story. In Idaho, we are proud that years of fiscal conservatism and key investments have made our state a great place to do business.

“We are grateful for Micron’s continued support of Idaho and our capital city, and we look forward to the opportunities this historic business expansion will bring to the citizens of our state.”

The investment in the new Idaho fab is part of Micron Technology’s plans to inject $40bn in factories and memory chips in the US, as per an announcement made last month.

The memory manufacturer intends to build another high-volume manufacturing site in the US for which it has reached the final stages of the selection process.