Intel reportedly in talks to acquire GlobalFoundries for $30bn 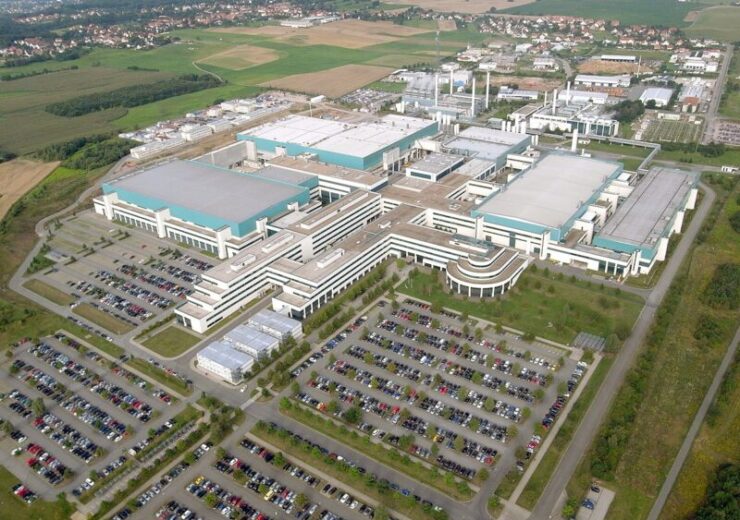 Aerial photo of a fabrication facility of GlobalFoundries in Dresden, Germany. (Credit: Fensterblick/Wikipedia.org)

Intel is in talks to acquire US-based semiconductor manufacturer GlobalFoundries for nearly $30bn, reported The Wall Street Journal, citing people having knowledge about the matter.

The potential deal could help Intel in manufacturing more chips for other tech firms, as per the publication.

However, there is no assurance that the reported talks will result in a deal, while GlobalFoundries could move ahead with a planned initial public offering.

Currently, the semiconductor manufacturer is 100% owned by Mubadala Investment, the sovereign wealth fund of the Abu Dhabi government in the UAE.

The publication reported that any discussions about the potential deal do not seem to involve GlobalFoundries’ executives as a company spokeswoman denied any such talks with Intel.

Headquartered in Malta, New York, GlobalFoundries is a specialty foundry that provides design, development, and fabrication services to more than 250 customers around the world.

The company has manufacturing facilities in Germany, Singapore, Vermont, and New York.

GlobalFoundries was created after Advanced Micro Devices (ADM) had announced plans to spin off its semiconductor manufacturing operations into a new company.

Last month, the company began construction on a new fabrication plant (fab) at its Singapore campus with an investment of over S$5bn ($3.69bn).

The new fab will help the silicon wafer manufacturer expand its global manufacturing footprint for handling the growing customer demand around the world for semiconductors. It is expected to start operations in 2023.

Intel, on the other hand, had announced in March 2021 about its plans to invest $20bn in Arizona, US for constructing two new fabs. In May, the company announced a multi-year investment of $3.5bn to boost the capacity of its chip manufacturing facility in Rio Rancho in New Mexico.