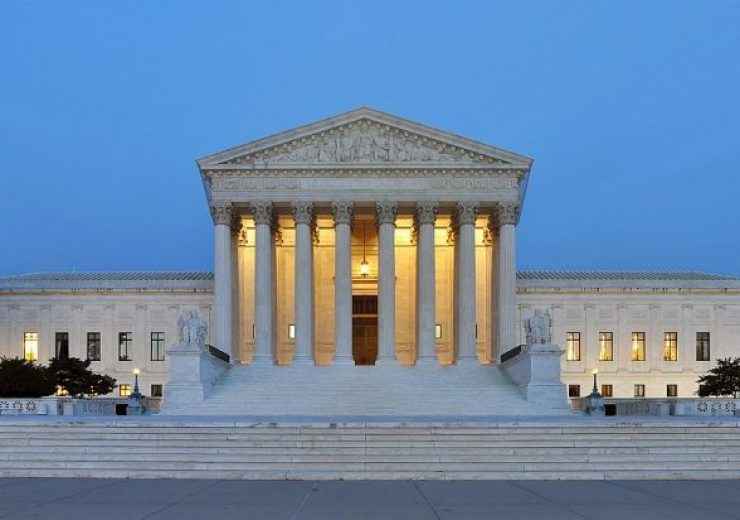 Google prevails over Oracle in a copyright infringement case heard in the US Supreme Court. (Credit: Joe Ravi/Wikipedia.org/CC-BY-SA 3.0)

The US Supreme Court has ruled that Google’s copying of Oracle’s software code to build the Android operating system did not violate the US copyright law.

Justice Stephen Breyer, on behalf of the jury, said that Google’s copying of the code constituted fair use and allowing the enforcement of Oracle’s copyright could cause harm to the public. Furthermore, enforcing the copyright would lock limit the future creativity of new programmes, said Justice Breyer.

The Supreme Court ruled 6-2 in favour of Google to end what was a decade-long case with Oracle. It had overturned the decision of a lower court that the internet giant had infringed copyright by copying the code.

“The decision gives legal certainty to the next generation of developers whose new products and services will benefit consumers.”

Oracle had sued Google in 2010 for copying nearly 11,500 lines of code from its Java programme.

The lines of code were used in an application programming interface (API) to build a new software platform for mobile devices.

Oracle had sought damages of $9bn accusing that Google had used its Java code without its consent.

About two years later, the Federal Circuit reversed the decision in 2018, finding that Google’s use of elements of Oracle’s APIs was not allowed under the fair use doctrine. The court did not agree with Google’s argument that by adapting the code to a mobile platform had enabled it to transform them into something new.

However, the Supreme Court ruled that Google’s copying of the code to reimplement a user interface by using only what was required to enable users to put their accrued talents to work in a new and transformative programme, represented a fair use of that material.

“They stole Java and spent a decade litigating as only a monopolist can. This behaviour is exactly why regulatory authorities around the world and in the United States are examining Google’s business practices.”