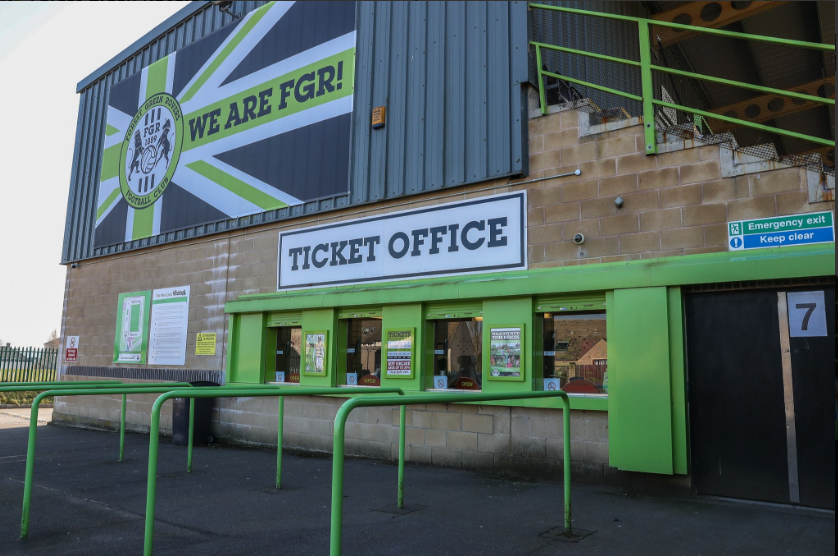 They still have a long way to go to compete in the Premier League, but Forest Green Rovers are running away with the title when it comes to green credentials.

The English football club, which is powered completely by renewable energy and endorsed by the Vegan Society, has become the word’s first professional football team to achieve carbon-neutral certification from the United Nations.

The Gloucestershire-based side, which play in League Two, signed up to the United Nations Framework Convention on Climate Change (UNFCCC) Climate Neutral Now scheme – which works with companies, organisations, government and citizens to reduce their carbon footprint – for the 2018-19 season.

It’s the latest high-profile recognition for Forest Green Rovers, which was once dubbed the “the world’s greenest football club” by FIFA.

The club was recognised as a “Lighthouse Activity” in July, making it the only football club in the world to go carbon neutral through the UNFCCC.

Mr Vince said at the time: “It’s a real honour to be the very first sports club in the world to be named carbon-neutral by the UN.

“We’re a small club with big ambitions, and it’s fantastic we can work together to champion the sustainability message worldwide.

“It’s great to be first, but I believe it’s only a matter of time before the big boys like Real Madrid, Man United and the San Francisco 49ers follow our example.

“I’m personally looking forward to working more with the UN to help spread the word about the environment through football.”

UNFCCC programme officer in sustainable development mechanisms Miguel Naranjo added: “For us it’s great – we’re really glad to have Forest Green Rovers on board because it’s an excellent example of the things that you can do right.

“So getting the club on board means we can transmit that message to other participants and potential participants.

“The beauty about Forest Green Rovers is that it’s a small organisation, with not a massive budget and still it’s doing so much to address the environmental footprint.

The Climate Neutral Now programme is only the latest way in which Forest Green Rovers – which was promoted to the Football League for the first time in its 129-year history last year – has demonstrated the sport can be environmentally friendly.

The club’s stadium The New Lawn, in Nailsworth, is powered by 100% renewable electricity, with a quarter of the electricity generated by the solar panels on its roof.

The pitch is also maintained by a solar-powered robot lawnmower, while the grass is free of pesticides and herbicides.

Within its stadium, the club has electric vehicle charging points and Mr Vince, who is chief executive of Stroud-based green energy supplier Ecotricity, encourages fans to car share.

This is only the beginning, though, as Forest Green has applied tor planning permission for a new stadium, aptly named Eco Park.

Designed by world-renowned architect practice Zaha Hadid and made almost entirely out of wood, the club says it will be the first site of its kind in the world.

If permitted, Eco Park will have a capacity of 5,000 and located within parkland, where 500 trees and 1.8km of new hedgerows would be planted.

The plans also involve demolishing The New Lawn and replacing it with 95 homes.

Last year, the club became the world’s first vegan football club after receiving the Vegan Trademark from the Vegan Society.

The club says it made the change because of the “huge environmental and animal welfare impacts of livestock farming”, while it also believes players and fans will be healthier as a result.

In yet another first, it recently launched a new range of vegan school meal products for children.

The club says it has already received huge interest in the products from many caterers and wholesalers, and could starting work with more than 8,000 schools across the UK by autumn.

To mark the UNFCCC award today, Forest Green will launch the Sports for Climate Action initiative at COP24.

It aims to encourage the global sports community to combat climate change in line with the goals of Paris Agreement – using the power of sports as a unifying tool to drive climate awareness and action among global citizens.

Mr Vince said: “Working with FGR, we thought we could reach a new audience of people – people who had not really been touched by eco messaging in the past.

“It’s quite an improbable combination I think – the environment and football but we’ve pulled it off.

“We’ve reached 3.5 billion people just in the last year through our message and we’ve engaged a lot with other sports clubs and organisations around the world so it’s been a great success.

“For me, it’s about sustainability and climate change is the biggest threat that we face.”