Films set in 2019: Is the tech in films like Blade Runner and Akira here yet?

Films set in 2019 like Blade Runner, The Island and The Running Man made a number of predictions concerning what technology would be like this year - Felix Todd examines how accurate they turned out to be 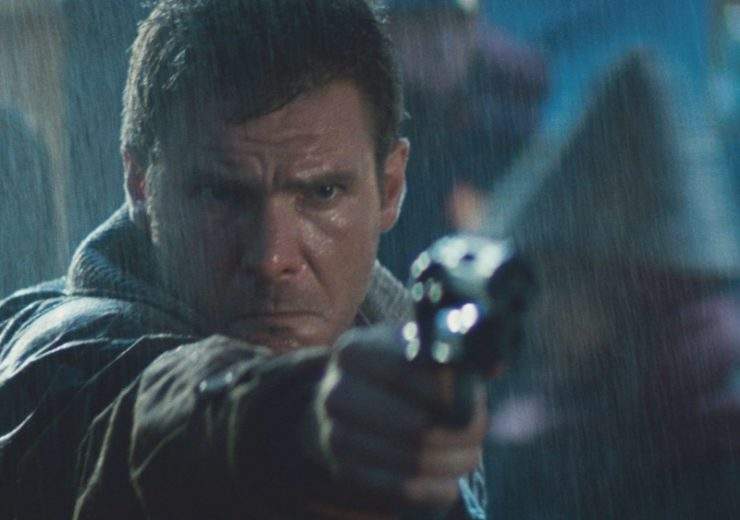 Films probably shouldn’t be taken as cogent blueprints of the future but that hasn’t prevented a number of them set in 2019 from generating a buzz for what the tech world’s potential could have been this year.

This year, movie buffs and tech enthusiasts were finally in a position to assess whether the flying cars of 1982’s Blade Runner or the human cloning showcased in The Island were actually accurate barometers for mankind’s progress.

Technology has come a long way over the past few decades and while it’s safe to say all four films on this list have been somewhat optimistic in their estimations of where it would be now, some elements have turned out to be eerily reflective of today’s world.

In one of Harrison Ford’s defining cinematic outings, the noir classic portrays a dystopian vision of a fictitious Los Angeles seething with decadent citizens, overbearing advertising and suffocating smog.

The flying cars and synthetic humans don’t look set to hit the market this year, with iterations of the former relegated primarily to one-off experiments and the latter seeming a long way off.

But the depiction of modern advertising has proven remarkably prophetic, with the huge billboards canvassing the Los Angeles skyscrapers in Scott’s movie becoming an increasingly common sight in the real world’s biggest cities.

Some of the other, smaller-scale technological predictions in the film have also come to fruition since its release, such as video calling and voice commands, which have been realised via Skype and products like Amazon’s Alexa smart assistant.

The film is steeped in post-Second World War themes, as well as references to the Hiroshima and Nagasaki bombings, serving as a sobering backdrop for the story of protagonists Shotaro Kaneda and Tetsuo Shima.

Technologically-speaking, it places a heavy emphasis on melding organic life with machinery in order to create new monstrosities.

While the scientific community of 2019 in the real world isn’t yet capable of creating cyborgs, it has made huge strides in the use of mechanical engineering to support, augment and enhance the human body.

New Hampshire-based DEKA Research & Development has created a prosthetic arm that gives its user a sense of touch, using a motor that dynamically provides feedback to imitate the resistance of physical objects.

While most of the tech in Akira is a little too outlandish to be feasible in the real world, it got one thing absolutely correct in predicting that the Olympics would be held in Tokyo in 2020.

Ewan McGregor and Scarlett Johansson star in 2005’s The Island, portraying two members of a facility of clones, all of whom are told they’re the last remaining survivors of an apocalypse.

In truth, they exist solely as a sinister contingency plan to organ harvest and surrogate for the super rich in the outside world.

Needless to say, the ability to create fully emotive, articulate and conscious human clones as shown in Michael Bay’s film is not one that’s yet possible in 2019 and it likely won’t be for some time.

However, animal cloning has made significant strides in recent years, building on the first ever cloned animal in 1996 – Dolly the sheep.

Moreover, early in its run time, The Island showcases a virtual fight scene between its two protagonists where the duo inhabit and actively control digitally rendered avatars.

Augmented reality has advanced over the past decade, and while it has not yet reached the level of fidelity seen in the film, some companies are getting close.

Florida-based Magic Leap, whose worth was estimated by Forbes to be $5.4bn (£4.3bn) in 2016, is working on headset technology that superimposes 3D computer-generated imagery over real world objects, for example.

The Running Man centres around the idea that entertainment can be used by the state to distract the masses from ugly truths about the world they live in, which in the film’s case, is a nightmarish vision of the US where totalitarianism reigns supreme.

Arnold Schwarzenegger plays Ben Richards, a convict offered the chance to pay for his sentence by appearing on an insidious TV show where contestants are pitted against a number of trials for the amusement of the oppressed public.

Aside from some classic ’80s music and a selection of terse one-liners that have since become synonymous with the Austrian actor, the film showcases a range of technological devices – some more futuristic than others.

The voice-operated coffee machine, for example, is the kind of device that has begun to crop up more and more as the world of smart home technology continues to evolve, with products the Alexa-enabled Appkettle now commonly available.

A lot of the predicted innovations in The Running Man have turned out to be drastic underestimations of what technology was going to be capable of in 2019, however, with analogue phones and music cassettes still being used in the film’s imagining of this year.