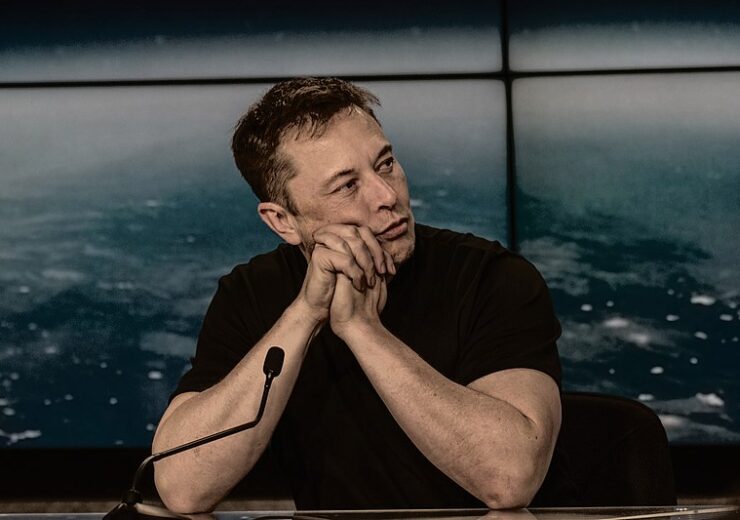 Elon Musk has been questioning Twitter about the actual percentage of fake accounts on its platform. (Credit: Daniel Oberhaus/Wikimedia Commons)

Elon Musk has warned that his $44bn deal to acquire Twitter will not move forward unless the social media firm’s CEO Parag Agrawal proves that fake/spam accounts are less than 5% on the platform.

The Tesla and SpaceX founder said that the microblogging site should welcome external validation if its claims are true.

Prior to this, Musk had indicated that he could consider a lower price for the acquisition, adding that the $54.2 per share in cash offer was based on the social media firm’s filings with the US Securities and Exchange Commission (SEC) being accurate.

The billionaire had last week put a hold on the acquisition to seek details of fake accounts on Twitter. However, at that time, Musk said that he was still committed to the acquisition.

He had also accused that Twitter’s algorithm has been manipulating users on what is shown in their feed, while claiming that there are potential bugs in the platform’s code.

In a tweet on Tuesday, Musk said: “20% fake/spam accounts, while 4 times what Twitter claims, could be *much* higher.

“My offer was based on Twitter’s SEC filings being accurate.

Agrawal had earlier defended Twitter’s claims about the bot percentage, which he said is based on internal estimates for the last four quarters.

The Twitter CEO tweeted: “Our estimate is based on multiple human reviews (in replicate) of thousands of accounts, that are sampled at random, consistently over time, from *accounts we count as mDAUs*. We do this every quarter, and we have been doing this for many years.”

Meanwhile, the social media firm filed a preliminary proxy statement with the SEC in connection with the deal. Twitter said that it is committed to closing the deal on the agreed terms and price as promptly as practicable.

The deal, which is subject to the approval of Twitter’s stockholders, regulatory approvals and other customary conditions, is anticipated to close in 2022.

As per an earlier filing by Twitter with the SEC, Musk will have to pay it a fee of $1bn if he terminates the deal. Likewise, the social media firm will have to pay the same amount to Musk should it scrap the deal on its own under certain circumstances.

Furthermore, the deal could be scrapped if not closed by 24 October 2022. There could be an extension by six more months from that date to allow the meeting of certain closing conditions like antitrust and foreign investment clearances.