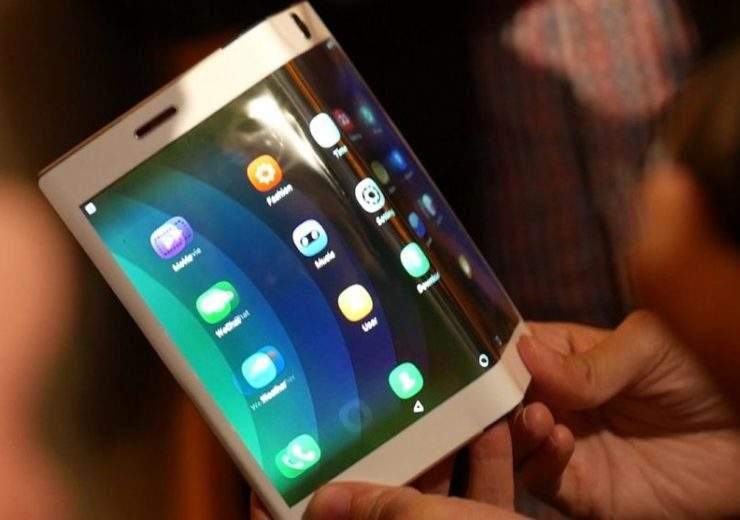 Folding smartphones, disease-detecting wearables and cloud-based video gaming – these are just some of the major consumer technology innovations we can expect to see in 2019.

But while the rollout of 5G will begin this year, adoption of the next-generation connectivity tech will be low at first.

These are the views of tech analyst Avi Greengart, who also predicts an “explosive growth” in the use of augmented reality and virtual reality technologies by businesses and further expansion by Chinese brands in the global smartphone market – replacing older brands like Sony and HTC.

“In 2018, the smartphone remained the key computing platform, but traditional smartphone brands struggled to make headway against surging Chinese brands,” he says in his report, titled 2019 Predictions: What to Expect in Consumer Platforms and Devices.

“In 2019, 5G rollouts will get plenty of hype but little consumer device adoption.

“New smartphone form factors will also have a minimal impact, but growing Chinese OEMs (original equipment manufacturers) will push some legacy vendors out of business.

“Other major trends include Internet of Things (IoT) consolidation around AI platforms, wearables from Apple and others making breakthroughs in mobile health (mHealth), and big growth in streaming media and gaming.

“We expect fewer changes in mobile computing and AR/VR – though the technical advances made in 2019 should fuel major advances in 2020 or 2021.”

This will be the year of 5G deployment, but actually buying a 5G device in 2019 “is not for the faint-hearted”, says Mr Greengart.

He points out how each carrier will have its own set of frequencies and technologies, meaning there may not be blanket coverage for a few years and a 5G device bought in the first half of 2019 could be obsolete later in the year.

Mr Greengart says: “Most 5G devices – and certainly all 5G smartphones, tablets, and computers – will hand over to 4G, but none of the first 5G devices will work across different carrier 5G networks.

“Given the challenges, device purchase decisions will be very complicated for at least the next couple of years.

“One easy prediction – Apple will not launch a 5G iPhone until 2020 at the earliest, so captive Apple users can safely ignore the 5G hype and growing pains until then.”

He believes initial 5G devices will be semi-mobile hotspots to bring wired broadband speeds to laptops in the field and, while each carrier will have at least one 5G smartphone in 2019, this will be merely for “technology bragging rights”.

At its Samsung Developer Conference in November, Samsung unveiled folding screens for smartphones that could be launched this year.

But Mr Greengart, who says many apps won’t work seamlessly with the new technology at first, doesn’t expect these phones to be an instant hit as Samsung’s premium smartphone sales have slowed amid rising competition from Apple and Chinese brands alongside longer replacement cycles.

Apple, meanwhile, will “stay the course in 2019” as it integrates its facial recognition technology into cheaper models – with the analyst mooting a smaller iPhone X SE to debut.

He predicts Google will continue to focus on computational photography and AI-driven features in its next Pixel phones, with 5G modems likely added to its late 2019 phones.

“Aside from folding phones and 5G, the continued rise of select Chinese brands will be the biggest story of 2019,” adds Mr Greengart.

While ZTE will be hurt by its forced shutdown in the US due to sanctions against China as part of the ongoing trade war, Huawei and Xiaomi are expected to expand their distribution in the West.

T-Mobile began distributing OnePlus phones last year and, in 2019, Mr Greengart believes the manufacturer will be picked up by Verizon, but only for 4G.

Its fellow BBK Electronics stablemates OPPO and Vivo will push into Europe but not the US, he predicts.

“At some point, the CFOs at Sony and HTC will have to realise that losing hundreds of millions of dollars per quarter trying to sell smartphones is bad business and shut down their handset divisions,” he adds.

“We predict that they both reach the tipping point in Q3 2019, after it becomes clear that investments in 5G will fail to spark a turnaround.”

The latest stage of the next-gen console war could be about to begin as Microsoft and Sony are expected by many to announce successors to the PS4 and Xbox One this year, but Mr Greengart doesn’t believe they will be released until 2020.

He says: “The bigger story will be Microsoft’s launch of xCloud game streaming.

“More than just a competitive response to similar services from Sony and Nvidia, xCloud is the ideal combination of Microsoft’s consumer brand and its Azure cloud platform assets.

“xCloud could also be a way for Microsoft to get into mobile in a meaningful way without owning the mobile OS, if Microsoft can piggyback on low-latency 5G mobile networks starting to be deployed in 2019.”

Mr Greengart expects more cordless tech for the home to be developed, including a sound bar and Fire TV integrated with Alexa by Amazon.

But Mr Greengart adds: “8K is a solution in search of a problem – the human eye can barely recognise the difference between HD and 4K, never mind 8K – but the higher peak brightness for HDR that 8K TVs provide could be a legitimate reason for consumers to buy them.”

Consumer technology predictions for wearables: Health is the new fitness

He says: “Apple and Fitbit are leading the way to get employers, healthcare providers, and insurance programmes to discount or purchase devices on consumers’ behalf.

“Apple, Google, and dozens of start-ups are pressing deeper into using wearables for disease identification and management.

“We predict that Apple will have some level of blood sugar tracking for diabetes management in trials by the end of the year.”

Most consumers, though, are still buying smartwatches for notifications linked to their smartphones and basic fitness capabilities such as step counting and heart rate monitoring.

Mr Greengart says Apple and Samsung are the leaders in this field, while Google’s Wear OS is slowly catching up with user interface improvements – although “none of the platform providers do a particularly good job of making the wrist a compelling computing platform”.

He adds: “We predict that Google will try to address this with more AI and IoT controls in the next Wear OS.

“We also expect Google to pair this software with first-party hardware – a Pixel Watch, possibly with Google-designed silicon – in late 2019.”

Alongside the rising tide of wearables is a greater emphasis on “hearables” – in-ear devices that don’t just correct and amplify sound, but can also sync seamlessly with smart tech.

While this futuristic technology is not on the horizon for widespread commercial adoption just yet, Mr Greengart says Apple is expected to update the AirPods this year with improved connectivity, longer battery life and updated Siri controls.

Microsoft could also release a more refined version of its Surface headphones and Dolby’s USD 599 Dimension headphones, which are designed for binge-watching, could get a price drop and broader distribution.

Consumer technology predictions for the Internet of Things: Privacy concerns prove no match for Alexa and Google

Amazon and Google are locked in a battle to establish their AI as the control point for the smart home, while the consumer IoT market is also welcoming a growing list of manufacturers introducing various compatible smart tech and home security systems.

Mr Greengart says Google is growing rapidly from a smaller base and he fully expects to see a larger Home Hub smart home controller this year.

“Amazon still has a huge integration lead and is churning out new Alexa-related products at a frantic pace,” he adds.

“Apple has squandered its opportunity in consumer IoT, and even a HomePod mini – which we fully expect in 2019 – will not materially change Apple’s fortunes if it cannot dramatically broaden the HomeKit programme.”

Mr Greengart acknowledges how privacy issues are becoming an obstacle to real consumer IoT growth and believes there may not be much of a future for Facebook Portal, the group of Alexa-powered video chat devices.

“The bigger challenge is that AI for IoT is still too brittle – the battle for the home may be won by whichever vendor does the best job helping consumers set up devices and scenes, discover capabilities, and interact naturally rather than memorise syntax.”

Consumer technology predictions for tablets and mobile computing: 2019 will look a lot like 2018

There are hopes among analysts that Microsoft will introduce a mid-sized, enterprise-orientated laptop aimed at note-taking and creativity by combining Windows with one of Qualcomm’s Snapdragon processors.

Mr Greengart adds: “Chromebooks will grow market share, but will still be mostly constrained to education and family use.

“The iPad underwent significant hardware updates in 2018, so the most significant changes to the next generation – aside from an updated processor – are likely to be in the software.

“A fully user-accessible file system and desktop version of Safari are at the top of our predictions list for iOS on tablets.”

Consumer technology predictions for augmented and virtual reality: AR and VR in enterprise

While the virtual reality (VR) industry hoped the film Ready Player One might fuel the consumer market last year, GlobalData correctly predicted many companies would be forced to pivot the use of the tech for enterprise instead.

Beat Saber, a VR lightsaber rhythm game for the PS4 and PC released last year, was the first real consumer VR hit, according to Mr Greengart, who believes a PlayStation VR update is overdue.

But he says: “Still, the problem with VR is not just immature technology, but the fact that consumers consider it nothing more than an exciting demo – not a platform to invest in.

“Nothing on the immediate horizon looks to change that, but if HTC drops phones, it will need to accelerate VR adoption for its Vive division to survive.”

He believes augmented reality (AR) is much more promising but concedes that technology and cost are limiting its reach.

US start-up Magic Leap is due to launch its Magic Leap One AR headset – which will superimpose 3D computer-generated imagery over real-world objects, rather than place wearers in another world like VR does – but Mr Greengart says it “already looks like a disappointment”.

“Microsoft HoloLens 2.0 should be announced in 2019, but it will be focused on enterprise use cases,” he adds.

“However, technologies introduced in 2019 could turn into products in 2020 or 2021 that could get the industry out of its post-hype slump.

“Watch Apple’s acquisitions – a small start-up that Apple buys in 2019 could be the key ingredient for an Apple Visor down the road.”