The 2ft-tall Bossa Nova robots scan shelves to report which items are missing and can detect objects in an aisle, such as boxes, trolleys and people, to avoid bumping into them 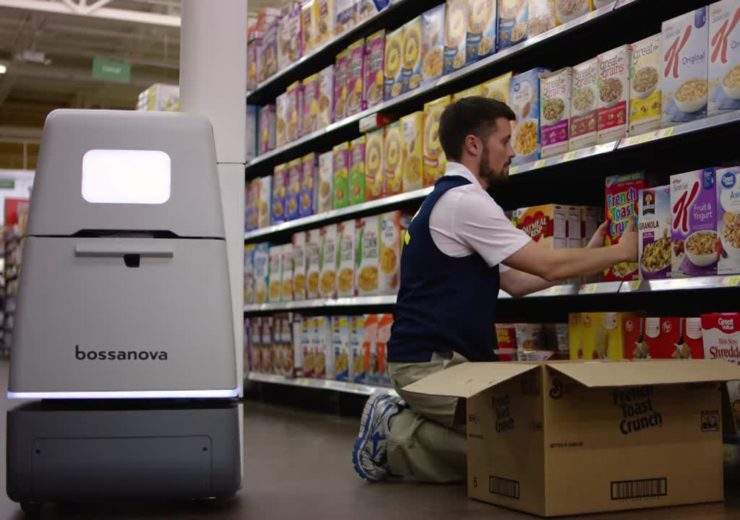 Robots could soon be roaming down supermarket aisles in Britain after tech firm Bossa Nova opened a Sheffield office.

The US company deploys robots in stores to scan shelves to help staff with restocking and allowing them to focus on serving customers.

It reports which items are missing from shelves and can detect objects in an aisle, such as boxes, trolleys and people, to avoid bumping into them.

Bossa Nova, which claims to be an industry leader in providing real-time, on-shelf inventory, has helped retailers redesign store operations and reimagine the way people shop.

Building on the success of its US deployment in Walmart stores, Bossa Nova says the UK expansion – which will be led by new managing director Red McKay – will enable it to meet demand in the country for its autonomous robot and real-time data services.

Martin Hitch, co-founder and chief business officer of Bossa Nova, said: “The UK is a natural extension for our retail service solutions, and we expect rapid expansion under the leadership of Red McKay.

“Red’s experience of working for retailers and their suppliers will ensure a successful launch of our services in the UK.”

Minister for investment Graham Stuart added: “Sheffield has access to first-class talent and a global reputation for excellence in robotics, so it is no surprise Bossa Nova has chosen to open its first international HQ in the city.

“Bossa Nova’s office move is another endorsement of Britain’s world-class investment environment, particularly outside of London, for the world’s leading tech companies.”

Bossa Nova’s inventory robots move on four wheels at speeds of 0.4mph – or 20cm a second – according to VentureBeat.

As well as scanning for items on shelves, they can identify when products are out of stock, detect incorrect prices and wrong or misleading labels.

Data collected is passed on to employees, who can then stock items and correct mistakes.

The 2ft-tall bots are programmed to operate at times of the day when shoppers are less likely to be present, although their sensors and lidar technology prevent them from crashing into objects and people.

Walmart announced last year it would deploy the autonomous technology in 50 US stores after a pilot.

The company claimed the robots are three-times quicker than human workers and could remove the risk of human error.

Established in 2005, Bossa Nova has raised $70m (£54m) in investment to date – including a $29m (£22m) funding round in June this year led by Cota Capital, with participation from China Walden Ventures and LG Electronics.

Prior to the UK expansion, the company had 185 employees, with offices in San Francisco, Pittsburgh and Mountain View. No details have been given about the headcount in Sheffield.

Speaking to VentureBeat in June, Mr Hitch said the funding would be used to support international growth, software improvements and exploring the possibilities of deploying robots in smaller grocery stores.

“The hires that we’ll make as a result of this funding are all software hires, and that’s really to focus on the data,” he said.

“So we certainly see our business model as ‘how do we extract more value from rich data?’ rather than ‘how do we build different robots to accomplish different tasks?’.”