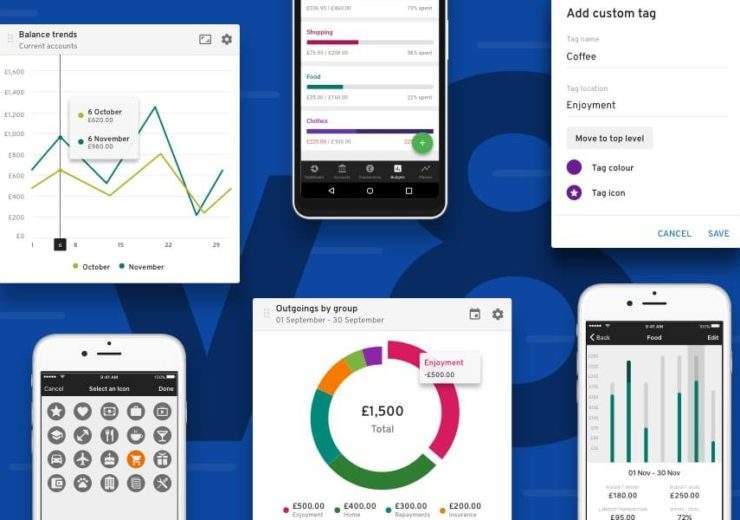 Arguably one of the best things to come out of the recent innovations in the banking sector is the sheer amount of choice when it comes to personal budget apps.

Whether someone is looking to save up, alter their spending habits or invest in an exciting start-up, the open banking initiative has produced a glut of tools for making the process simpler, faster and more effective.

Recognising the very best to come out of this trend, the UK’s largest financial services review site Smart Money People has announced its five British Bank Awards finalists for the personal finance app category – voted for by customers.

“In fact, just last week we released data showing that mobile apps are now the UK’s most preferred banking channel.

“Set against this backdrop, my hope is that the British Bank Awards 2019 will act as an honest guide for customers looking to find the best financial providers on the market.

“Ideally it will preview some of the real innovation that’s starting to impact the way we all manage our money.”

Founded by Nick Ustinov and Simon Rabin in August 2016, Chip sets itself apart from the personal finance pack by using smart technology to help customers save.

Using its own algorithm, the app learns its customers’ spending behaviours and then calculates how much they can afford to transfer into their Chip accounts – a type of savings account – without impacting their typical routine.

It will automatically transfer small amounts of money from users’ current accounts into their Chip accounts every few days.

Customers can get 1% added on to their Chip account savings stash for every friend they invite to use the service, and it features a “chirpy” chatbot interface that attempts to liven up the process.

Rather than a new bank, Plum acts as a savings assistant that connects to an existing account.

Capitalising on the popularity of Facebook Messenger, Plum operates through a chatbot that provides savings advice based on a user’s spending.

Founded in 2016, the smart savings software calculates a suitable amount of money to set aside and automatically transfers it to into a Plum account, which doesn’t require the lengthy set-up process of ordinary savings accounts.

To withdraw money, users can simply message Plum an amount via Facebook Messenger and it will be transferred to a customer’s current account – although this process is not always instant.

So far, more than £20m has been saved by Plum customers across the UK.

Founded in 2010, Money Dashboard is a personal finance management app that helps users to keep track of a their bank accounts and spending.

Unlike other banking apps, which are often tied to a single banking provider, Money Dashboard provides information on all the accounts a user has and groups spending into categories.

The app has more than 420,000 users and has twice been named best personal finance app at the 2017 and 2018 British Bank Awards, in addition to being named a finalist this year.

“Hundreds of thousands [of people] are embracing new innovative fintech products and are benefiting from cheaper, faster and better financial services.

“We’re just getting started – we’re on a mission to help millions of consumers enjoy their money more with our ever-improving app.”

The Emma app, founded by Edoardo Moreni, styles itself as a financial advocate.

The app is free but also comes with the option to purchase Emma Pro for £4.99 a month, which lets users create unlimited accounts, customise their transaction names to allow for better tracking and create unlimited budgets.

The app automatically categorises its users’ spending habits, such as grocery spend, and shows them an itemised breakdown of where their money is going each month along with offering advice on how to spend more wisely.

It provides the ability to connect with financial experts who can help people make more significant financial decisions with greater confidence.