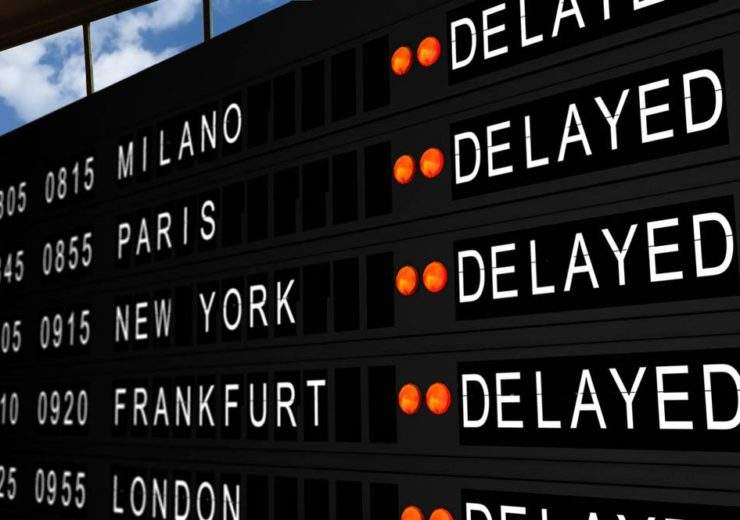 Germany, Britain and France are the worst countries for flight delays in Europe

Billed as an AI-powered “pocket lawyer”, AirHelp is using technology to automate flight delay compensation for passengers who may not be conscious of their rights. Dan Robinson finds out how the service works from chief product officer Johnny Quach

As prices decline, technology evolves and the world gets smaller, air travel has never been more popular – with 39.8 million flights expected to be scheduled this year.

But like any other transport sector, delays and cancellations are commonplace, and research from AirHelp estimates there will be more than 11 million global passengers eligible for refunds this year.

The problem, though, is that a huge number of people aren’t aware of their rights as customers when it comes to flight delay compensation – with only 69% of passengers filing claims and only half of these successful.

That’s where AirHelp – which says some of the worst offenders, including Tunisair, Blue Air, Iberia, easyJet and Ryanair, wrongfully reject at least 95% of claims – comes in.

The Berlin-headquartered company escalates claims on behalf of passengers, sometimes even taking airlines to court, helping more than ten million people process applications since launching in 2013.

And for the past three years, it has increasingly used artificial intelligence in its quest to give power back to the masses, claiming to have developed the world’s first “pocket lawyer” powered by machine learning and now operating six AI bots.

Chief product officer Johnny Quach says: “The vision of AirHelp is to help air passengers who have had a delayed flight.

“A lot of the time we spend is around trying to educate people about their rights as a passenger.

“We take care of all the communication and, over the past two to three years, have invested a lot in automation to make it even easier.”

Before co-founding AirHelp, CEO Henrik Zillmer was a frequent international traveller for work in jobs such as an executive at venture capitalist Rocket Internet, where he built companies across the world.

While on a trip to Bali in which his flight was delayed, he realised for the first time after years of travelling that he was entitled to compensation.

Realising that if he wasn’t aware of his rights as a regular flier, then the chances were that most other passengers weren’t either – while the claims process was also difficult with out-of-date forms and unresponsive customer services teams.

So he came up with the idea of creating a business that could help passengers throughout the process and, since launching six years ago, it has grown rapidly.

It now has offices across the world, is available in 30 countries, offers support in 16 languages and employs 650 people across offices in Berlin, Krakow and Gdansk.

AirHelp on problems with claiming for flight delay compensation

There are three main problems when it comes to filing for flight delay compensation, AirHelp believes.

Awareness is the biggest hurdle, while it’s also difficult for an individual to actually access the required information to make a claim and communicate with an airline’s customer services team.

Mr Quach adds: “Then if you file for compensation with an airline and they tell you it’s not eligible, you have no course of action.

“Your experience just stops there. Even if you know you’re eligible and it’s all according to law, a lot of the time airlines make a mistake by rejecting your claim.”

Under European law, EC 261 provides air passengers with the right to claim financial compensation of between 250 euros (£216) and 600 euros (£518) for any European flight – into, leaving or within the continent – for cancellations and delays of at least three hours that are the fault of an airline.

AirHelp recently analysed hundreds of thousands of its own claims to the world’s 46 biggest airlines from 1 January 2016 to 31 December 2018.

It found that more than half of the compensation claims made against British airlines were wrongfully rejected in the first instance, while the figure was more than 25% for US companies.

A spokeswoman for easyJet, which was among the worst offenders with a 96% wrongful rejection claim rate, says the airline “does not recognise” the findings and takes its responsibilities under the European regulation “extremely seriously” to always pay compensation when it’s due.

“We want to make it as easy as possible for our passengers to claim directly from us so they get their full compensation rather than losing significant amounts to organisations like AirHelp,” she adds.

But AirHelp – which doesn’t initially charge for its service but takes a 25% fee from any resulting compensation that rises to 45% if it pursues legal action against an airline – maintains many companies aren’t particularly co-operative when it comes to compensation.

In a survey of 7,000 people in seven European countries, it found that 85% of passengers don’t know their rights and 66% felt airlines didn’t provide enough information on air passenger rights when their flight was delayed or cancelled.

It means that 44% of European air travellers who have their flight disrupted don’t file a claim, with 24% of those admitting they simply couldn’t be bothered.

Mr Quach says: “Of all the people, including ourselves, that file claims, airlines wrongfully reject them 60% of the time.

“This is a staggering number. We take it to the next step in the legal system and we’ve won 95% of those cases in court.”

Since day one, Mr Zillmer and his fellow co-founders Nicolas Michaelsen and Greg Roodt have identified that technology could be the differentiator between their company and rivals that were traditionally made up of lawyers.

AirHelp, which has a team of both software engineers and lawyers, has developed six AI bots over the past three years that, together, contribute to the “pocket lawyer” now available to customers via a smartphone app that scans boarding passes and online compensation claims calculator.

These include the robot lawyers Herman and Lara, which together perform about 60% of the company’s initial legal assessments, such as checking travel documents and analysing the jurisdiction for a claim.

It saves the legal team 1,960 hours of work every month and enables them to focus on other tasks.

Lara, launched in November 2017, is the most advanced of the bots, operating as an intelligent algorithm that can access the experiences of thousands of successful flight compensation applications to determine the chances of success for a new claim in real time.

It also incorporates variables such as flight status, airport statistics and weather forecasts into its decision to relieve the legal team of administrative and analytical tasks.

Mr Quach says: “When someone creates a case with us, typically we have to validate all the data they provide – things like flight information, whether it was delayed and if the airline is responsible – and that takes up a lot of work.

“But because we automate all that stuff, we can handle all the customers we work with today.

“On average, 20% of our work is automated but we plan for this to be 65% by the end of the year, which cuts down the time customers have to wait.

“But the important part is a person doesn’t have to deal with an airline at all. They upload the form and just wait until the money comes in.”

Most cases will take up to three weeks but this can rise to nearer a year if it goes to court, while the average payout is 450 euros (£388) per passenger.

“We think the money is a big factor,” says Mr Quach, whose company plans to take its service beyond European regulation by expanding globally, while also looking at other compensation schemes for issues such as lost luggage.

“But the bigger problem is the lack of awareness about something they’re owed.

“It’s glaringly an issue when no one knows about it so our vision is to help passengers understand this exists.”

Mr Quash gives three tips for how passengers can maximise their chances of receiving some money in compensation for a flight delay or cancellation.