The AI takes data from player expressions, gestures and the roar of the crowd to identify the most exciting moments of each Wimbledon match 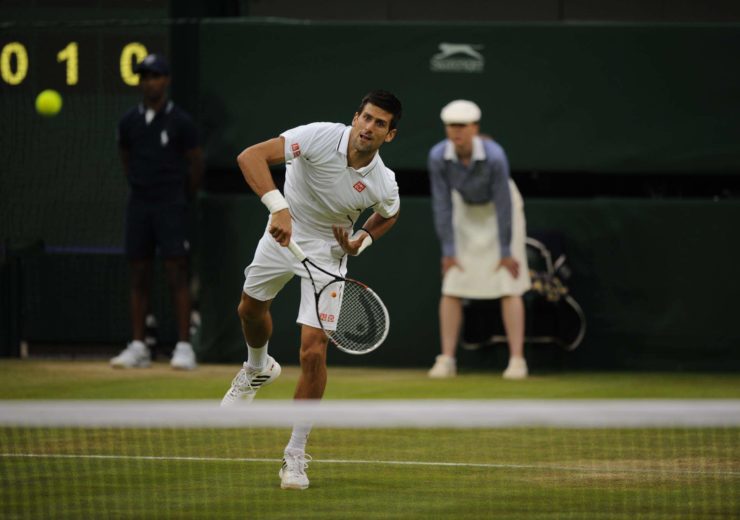 Quickly turning an epic Wimbledon tennis match into a short highlights package is no easy task – but the lives of broadcasting teams is getting easier as AI becomes further ingrained into the sport.

The AI-powered video editor was first introduced during the 2018 tournament.

Certain advancements enable the IBM technology to consume thousands of hours of video content and identify key moments in a match through player gestures, crowd noise and when a ball is struck – meaning TV crews can now produce a three-minute highlight reel within two minutes of the match completing.

Alexandra Willis, head of communications, content and digital at Wimbledon organiser The All England Lawn Tennis Club, explained how it works in a speech at London Tech Week today (13 June).

She said: “The solution that we have ranks every point of the match for excitement by listening to the crowd noise, watching the players’ gesticulation to see if they’re particularly animated because they’ve won or lost a point, and uses live data feeds to identify key moments in the match.

“By carrying out this analysis throughout the match and combining all these data points together, it automatically creates a highlights reel within two minutes of a match completing, which is a perfect example of using technology to be more efficient, but still having human intervention at the end of it.”

How the Wimbledon AI-powered highlights work

The latest iteration, which will be used at the 2019 tennis tournament, is capable of identifying when a ball has been struck using sound analysis from Watson’s acoustics  technology.

This allows for “tighter and more accurate editing of the highlights”, according to Ms Willis.

The AI is also capable of accounting for different areas of bias to prevent crowd favourites or particularly animated players from dominating the highlights.

Ms Willis added: “Just in the same way we have to make sure that every blade of grass, on every court at Wimbledon is eight millimetres, that philosophy has to apply in the digital space as well.

“This year, we’ve worked on a new area of trust within the AI solution, because we recognise that not all highlights during a match are equal.

“For example, a passionate crowd could be supporting a favourite, such as Andy Murray on Centre Court, and that would produce more indicators of an exciting point than a more reserved, yet equally skilled, opponent.

“So as a learning system, Watson has been taught to better understand that inadvertent bias, which we hope will increase the quality of the videos.

“The system can now analyse many different data points, introducing additional fairness and bias reduction in the selection of the videos that we then put forward into the final highlights packages.

“It can recognise the traits and on-court norms, and excitement levels of players, allowing it to remove bias when searching for highlights from players with a particular following, or those who are particularly animated or court.”

Adapting Wimbledon for a digital age

Real-time scores were added to the Wimbledon website for the first time in 1995 and the website received 220,000 unique users over the course of The Championships.

The website now has 49.5 million views a year and the peak in traffic during the Wimbledon tournament represents a 55,000% increase on a typical day’s traffic.

Ms Willis said: “Wimbledon is a sports club and event that continually changes and innovates, not just in the ways that we use technology but in everything we do.

“Emerging technology has a role in sport because it captures information, imagination and attention is a great proof of concept for some of these new developments.

“But Wimbledon doesn’t just innovate, or use tech for the sake of it – we do it because we must to maintain our position at the pinnacle of the sport.

“As technology and the pace of change shows no signs of slowing down, it’s ever more important to continue to demonstrate that disruption and tradition can coexist.”