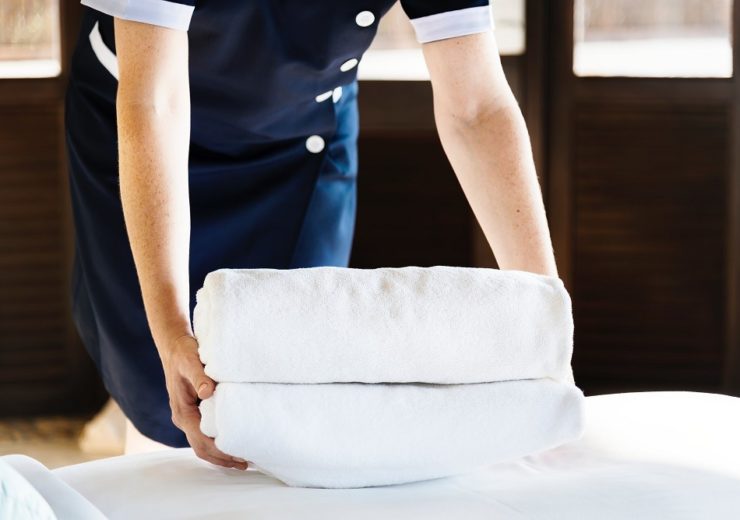 Workers in the service sector are more likely to be on zero hour contracts (Credit: Pexels)

It’s one of the spikiest issues in UK working culture, and now the country’s largest trade union network has called for zero-hours contracts to be banned.

The TUC, a federation of British trade unions that represents 5.6 million people, urged the government to halt their use after polling more than 3,000 members.

Its research found that two-thirds of workers on zero-hour contracts would prefer jobs with guaranteed hours, they received a median hourly wage that was £4.10 lower than other workers and almost a quarter had to work night shifts as part of their regular working pattern.

Although workers on zero-hour contracts are entitled to holiday pay and the national minimum wage, they are not guaranteed a minimum number of hours of work and only entitled to sick pay if they earn an average weekly wage exceeding £116.

The calls to bring an end to the “exploitative” system are set to reignited debate around zero-hour contracts in the UK.

Number of people employed on zero-hour contracts in the UK

Figures from the Office of National Statistics (ONS) have revealed that 1.8 million workers in the UK were on zero-hour contracts in 2017.

Employees on zero-hour contracts worked an average of 25.3 hours per week, compared to the average working week of 36.3 hours.

These types of contracts have been criticised for this reason as they do not provide any security for workers and employees can go from week-to-week without knowing how many hours, and therefore how much pay, they will receive.

The percentage of people on zero-hour contracts are also disproportionately female, with 418,000 women and 362,000 men signed up to these types of contracts out of the 780,000 sample.

Which companies use zero-hour contracts?

Health and social work is next with 18.1% and transport, arts and other services is categorised by ONS as 16.2%.

Sportswear chain Sports Direct has arguably become synonymous with the zero-hour contracts culture in the UK.

The retailer has been criticised by MPs and unions for overseeing poor working conditions, with the lack of guaranteed hours playing a central role within this.

The trade union Unite claimed in 2016 the company had “broken promises” to offer guaranteed hours to in-store staff.

Founder and chairman Mike Ashley defended the use of zero-hours contracts in front of Parliament in December last year, claiming a survey found the vast majority of workers wanted to keep using them.

And having taken over department store chain House of Fraser earlier in the year, he said he couldn’t promise not to use the same working practices because he didn’t want to “put concrete boots on prehistoric practices that are not relevant for today’s consumers”.

Fast food chain McDonald’s has also been criticised for its use of zero-hour contracts and offered 115,000 UK workers the option of moving to fixed-hour contracts in 2017.

Despite this, the company was still subject to strike action last year over hourly wage and the continued use of this practice.

Burger King, Domino’s and JD Wetherspoon have also attracted criticism for adopting similar working conditions in the past but have since promised to get more people on contracts with guaranteed hours.

More recently, the Norfolk Constabulary was criticised for advertising for “scene guards” to assist at police cordons who would be put on zero-hour contracts.

TUC calls for end to zero-hour contracts in the UK

The TUC’s clls for a ban on zero-hour contracts this week came as the organisation said they were only “good for employers”.

“The only flexibility offered to them is what’s good for employers.

“Zero-hours workers regularly work through the night for low pay, putting their health at risk, and many face the constant uncertainty of not knowing when their next shift will come.

“We need action from government the now to stamp out these exploitative contracts once and for all.”

What is the UK government’s position on zero-hour contracts?

The government argues that banning zero-hour contracts in the UK would “impact more people than it would help”, claiming students, carers and retirees benefit from the flexibility of zero-hour arrangements.

But it has explored on how they could be improved, with Business Secretary Greg Clark unveiling a Good Work Plan in December that also addresses workers’ rights in the “gig economy and “Swedish derogation”, following recommendations by the Taylor Review of Modern Working Practices.

It said there was a concept of “one-sided flexibility”, where some businesses transferred too much risk to the individual worker through the use of zero-hours contracts and didn’t offer the same employment rights.

Mr Clark proposed new legislation that allows “all workers the right to request a more stable contract” and make it easier for employees to access their rights.

An outright ban on zero-hour contracts would not be without precedent, however, with a bill achieving just this recently passed through the senate in Ireland.

It must pass a final stage in the Dáil before it becomes law.

Regina Doherty, minister for employment affairs and social protection, described the bill as “one of the most significant changes to working conditions in a generation”.