As more smokers quit cigarettes, what does the future hold for the tobacco industry?

E-cigarette company Juul, which is ranked among the most valuable start-ups in Silicon Valley, could hold the key to the future of the tobacco industry as the number of global smokers declines 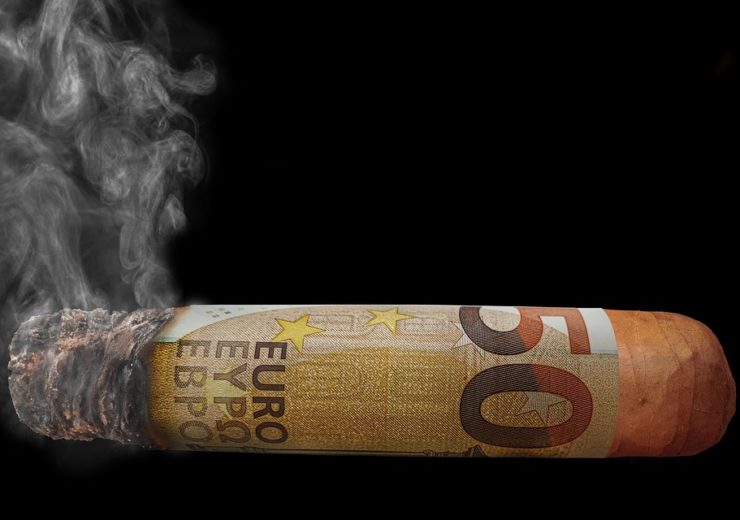 There are roughly one billion smokers in the world who are responsible for the purchase of 5.4 trillion cigarettes each year – but with the World Health Organization aiming for a 30% reduction by 2025, the future of the tobacco industry could be decided on whether it can cope with losing almost a third of its market.

The number of smokers in the US has steadily declined since 2005 and hit a new record low of 14% of the adult population in 2017, according to the most recent statistics from the Center for Disease Control and Prevention (CDC).

This fall has continued apace and in the last two months of 2018, the decline rate was almost triple the previous three-year average.

Unsurprisingly, this has had an impact on cigarette sales, with a 3.5% decrease on the 258 billion sold in 2016 – the equivalent of nine billion fewer cigarettes sold.

But many of the big tobacco firms are investing in e-cigarettes and other alternatives to stay relevant.

More people are turning away from cigarettes (Credit: Max Pixel)

How much are cigarettes taxed?

The US case is symptomatic of a global trend.

“One of the main reasons for this is high taxation on traditional tobacco products, which has pressured the industry and encouraged many smokers to find cheaper alternatives.”

US taxation on the product varies from state to state.

The US market is dominated by four key players – Altria (formerly Philip Morris USA), RJ Reynolds Tobacco Company, ITG Brands, and Liggett Group – which together represent 92% of cigarette sales in the US.

Philip Morris International – which was spun off in 2008 following the Altria rebranding of Philip Morris – is the highest placed tobacco company in the Fortune 500 global table for 2018 at 411th place.

Although British American Tobacco had weaker than expected sales growth, the 453rd-placed company remains an anomaly as it experienced a spike in profits in 2017 as a result of its acquisition of rival brand Reynolds America.

But despite the drop in sales of traditional tobacco products, the impact on these companies’ bottom lines has been offset by the growth in popularity of their electronic counterparts.

An e-volution: The growth of e-cigarettes

E-cigarette sales in the US rose by 132% between 2012 and 2016, according to the CDC, while growth in popularity has been highest among the younger generations – where there were 1.5 million more e-cigarette users in 2017 than the previous year.

The global e-cigarette and vaping market is predicted to reach a value of $47.11bn (£36bn) by 2025, according to US market research group Grand View Research, and America represents the biggest share of the market.

Ms Bryan adds: “As e-cigarettes are still relatively new to the industry, many countries simply do not tax them, and for those that do, the excise tax is often different from combustible tobacco, as is the case in Switzerland.

“There is evidence to suggest that e-cigarettes can be used to help people quit smoking, serving as a ‘safer’ alternative to traditional means.

“52% of respondents in GlobalData’s consumer survey stated that the most important factor when choosing tobacco products is its impact on their health and wellbeing, supporting the correlation seen between users switching to the electronic devices on health grounds.

“Further, according to Smoke-Free World, more than six in every 10 adults use e-cigarettes to quit.”

The transition to so-called smoke-free alternatives is highlighted by Philip Morris International’s decision to commit almost $80m (£61.1m) a year for 12 years to non-profit organisation Foundation for a Smoke-Free World.

The tobacco company even took the unusual step of releasing an anti-smoking manifesto last year.

However the World Health Organization warned the move “cannot be accepted at face value”.

The Juul in the crown

One company in particular stands out – Juul Labs, a US manufacturer of vaping products is notable for its USB stick-shaped design, as well as its domination of the American market.

The e-cigarette manufacturer has been attributed as being the most important driver of cigarette sale declines in the US – either a positive or negative, depending on which side of the fence you’re on.

The popularity of the brand sparked an awareness campaign by the CDC that warned parents and teachers of vaping pens “shaped like USB flash drives” and the Silicon Valley-based start-up has since expanded into the UK, Canada and Russia.

The success of the e-cigarette brand did not go unnoticed by the tobacco industry and, in December 2018, Philip Morris USA’s parent company Altria purchased a 35% stake in Juul in a $12.8m (£9.76m) deal.

The acquisition raised the valuation of Juul to $38bn (£29bn), making it one of the most valuable start-ups in Silicon Valley and worth more than Airbnb and Elon Musk’s SpaceX, according to Bloomberg.

A statement from Altria said: “We are taking significant action to prepare for a future where adult smokers overwhelmingly choose non-combustible products over cigarettes by investing $12.8bn in Juul, a world leader in switching adult smokers.

“We have long said that providing adult smokers with superior, satisfying products with the potential to reduce harm is the best way to achieve tobacco harm reduction.

“Through Juul, we are making the biggest investment in our history to achieve that goal.”

Whether the transition to e-cigarettes is as altruistic as Altria suggests is up for debate, but the tobacco industry’s pivot to e-cigarette production shows there could be a future for the industry giants yet.