AR and VR market: What big firms like Google and Microsoft are doing with the futuristic tech

The AR and VR market has grown in recent years as multiple companies have started to see profit out of the futuristic tech. GlobalData analyst Avi Greengart looks at which companies are leading the way and what the future holds 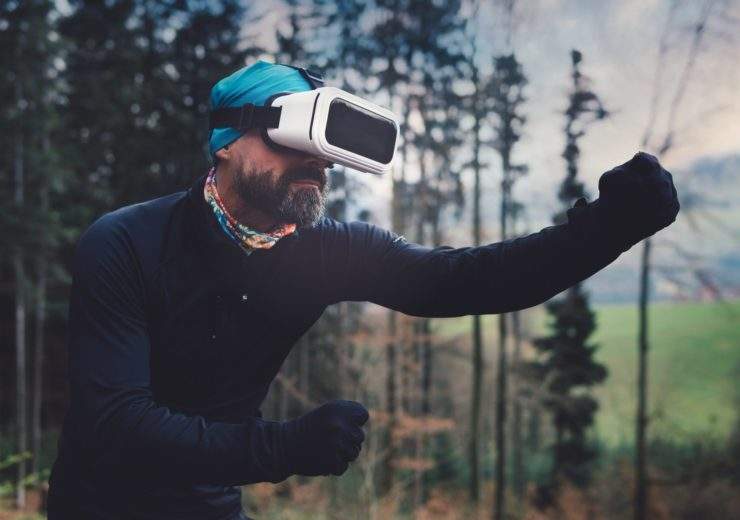 Not so long ago, the idea of digitally-generated content appearing before our eyes belonged to the realm of science fiction – but an AR and VR market has been built on the growing feasibility of these technologies.

What is AR and VR?

Augmented reality (AR) is the placement of computer-generated imagery in a user’s field of view, and it’s been put into practice by the likes of Google, Microsoft and Sony.

It has matured as a technology alongside virtual reality (VR), which replaces the user’s field of view with a seemingly 360-degree panorama and creates imaginary visual content.

In a report on the state of both technologies within the current market, GlobalData analyst Avi Greengart says: “There is plenty of overlap between AR and VR, and some companies insist on inventing new terms for this.

“There is merit to the distinction because at some point AR and VR are sure to merge, but for now, AR and VR are the terms used in the industry.”

Here we analyse some of the highlights of the report and take a look at the current AR and VR market.

Multiple global tech firms have dived into the world of AR and VR, with Oculus, HTC and Sony all launching systems in 2016, while Microsoft joined them a year later.

None of these releases proved completely disastrous, but none of them were runaway successes either, according to Mr Greengart.

“All the vendors have lowered prices, Microsoft’s launch can only be termed a failure, TCL gave up trying to use VR as a differentiator for its Alcatel brand, and Samsung did not mention VR at all when it launched the Galaxy S9 or Note 9,” he explained.

The tech analyst highlights that until there is a “killer app” or game franchise championing VR, it will struggle to provide a secure business model for the firms that offer it.

He said: “Oculus’ parent (Facebook) is hoping VR can become a new social medium, while Sony is focused exclusively on gaming and entertainment.

“VR certainly has a high ‘wow’ factor, but none of the initial software has been compelling enough to pull the entire platform along with it.

“Acknowledging that content is an issue, HTC launched Viveport, a $7 per month VR app subscription service.

“While adult content drove adoption of some consumer technologies (notably VCRs and broadband), it has not been a major factor in VR so far.

“Perhaps VR just needs more Star Wars – Beat Saber is a promising lightsaber-like music and exercise title currently in beta, and Lucasfilm collaborator ILM is working on a licensed title for the Oculus Quest in 2019.”

Apple opting for AR rather than VR

Apple does not have any VR software or hardware at the moment, but AR features heavily in its iOS 12 for iPhones and iPads in the form of ARKit.

“Developers are embracing ARKit – there are thousands of apps available, from games to furniture catalogues to interactive user manuals for Mercedes vehicles,” said Mr Greengart.

“Apple’s momentum with ARKit means the company can bide its time on building an AR headset until it feels the performance or price points have sufficiently evolved.”

What the future of AR and VR market holds

Microsoft HoloLens shows it is close in AR

Microsoft announced its interest in AR in early 2015 via its HoloLens, which was developed in a secret lab beneath its welcome centre.

The Microsoft HoloLens is a set of “mixed reality” goggles that can be used in industrial environments so workers receive holographic images to assist them in performing tasks, such as designing spaces and fixing technical issues.

While some iterations have reached the market in limited forms since then, the tech giant’s product has not yet been released at scale, despite being announced more than three years ago.

Mr Greengart said: “A proper commercial launch of HoloLens is unlikely at this point because Microsoft is reportedly working on a significantly improved version intended for enterprise and high-end consumer use in 2019.”

Mobile carriers to benefit from AR

The GlobalData analyst also argues that mobile carriers have so far been the biggest beneficiaries of AR, having sold a raft of extended batteries to users of Pokemon Go – a smartphone game that used the tech.

Gamers are able to walk around urban environments and find computerised characters from the popular franchise pop up in the “real world”, which they must “catch”.

But it also has an upside for wireless data sold by these companies, as Mr Greengart argues: “Giving repair and installation technicians AR headsets with visual instructions or for see-what-I-see sessions with experts can significantly cut personnel and training costs, but only on site.

“To mobilise these workers and extend the benefits to field workers, each AR headset will need cellular data connectivity, but none of the headsets we have seen have that embedded.

“The short-term opportunity is for carriers to work with Microsoft, PTC, Epson, and Sony to bundle mobile hotspots in their enterprise deployments, but long term, carriers should work to build their services into the hardware itself and create AR-specific 5G pricing plans.”