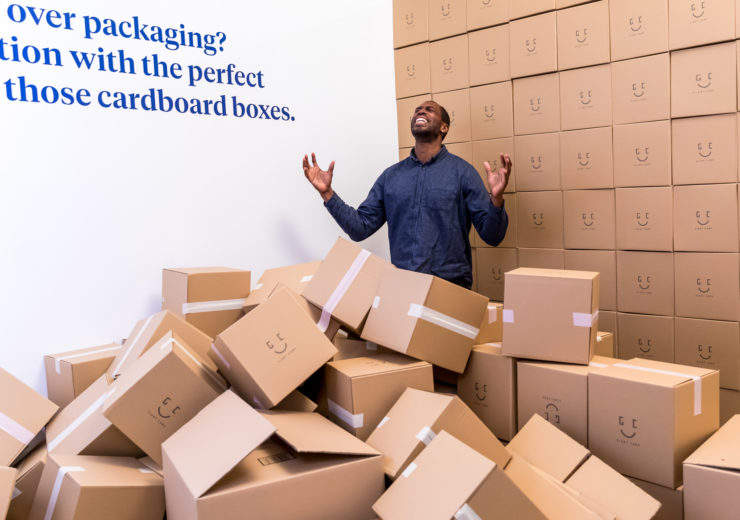 The world’s first rehab centre for Amazon addicts has been launched to help online shoppers curb their “one-click” cravings.

Run by trained therapists, the facility offers a range of interactive sessions aimed at making them think twice about their shopping habits, realise the damage it’s having on the high street and urging them to swap conglomerates for independent businesses.

The move was made as new research from iZettle shows one in three Brits believe they are addicted to online shopping at major retailers, with 8% even admitting to ordering goods from websites either daily or every other day.

Not only could such excesses have implications for their wellbeing and bank balances, it’s also bad for the British high street, with experts predicting up to 100,000 shops are at risk of closing in the next decade.

Athena Duncan is the co-founder of Rebel Rebel, a floristry business in Hackney, and is running a workshop at the rehab centre for Amazon addicts teaching flower arrangements.

She said: “We need our high streets and shops so we can experience real things and touch them taste them and feel them.

“In ten years’ time when we turn round and there are no high streets left it will be too late.

“At our workshops you will experience the fun of playing with flowers and creating something beautiful. We hope this will inspire you to explore your local shops and discover what it is to be real.”

What the rehab centre for Amazon addicts involves

The Giant Corp Rehab Centre, which is open in Redchurch Street, Shoreditch, on Saturday and Sunday (13 and 14 October) from 10am to 5.30pm, comes in the midst of the government’s inquiry into the diminishing high street. Sessions include:

To end the treatment, independent business owners will be on-hand to lead a series of workshops.

These will include florists from Rebel Rebel and baristas from Over Under Coffee, helping participants arrange bouquets and create latte art – while discussing just what it takes to run an independent business.

All participants will leave the rehab centre with a new skill from hands-on workshops and a home “treatment plan” containing hand-crafted products from independent businesses.

Swedish firm iZettle, a start-up formed in 2010 that was bought by PayPal for $2.2bn (£1.7bn) last month, revolutionised mobile payments with the world’s first mini chip card reader and software for mobile devices.

Its commerce platform is used by small businesses in Europe and Latin America and includes tools to “get paid, sell smarter and grow businesses”.

The pop-up rehab centre is part of a wider marketing campaign encouraging UK consumers to think about their shopping habits and support local, independent businesses.

Edward Hallett, managing director at iZettle UK said: “Our research shows that it is time for consumers to start thinking about their shopping habits, and choices, to keep the high street alive.

“Small businesses are the backbone of the economy and create a world with choice and diversity.

“That’s why we provide them with powerful business tools so they can succeed in a world where big businesses are taking over, whether online or in-store.”