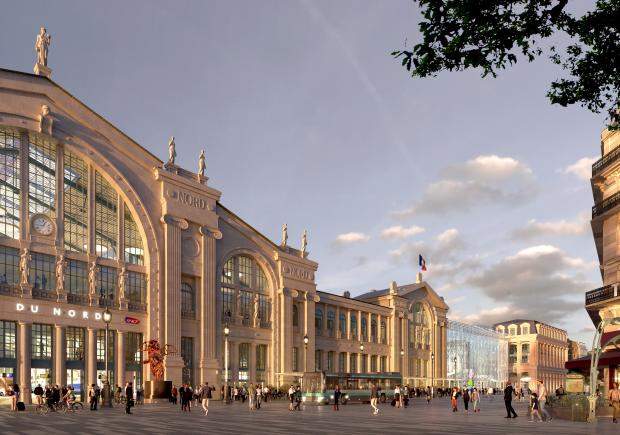 The project aims to accommodate the 100,000 extra passengers expected to accompany the Summer Olympics in the French capital that year, with an estimated 200,000 increase in current capacity to 900,000 by 2030.

It will be a joint venture, 34% owned by SNCF and 66% by property contractor Ceetrus, and will include the construction of a new departure terminal along with the expansion of the existing Eurostar terminal.

Guillaume Pepy, president of SNCF, said: “This project has been a strong ambition for Paris Gare du Nord for some time.

“The new Paris Gare du Nord, which will open to the public by mid-2023, will resemble in many ways St Pancras station in London.

“The project involves a large number of experts from the SNCF team and represents a major advancement for 700,000 daily commuters and high speed rail passengers transiting through the largest European train station.”

Vinney Mulliez, president of Ceetrus, added: “It is a project that combines the high stakes of tomorrow’s urban lifestyle: lively, animated areas for passenger flows that become true living spaces, the role of retail and its evolution, user needs, reconnecting with the city.

“The Gare du Nord project illustrates the commitment of Ceetrus and its ambition to become a global urban player, serving citizens and the cities of tomorrow while enhancing their daily lives.”

Surrounding traffic areas near the Gare du Nord station will be increased in size from 15,000km to 37,000km to accommodate the additional passengers.

The project will also have 2.5 times more lifts and escalators added, along with an overhauled adjacent bus station, 1,200 bicycle spaces and a new station facade for good measure.

Local residents stand to benefit from an additional 59,000 sq ft of co-working space and catering outlets in addition to an events room hosting events and concerts.

And the expansion will also bear the environment in mind, with the addition of 82,000 sq ft of green space and 34,000 sq ft of photovalic panels to harness solar power.

Anne Hidalgo, Mayor of Paris, said: “This ambitious redevelopment of the Gare du Nord, supported by the SNCF Group with the support of the City of Paris, will make it possible to meet two different challenges.

“First to better welcome visitors and also to improve the living environment of Parisians in the neighbourhood.

“With its cultural facilities, co-working spaces, shops and green spaces, the Gare du Nord will become a real community.”