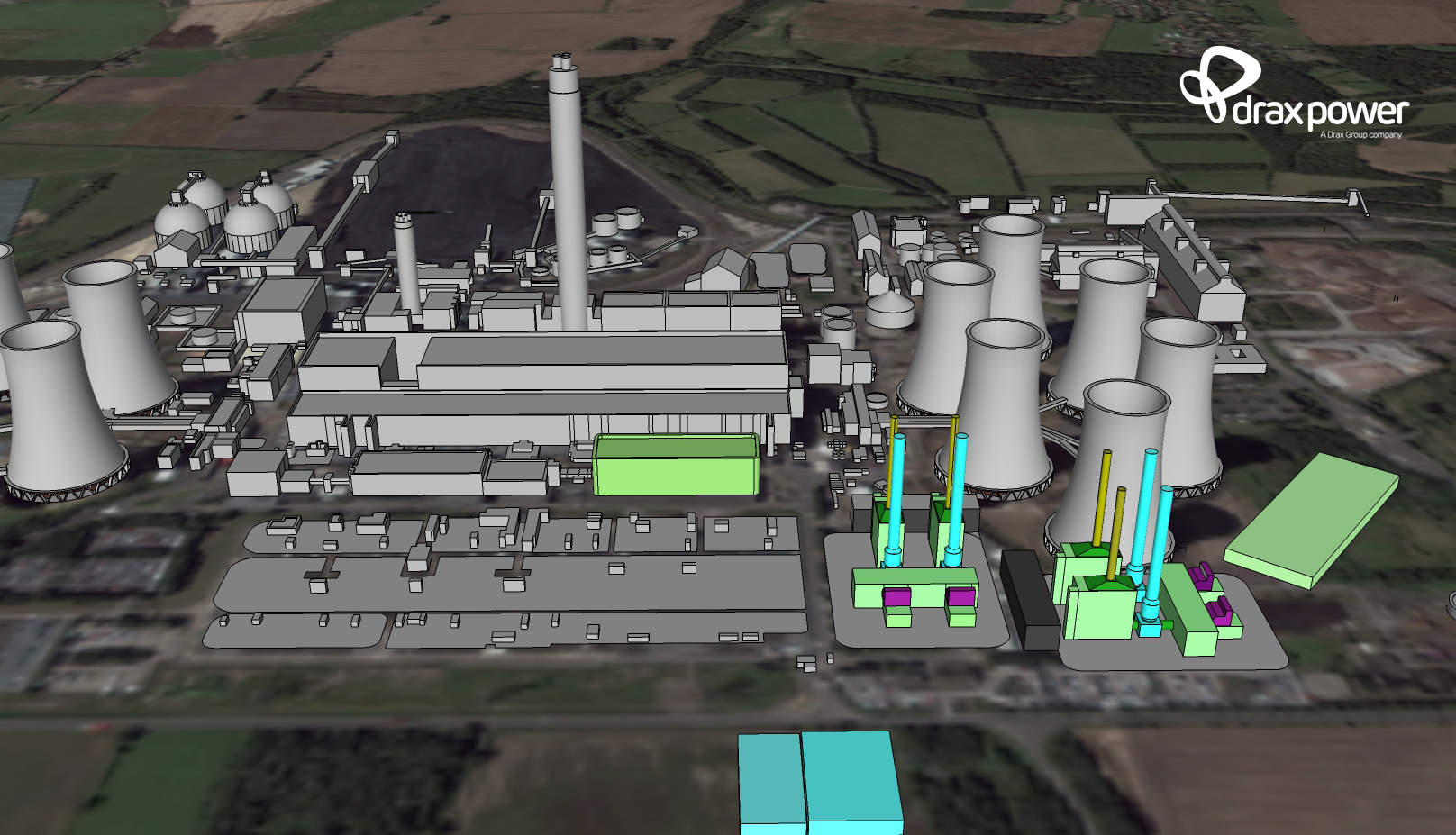 Energy firm Drax has made a bid to secure its future after 2025 after lodging a proposal to turn two of its last coal units into gas generation and battery storage systems.

It submitted a planning application to the UK’s Planning Inspectorate for a Development Consent Order (DCO) as part of the company’s Repower project – which aims to generate 3.6 gigawatts of gas-fired power and 200 megawatts of battery storage at the proposed facilities.

Plans for the power plant in North Yorkshire were revealed in September last year, and Drax claims it has been working on an “extensive” local consultation, as well as engineering and environmental reports for the application.

The UK Government has committed to new pollution standards that will phase coal out of all electricity generation by 1 October 2025.

Drax Power CEO Andy Koss said: “With our gas Repower plans and the conversion of a fourth generating unit this summer to use biomass instead of coal, we intend to extend the life of the plant, protect jobs and deliver the flexible and reliable power millions of households and businesses need.

“Working with the communities local to the power station has been an integral part of the process.

“The Repower project could secure the future of the power station beyond 2025, when the Government says coal must come off the system.”

Should the application from Drax be approved, the company’s power plant will be free of coal units once the remaining two are converted.

The Planning Inspectorate can take 28 days to decide whether or not it will accept the company’s application.

Business secretary Greg Clark will then be allowed to consider the plans. It is expected that a final decision will arrive in 2019.

Drax has already changed three coal units to make use of eco-friendly wood pellets and released plans for a fourth conversion.

A few weeks ago, the company also announced it would kick-start bio-energy carbon capture storage (BECCS) that could see the plant producing “negative emissions”.

Eight coal power stations remain in the UK after three plants shut in 2016.

One is expected to cease generating electricity this year and most are expected to halt operations by 2022.

The last ones standing will be forced to close in 2025, ending 140 years of coal power in Britain, unless they are fitted with carbon capture technology.