Community solar is a growing force in the US, particularly among the northern states, while some places have taken the idea one step further by installing their own microgrids 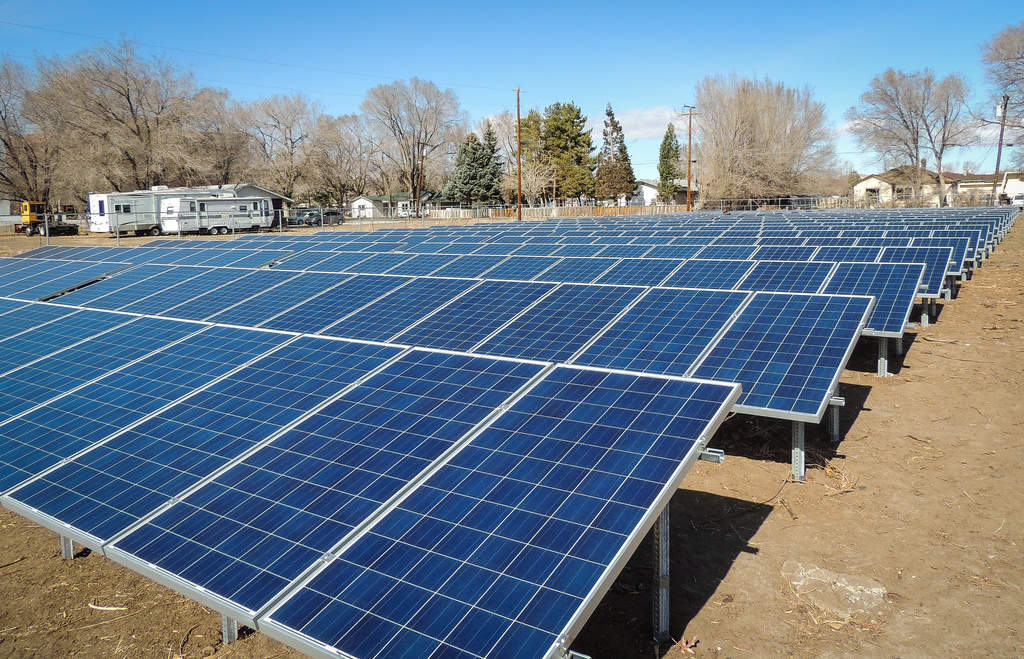 More than 1,000 megawatts (MW) of community solar energy – enough to power about 165,000 homes – was installed in the US during the first quarter of this year, according to a new report.

The study by non-profit Solar Energy Industries Association (SEIA) also found that 42 states across America are home to at least one community solar project, in which a power company invites nearby residents and business to buy shares in a solar array so they can benefit from the scheme.

After the installation of 1,023MW between January and March, further projects are planned that could produce three gigawatts (GW) – the power required for 500,000 homes – set to be introduced over the next three years.

America‘s northern states are pioneering this progress, with Colorado introducing the first pilot projects in 2011 – a 78-kilowatt (kW) array in the western part of the state.

Minnesota has since become the country’s biggest proponent of the technology, with the most community solar installed of any state to date – however, its projects don’t include much support for households, meaning the majority of their capacity is accounted for by commercial clients.

What is community solar?

Community solar is a way for households and businesses to access solar power, even if they rent, live in multi-tenant buildings or aren’t able to implement their own solar system.

It involves the construction of local facilities, owned by utilities, which sell shares to community members who receive tax credits on their electricity bills according to their share of the power produced.

Another models involves allowing community members to invest in a portion of a local solar facility, and receive credit accordingly.

Others such as Illinois, New Jersey, and Oregon are close behind, not yet having installed any arrays but moving in the right direction by encouraging shared solar growth through active policy reform.

One community in the US has taken the idea of self-sustaining solar energy completely into its own hands.

After a construction crew in the village of Ocracoke in North Carolina’s coastal Outer Banks region accidentally cut power to the island, the residents sought to take advantage of cheap solar panels and batteries to produce and harness their own energy.

Tideland EMC, the local power company, added rooftop solar panels and two large Tesla batteries to the building that houses the original diesel generator after prices for both dropped in the wake of the accident.

The batteries can store 0.5MW of excess energy, which can be used during the peak summer months, when thousands of tourists flood the island and energy use triples to roughly 7MW.

While the diesel generator is now functional again, Oracoke’s solar microgrid remains a vital back-up to its energy system.

In the wake of Hurricane Maria last summer, Puerta Rica is now looking to follow suit with a solar-powered microgrid of their own.