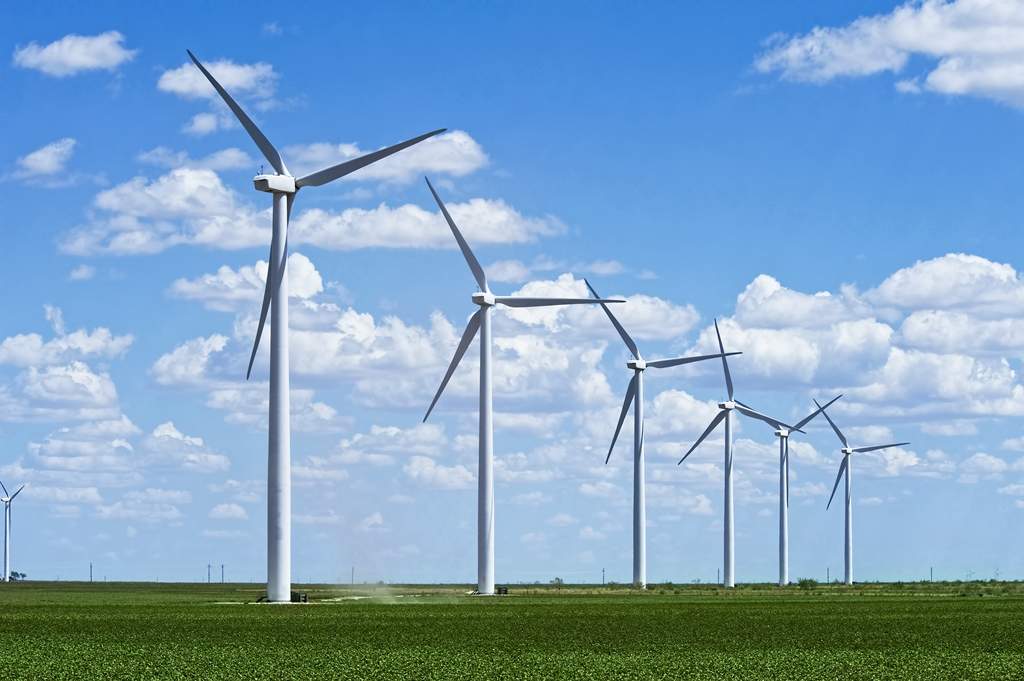 Amazon is the world’s largest web-based retailer. Furthermore, it is now the third-largest retailer full stop. In June, Jeff Bezos’ juggernaut rolled on with the $13.7 billion takeover of Whole Foods Market.

On Thursday, the billionaire could be found atop a wind turbine for the launch of Amazon’s latest green energy project. Named (rather underwhelmingly) Amazon Wind Farm Texas, the facility is the retail giant’s 18th US renewable energy project.

When Bezos dreams up a new business venture, he thinks big.

Amazon Wind Farm Texas in the west of the Lone Star state is the company’s largest wind project to date. It boasts 100 turbines that will add one million megawatt hours (MW/h) of energy to the grid.

As a result, the farm in Scurry County will be able to power over 90,000 American homes for a year.

The turbines are around 91m (300ft) high and boast a rotor width that’s twice the wingspan of a Boeing 787. Lincoln Clean Energy owns and operates the facility, which took a year to build.

Amazon also plans to add solar rooftops to 50 of its packing warehouses or ‘fulfillment centres’ by 2020. Together, they will provide clean energy to 330,000 homes.

Renewables such as wind and solar PV are becoming cheaper by the year.

As a result, tech heavyweights are investing in clean energy technologies that boost their green credentials − and their bottom line.

Facebook uses wind energy to power its data centre in Fort Worth, Texas is powered by a wind farm. Likewise, Google has signed 2.5GW of contracts and committed to $2.5 billion of renewable investments.

Microsoft recently announced that it will buy 100% of the electricity produced by a new wind farm in Ireland.

“Investing in renewable energy is a win-win-win-win,” Amazon’s Kara Hurst said in a statement. “It’s right for our customers, our communities, our business, and our planet.”

Read about the latest news and views from the US wind energy industry in World Wind Technology.