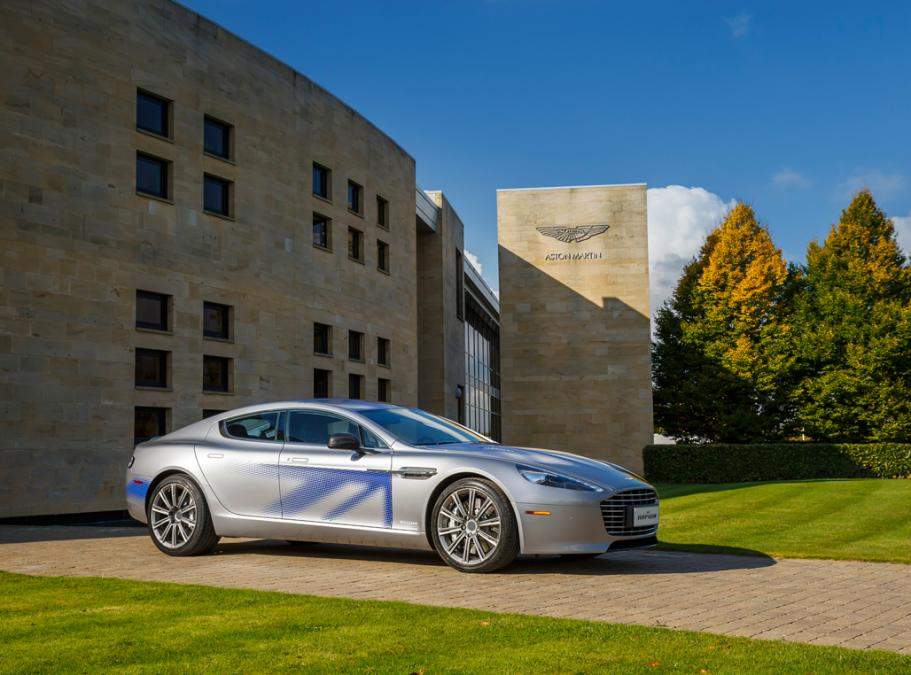 The first dedicated battery factory for electric and hybrid cars is to open in Britain – with the team behind the Williams Formula 1 motor racing team playing a key role.

The multi-million pound plant will be launched in Coventry – where the first ever British car was built by Daimler 120 years ago – early next year, creating 90 jobs, and begin supplying Aston Martin’s first electric supercar.

Business, Energy and Industrial Strategy Secretary Greg Clark welcomed the move as a “significant step forward” in the UK’s contribution to reducing carbon emissions, while electric cars have been identified by the government as a key pillar of its Industrial Strategy.

Craig Wilson, managing director of Williams Advanced Engineering, said: “Today marks a proud day as we bring together two innovative companies to deliver cutting-edge technology that will literally power the future of sustainable transport in the UK and beyond.

“We are pleased to be working with Unipart, growing a new capability for our sector in this country for hybrid and electric vehicles, securing the on-shore supply chain for the long-term.

“Hyperbat will also deliver into high performance battery applications beyond automotive, delivering innovative technology and high value manufacturing, as well as jobs for the next generation workforce.”

Williams said the factory will provide a secure future supply chain for UK-based car-makers as their vehicles transition to electric power, with the potential to provide similar solutions to developing marine and aircraft projects in the future.

Following construction, Hyperbat will begin operations at the site in early 2019, with the first batteries due to power the Aston Martin RapidE – a battery-powered version of its existing petrol-driven Rapide model – in a limited production run.

The batteries could be twice as powerful as those in Elon Musk’s Tesla electric vehicles, according to The Times.

It aims to make 10,000 battery and power systems a year at the site and will target other luxury vehicle brands including Bentley, Rolls-Royce and fellow Coventry manufacturer Jaguar Land Rover.

While Nissan also has a battery factory for its Nissan Leaf electric vehicles located next to its car manufacturing plant in Sunderland, Hyberbat’s will be the only dedicated production site and the largest.

Williams, while best known for its F1 supercars, has also powered all the electric vehicles on the grid of the ABB FIA Formula E championship, while taking on varied projects like the Vanda Electrics Dendrobium electric hypercar and the Jaguar Vector Racing world speed record-breaking electric boat.

In April this year, it won the Queen’s Award for Enterprise in the innovation category for its work translating learning from the Formula E battery project into commercial applications.

Unipart, meanwhile, is well-known for its expertise in automotive manufacturing, logistics and supply, which it hopes to use in producing more environmentally-progressive equipment to fuel the future of road transport.

The company will convert a century-old building, in Beresford Avenue, which was most recently used to produce vehicle exhausts and was once home to Riley, one of Britain’s first car manufacturers.

Unipart managing director Carol Burke said: “We have developed an advanced manufacturing facility on our Coventry site – the very site in which the British auto industry produced some of its first petrol vehicles.

“It is fitting that this site will now provide clean, sustainable electric batteries that can be tailored to individual auto manufacturer’s requirements and available to a wide range of companies seeking to introduce electric vehicles into their ranges.

“Using some of the most advanced manufacturing capabilities in this field, Hyperbat’s production facilities will be highly adaptable to meet the changing requirements of future demands, while also addressing opportunities from non-automotive sectors looking to introduce sustainable propulsion into their product ranges.”

Williams said the joint venture was inspired by H1PERBAT, a consortium it led that was funded by the Advanced Propulsion Centre – a not-for-profit organisation that funds research and development projects for low-carbon emission tech.

The initial scheme was established to build a high-performance, low-volume and flexible battery capability in the UK.

“Through the Industrial Strategy, the government is building on our world leading strengths in auto manufacturing and clean growth, making the UK the go-to place for these technologies and boosting the economic opportunities presented by our transition to a low-carbon economy.”