What is Hyperloop? The future of rail travel will be faster than aircraft 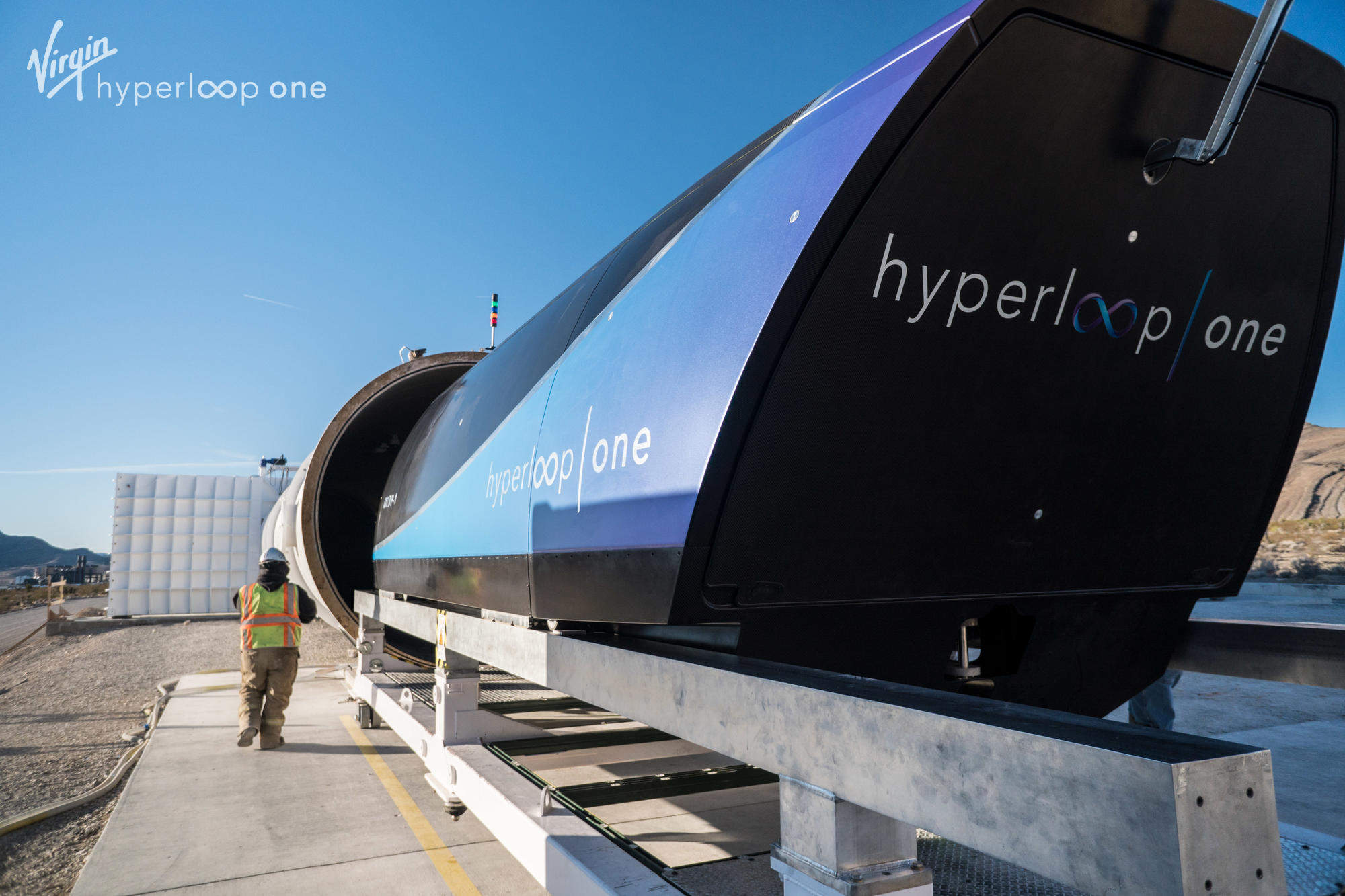 In an age when our time has never been more valuable, getting from A to B in the speediest of fashions is crucial. Now there is a technology on the horizon that could transform transport, but what is Hyperloop?

The UK is investing billions of pounds into HS2, and while it could speed up journey times across the UK significantly, this is only where the future of transportation begins.

The next stage in passenger transport’s evolution is Hyperloop, which offers faster-than-flight ground transportation at a fraction of the price.

First proposed by Tesla founder Elon Musk in 2012 as a “fifth mode of transport”, it is intended to revolutionise travel by potentially completing journeys such as London to Edinburgh in as little as 45 minutes.

It might sound somewhat far-fetched, but the technology is getting closer and closer to becoming a reality. In light of its impending arrival, we break down the details.

What is Hyperloop? How it works

Hyperloop transport works by propelling pods holding passengers through a narrow, elevated tube spanning the distance between their starting point and destination at up to 760mph – almost 200mph faster than a commercial airliner.

For his original LA to San Francisco Hyperloop idea, Musk – who isn’t actually involved with any project – estimated its development would cost less than $6bn (£4.4bn) and foresaw customer tickets costing no more than $20 (under £15).

Depending on the company, Hyperloop capsules will hold between ten and 30 passengers and, owing to the lack of air resistance in the low-pressure tubes, have the potential to transport thousands of people every day using external electric motors on the train.

They would be powered by solar panels, if Musk’s original vision is to be adhered to.

The passenger pods will rest on air skis and use magnetic fields to further support them and guarantee a smooth and seamless trip.

The lightning-quick journey times mean pods could leave around every 30 seconds, if there was the demand for it, uniquely positioning Hyperloop as an on-demand public transportation service.

Estimates put its travel times from New York to Los Angeles at four hours and 28 minutes and Barcelona to Berlin at one hour and 45 minutes.

What is Hyperloop? Here’s who’s working on it and where

Several companies are working on the technology, including Virgin, which partnered with American firm Hyperloop One in October 2017 to begin work on a prototype intended to propel customers over the 87-mile stretch between Dubai and Abu Dhabi in just 12 minutes.

Hyperloop One, based in Los Angeles, is also looking to transport cargo and is working on a feasibility study with DP World – the Dubai Port Authority – with the aim of moving containers out of the Jebel Ali port in Dubai.

As well as this, Hyperloop One entered into a memorandum of understanding with the government of Maharashtra, a state in India, in February this year to construct a route between Mumbai and Pune that would take just 20 minutes – 12.5% of the current three-hour journey time.

It also has plans to build a customer route between Helsinki and Stockholm tunnelling beneath the Baltic Sea to transport passengers in less than 30 minutes.

Dutch company Delft Hyperloop has its own design for the transport technology, known as Atlas, with a proposed route between Paris and Amsterdam.

And antother Dutch company Hardt Hyperloop claims to be the fastest-growing Hyperloop company in the world, and works on transport solutions for overpopulated cities and inaccessible rural areas.

Elsewhere, American research company Hyperloop Transportation Technologies (HTT) is currently obtaining permission from the Indian Government for a route between Chennai and Bengaluru – a distance of 345km to be traversed in 30 minutes.

That’s in addition to its proposed route between Bratislava, Brno and Prague, for which it signed an agreement with the Slovakian Government in January 2017.

What is Hyperloop? When will it be here?

While the logistics, mechanics and potential locations of Hyperloop are rapidly taking form, the release date for the future of travel is a little more uncertain.

HTT is building a test track in Toulouse, France, to be completed next year but has not confirmed whether or when it will build a passenger-ready route.

It is also due to begin building a 10km track in Abu Dhabi, near the site of Expo 2020 and Al Maktoum International Airport, with the aim of having it operational by 2020.

It is part of a goal to eventually connect Abu Dhabi to Al Ain, Dubai and Riyadh, Saudi Arabia.

Meanwhile, speaking about his own Hyperloop One, Virgin founder Richard Branson has previously said: “While making timing predictions is no exact science, we are hoping to be ready to go in 2021.”

However, estimates vary as CEO Rob Lloyd alluded to a 2022 launch date when he said last year: “From a technological point of view, we could have a Hyperloop One system in the United Arab Emirates in the next five years.”

And during London Tech Week 2018, creative director of Virgin Hyperloop One Colin Rhys predicted its arrival to be around 2023.

Architecture design network UNStudio unveiled its vision for the “station of the future” at the first ever HyperSummit on 13 September 2018.

Its Futures Team worked with Hardt Hyperloop on its Implementation Programme to create a vision for the urban integration of a Hyperloop station in cities and towns of varying sizes.

Both organisations ensured their design included a modular, connected framework, from station platforms to functional spaces and the roof which extends over the transfer hubs.

UN Studio management team member Ben van Berkel: “The Hyperloop is not only a realistic and viable alternative to flying, it is going to revolutionise travel.

“It will provide extremely fast direct connections between cities, enabling completely new ways of working and spending our leisure time, which in turn will lead to a multitude of economic, environmental and knowledge exchange benefits.”