How the 2018 Budget affects business – from SMEs to tech giants 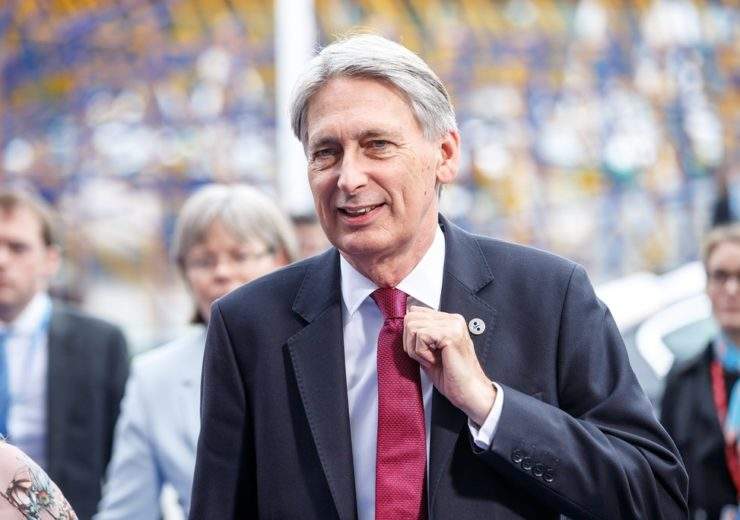 With a promise that “an end to the era of austerity” is near, how the 2018 UK budget affects business was high on the agenda after Chancellor Philip Hammond unveiled the country’s spending and taxation plans.

The Chancellor’s pledge would mean an end to public spending cuts and a return to investment.

However, with the Brexit deadline of 11 March 2019 fast approaching, it is a budget that must also take into consideration the impact of leaving the European Union.

With this careful balancing act to be considered, the overall commitment will leave the medium to long-term outlook for government borrowing “little changed”, according to the Office for Budget Responsibility.

The major beneficiary of the budget will be the NHS, with Mr Hammond reiterating the commitment of £8.4bn for the public health service over the next five years, which was first announced by Prime Minister Theresa May in June.

Other announcements will see tax relief for smaller high street businesses and a digital service tax for the US tech giants based in the UK.

How the 2018 budget affects business: A £675m boost for high street businesses

It has been a difficult year for high street retailers with House of Fraser, Debenhams and Toys ‘R’ Us among the big names to close stores.

In a bid to improve the current situation for businesses, Mr Hammond pledged to cut business rates by a third for all retailers with a rateable value of £51,000 or less for the next two years.

This will help small businesses by bringing them an annual saving of “up to £8,000 for up to 90% of all independent shops, pubs, restaurants and cafes”, he said.

An additional £675m of co-funding was also committed to create a Future High Streets Fund, which the Chancellor said will “support councils to draw up formal plans for the transformation of their high streets, to invest in the improvements they need and to facilitate the redevelopment of underused retail and commercial areas into residential”.

“The £900m extension to small business rate relief gives an estimated 500,000 independent shops a boost but does nothing for the long list of struggling retail chains who were hoping that they would have their tax burden reduced,” he said.

“Physical retail chains continue to bear a disproportionate burden of business rates, and while the current government included a manifesto commitment to conduct ‘a full review of the system to make sure it is up to date for a world in which people increasingly shop online’, it continues to avoid tackling the issue head on.”

How the 2018 budget affects business: A budget for UK SMEs

During his budget speech in the House of Commons, Mr Hammond announced a series of measures aimed at tech start-ups and SMEs, which he hopes will show “Britain is open for business”.

He claimed that “the real engine of growth is enterprise” and that he wants “Britain to be one of the great winners of the technological revolution”.

To that end, the budget included an increase to the annual investment allowance from £200,000 to £1m for two years.

Targeted relief for the cost of acquiring IP-rich businesses and a permanent tax relief for new non-residential structures and buildings were also announced.

An additional £200m of funding was also set aside for the British Business Bank to replace access to the European Investment Fund – an EU agency for the provision of finance to SMEs – which the country will likely lose access to following Brexit.

Mr Hammond also claimed the government would be backing 10,000 entrepreneurs by extending start-up loans funding to 2021 and extending new enterprise allowance for benefits claimants to help get their businesses off the ground.

The government is also working with the Financial Conduct Authority to expand access to the financial ombudsmen service for larger SMEs, which resolves complaints between financial businesses.

Smaller firms taking on apprentices will now only have to pay for 5% of their apprenticeship training bill – rather than the 10% they previously had to – with the government paying for the remaining 95%.

Insurance Premium Tax (IPT) was also kept at its current 12% cap. David Martin, director of SME and corporate partnerships at Allianz Insurance, said this was “a pleasing decision”.

He added: “We should be pleased that our customers can continue to purchase the insurance protection their business needs without fear of a rise in IPT.”

How the 2018 budget affects business: A digital service tax for tech giants

Speaking directly to some of the US tech giants, such as Google and Facebook, that base parts of their operation in the UK, Mr Hammond said: “It is not sustainable or fair that digital platform businesses can generate substantial value in the UK without paying tax in respect of that business.”

In order to address this, the Chancellor announced the introduction of a Digital Service Tax, which he described as “a narrowly targeted tax on the UK generated revenues of specific digital platform business models”.

He added: “It will be carefully designed to ensure it is established tech giants, rather than our tech start-ups, that shoulder the burden of this new tax.”

The Digital Service Tax will be paid by companies that are  are profitable and which generate at least £500m a year in global revenues and will come into effect in April 2020.