When starting his own business, Wagamama founder Alan Yau looked to the biggest rivals in the fast food market. He shares his secrets in a podcast about how the likes of McDonald's provided a useful lesson that helped him build one of the UK's biggest Asian casual restaurant chains. Sam Forsdick picks out the key parts 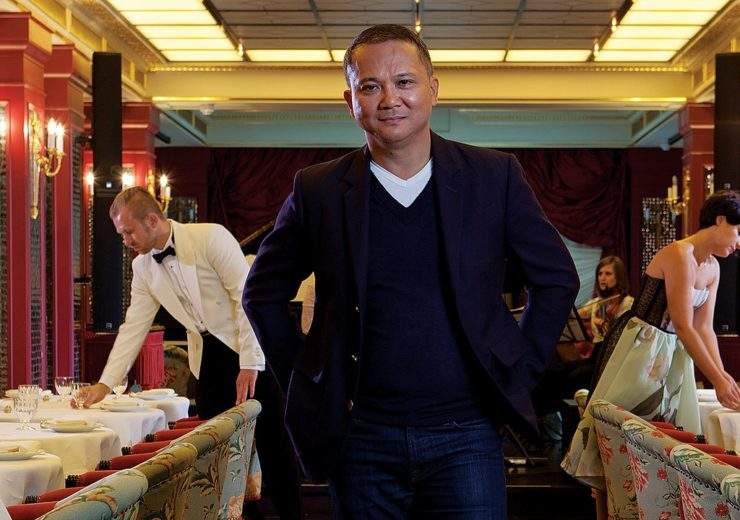 He’s the original brains behind one of Britain’s biggest restaurant chains – and now Alan Yau has shared the secrets to how he put the foundations in place for Wagamama’s runaway success.

The 55-year-old, born in Hong Kong but a British resident since 1975, founded the Asian casual diner chain when he opened a branch in Bloomsbury, within London’s West End, in 1992.

He sold the company to a venture capitalist five years later and it has gone from strength to strength, with more than 140 locations across Britain and overseas.

But that was only the beginning of Yau’s story, as he went on to launch more foodie concepts, including upmarket Chinese restaurant group Hakkasan – which won a Michelin star in 2003 – casual Thai diner chain Bubasa Eathai, Chinese entertainment restaurant Park Chinois.

The app’s official launch is imminent and will create a community space for users to discover new tastes and eating haunts.

In an interview with business and innovation podcast Frontiers, Yau – who was awarded an OBE by the Queen in 2006 – revisited his career and how he became one of Britain’s foremost restaurateurs.

When starting out, Yau managed to get the ex-chairman of KFC on board as a consultant.

Yau says: “The first thing he got me to do was to spend three months at a KFC in Gloucester Road.

“He told me: ‘Your next project should be McDonald’s. In terms of your learning curve, you will get a real understanding of the industry and for fast food.’”

On his return to London, Yau decided to launch Wagamama.

He describes it as the “biggest turning point” in his career as the then-20-year-old was taught how to compete with the best in the industry.

“I could not imagine the level of success we would get – especially as during that period in the UK we were experiencing a recession,” he says.

Yau adds: “Whatever I do, I want to make it very ambitious.

It helped Yau to form the concept for Wagamama, as he recounts: “When I heard about ramen [a Japanese noodle soup dish], it wasn’t the product that drew me in, it was the McDonald’s training mentality of being a single product with three components – the soup base, the noodles and the toppings – and that was it, so I really felt at ease with the core product.”

Alan Yau on the importance of design

A sense of space and the vibe it can create is crucial for Yau and his restaurants.

“For me, that is the most important notion of design,” he says.

“For example, you can create a certain feeling within the space by how you light it and you can create the level of comfort by the depth of the table in terms of the relationship between the two diners.

“I find it extremely exciting because you can impact a space, a room or a building without people knowing what you’ve done.

“That aspect impacts the most in relation to whether you feel comfortable – that’s the dialogue, that’s the narrative and that’s the goal.”

Yau first found meditation as a method of de-stressing after suffering from facial paralysis.

After using it as a method to speed up his recovery, Yau found it had other benefits for his mental state.

“Meditation helps to de-stress and allows you to have a bigger thinking and creative capacity,” he says. “I feel I’m a better person as a result.”

Yau was ordained as a monk in 2010 after meditating sparked his interest in Buddhism.

He adds: “By going into the temple, becoming a monk and through the course of meditating, it has helped me to enhance my level of sensitivity to the spiritual side of things and at the same time it allowed me to have a better feeling towards buildings and space.”

Alan Yau on the future of the restaurant industry

Although a carefully-designed restaurant space is important, the disruptive nature of technology has also had an impact on the industry.

Yau says: “With the rise of home delivery logistics like Deliveroo and Just Eat and so on, I really think that technology has truly disrupted the food sector in the same way it has disrupted the entertainment sector.”

Wagamama has dabbled in new tech itself and partnered with Mastercard to create an app for diners at their restaurant.

He predicts the home dining market will increase “in a way that will be as comprehensive as the eating out market”, adding: “I don’t think it’s a bad thing, it’s another platform and it’s a different type of experience, which I think will grow and grow.”

The number of restaurants specialising in a single “mono-product” will also grow according to Yau, who believes that is where you get “the quality and the consistency”.

Craft products with a chef owner will also become more popular as the middle-class looks to spend their money on experiences rather than material goods.

Crucially, Yau believes anyone looking to get into the restaurant industry must be passionate.