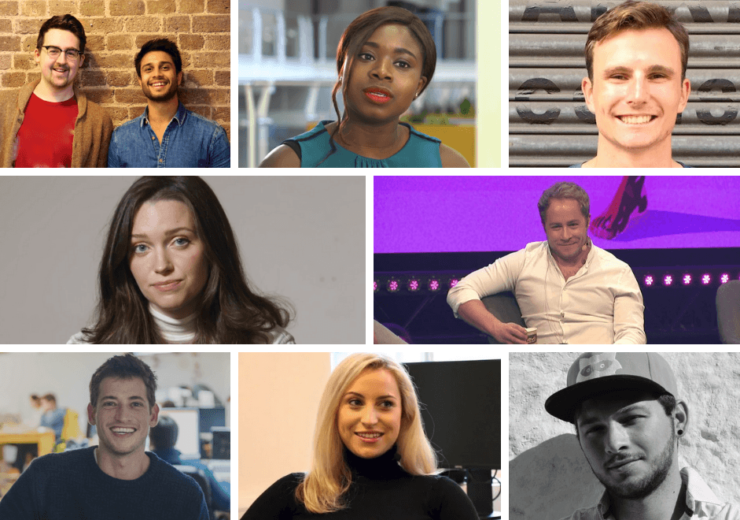 A “LinkedIn for black professionals”, office rental space marketplace and software that makes people untraceable are among the innovations dreamed up by some of the top young entrepreneurs in Europe.

They have taken centre stage after being picked by US business magazine Forbes for its European 30 Under 30 list in the technology category.

Candidates from across the continent are included in the line-up, ranging from the founders of London fintechs to Barcelona-based AI start-ups – and even featuring the daughter of a global rock star.

Here are the young tech entrepreneurs who are looking to take on industry giants in 2019.

The room rental platform uses machine learning to match flatmates and markets itself as a modern take on the old classified ads approach to finding shared homes.

Mr Pierre first came up with the concept for a personalised recommendation service at the age of 25 in 2015.

Since then, the company has expanded to other major European cities including Amsterdam, London, Madrid, Paris and Rome.

Dubbed the “LinkedIn for black professionals”, the app connects managers and CEOs to young entrepreneurs looking for mentorship, careers advice or collaborations.

After originally gaining a scholarship at the University of Florida to compete in the javelin, Ms Oniwinde was inspired to move into the business world following the networking experience she picked up while studying.

Barney Hussey-Yeo is founder and CEO of Cleo, a fintech start-up that uses the Facebook Messenger app to help users keep track of their finances.

Cleo has more than 900,000 active users who use the service to help manage their personal budgets and boost savings.

The London-based company has raised £11m from investors.

Jordan Hewson, the daughter of U2 lead singer Bono, appears on the Forbes list for her tech start-up Speakable.

The company’s first product is an “action button” that can be embedded at the bottom of news articles allowing people to donate or sign petitions pertaining to the issues raised in the story.

Speakable has partnered with more than 30 different charities, including Amnesty International, Breaking Ground and Care and hopes to encourage people to change the headlines as well as read them.

While the company is headquartered in New York City, 29-year-old Ms Hewson was born and raised in Dublin.

Tom Watson and Tushar Agarwal developed their concept for an online marketplace for office rentals while they were studying at Warwick University and London School of Economics respectively.

The pair managed to secure backing from Dragon’s Den star James Caan for their business idea, called Hubble, and raised £4m in an initial funding round last month.

Founded in 2014, the platform searches larger offices for spare desks and bookable space that smaller SMEs can use.

Phoebe Hugh founded Brolly at the age of 26 and, in the space of three years, the company has raised £1m in seed funding.

Brolly is an AI-led insurance assistant that provides personal recommendations and allows users to manage multiple insurance policies from the same platform.

The initial app was developed at a hackathon and is now backed by some of the major UK insurance companies such as Hiscox, AXA and LV.

The app provides information on events, special offers and incidents such as emergencies happening in a user’s local area in real time.

Jodel users can vote for their favourite events, deals and discussions so the most relevant information appears at the top of timelines in the community.

Harry Keen claims to have founded the only anonymisation product currently on the market.